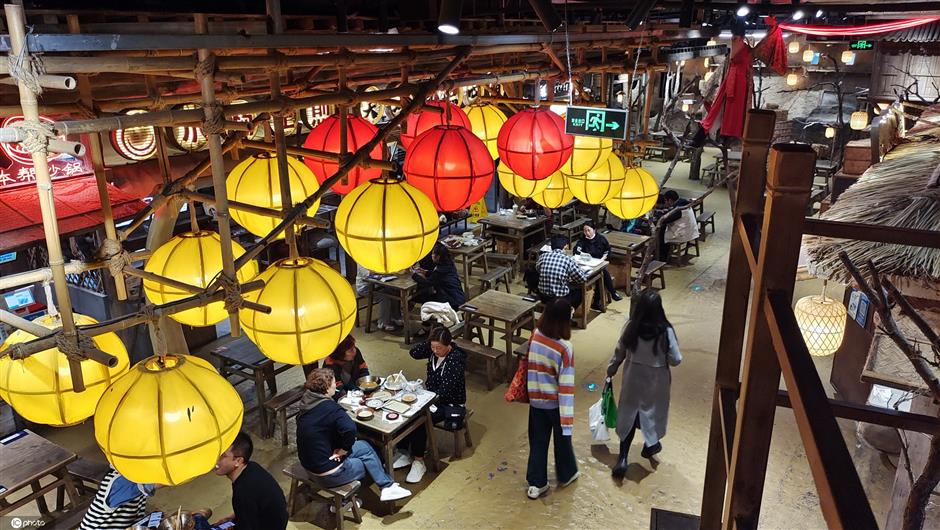 Customers dine at a local restaurant in Shanghai.

All people traveling or returning to Shanghai from other provinces will be banned from entering a list of public venues, including eateries and supermarkets, for five days upon arrival.

From Thursday, they will receive a notification saying "less than five days upon arrival" on their health and venue code pages, the city's anti-COVID authority said on Tuesday.

However, they are allowed to take public transport bus and Metro as well as go to work within the five days of arrival.

Hospitals and banks are also excluded from the list of banned public venues, Shanghaifabu, the city's official WeChat account, explained in reply to online requests.

Apart from the nucleic acid test upon arrival and three daily tests as previously stipulated, they are required to receive an additional polymerase chain reaction (PCR) test on the fifth day of their arrival.

The notification on the health and venue code pages will be removed if the test result comes back negative.

The new rule will be adjusted according to the pandemic situation, officials said.