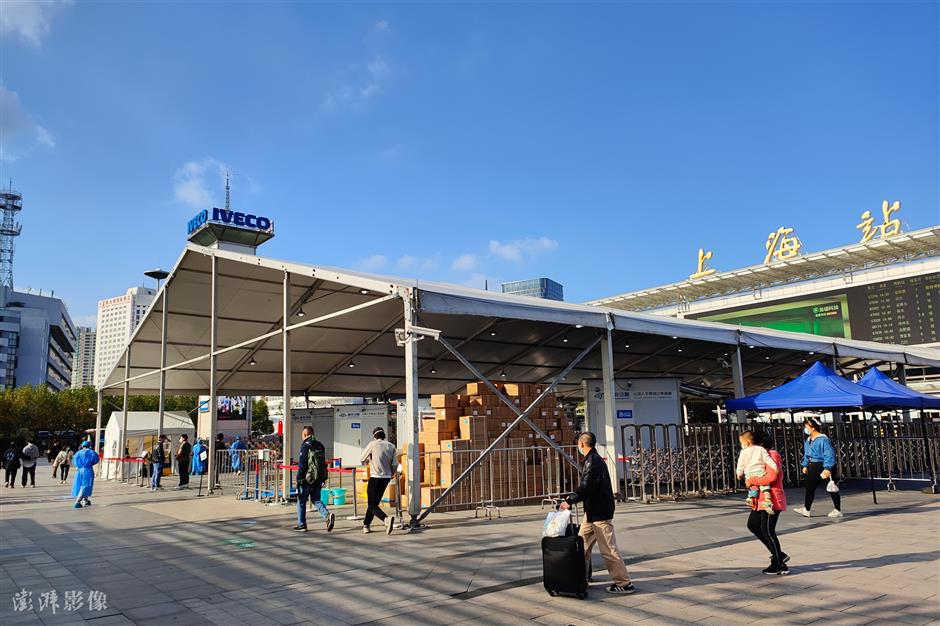 Shanghai on Wednesday reported two COVID-19 community cases, amid a new pandemic resurgence, mainly caused by infections from other provinces.

A total of 155 positive cases were reported in the city between Sunday and Tuesday. Over 80 percent of them were related to the "spill-over cases" from other provinces and cities, the city's health commission said on Wednesday.

From Thursday, all people traveling or returning to Shanghai from other provinces will be banned from entering a list of public venues, including eateries and supermarkets, for five days upon arrival.

The newly reported cases include a 25-year-old woman, listed as a confirmed case in mild condition, who lives in Huacao Town of Minhang District.

The other asymptomatic case, a 41-year-old man, lives in Zhongshan Subdistrict of suburban Songjiang District. He returned to Shanghai recently, having been to other provinces. 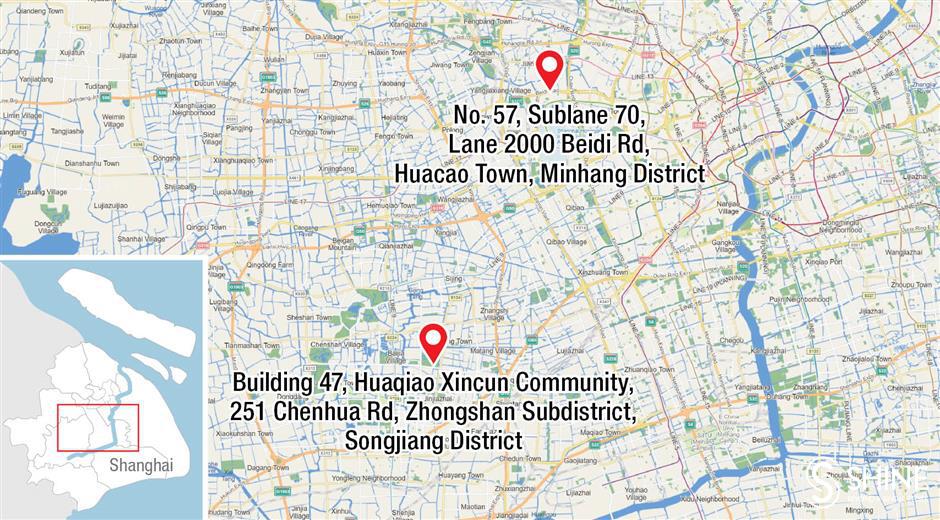 Both tested abnormal during recent regular polymerase chain reaction (PCR) screenings, and have been put under quarantined medical observation or treatment at a designated hospital, the Shanghai Health Commission said.

Apart from her accommodation, the woman had been to several restaurants and convenience stores along with a KTV and live music club in Minhang, Hongkou, Changning, Jing'an, Xuhui and Putuo districts.

The man had been to several eateries and stores in Songjiang, apart from his accommodation.

A total of 1,596 close contacts of the new community cases had been traced and placed under central quarantine as of 4pm on Wednesday. Among them, 1,081 have tested negative.

A total of 417,515 related people have been screened, and all tested negative. Nine items at the duo's accommodations returned positive tests among the 239 items and environmental samples.

Their accommodations have been listed as high-risk areas and put under lockdown.