During the event, organized by the Songjiang District Women's Federation, two lists ― one of elite female executives and the other of elite female entrepreneurs ― were released. At the same time, the first batch of sci-tech and industrial innovation bases for female entrepreneurs in the nine cities were also authorized. Ten women representatives delivered speeches on site or via video link.

"Great importance should be attached to technological innovation, modern industry and the development of female talent," said Li Ming, vice president of Shanghai Women's Federation. "I hope these innovation bases for female entrepreneurs will play their role in the development of the G60 Science and Technology Innovation Valley."

A total of 47 elite female professionals and 41 business projects were selected for the campaign initiated in September. 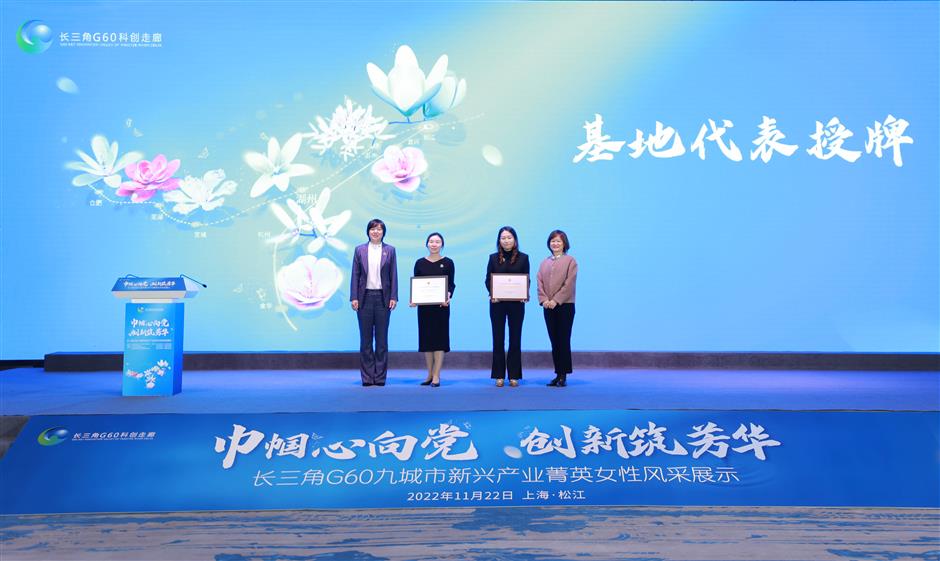