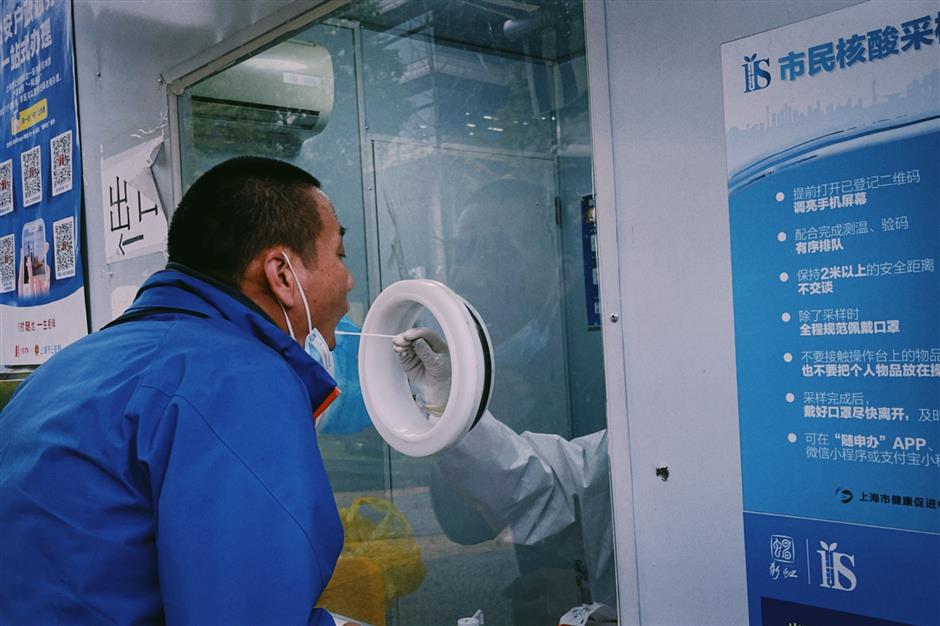 A resident braves the cold wind to receive a polymerase chain reaction (PCR) test at a downtown kiosk in Shanghai on Wednesday.

The four confirmed cases with mild conditions and the four asymptomatic cases live in Minhang, Qingpu, Hongkou and Changning districts as well as the Pudong New Area, according to the Shanghai Health Commission.

The five men and three women, aged between 29 and 69 years, tested abnormal during recent regular polymerase chain reaction (PCR) screenings. They have been put under quarantined medical observation or treatment at designated hospitals, the commission said.

A total of 906 close contacts of the new community cases had been traced and placed under central quarantine as of 4pm on Wednesday. Among them, 681 have tested negative.

A total of 530,316 related people have been screened, with 529,222 of them testing negative. All the 106 items and environmental samples have tested negative. 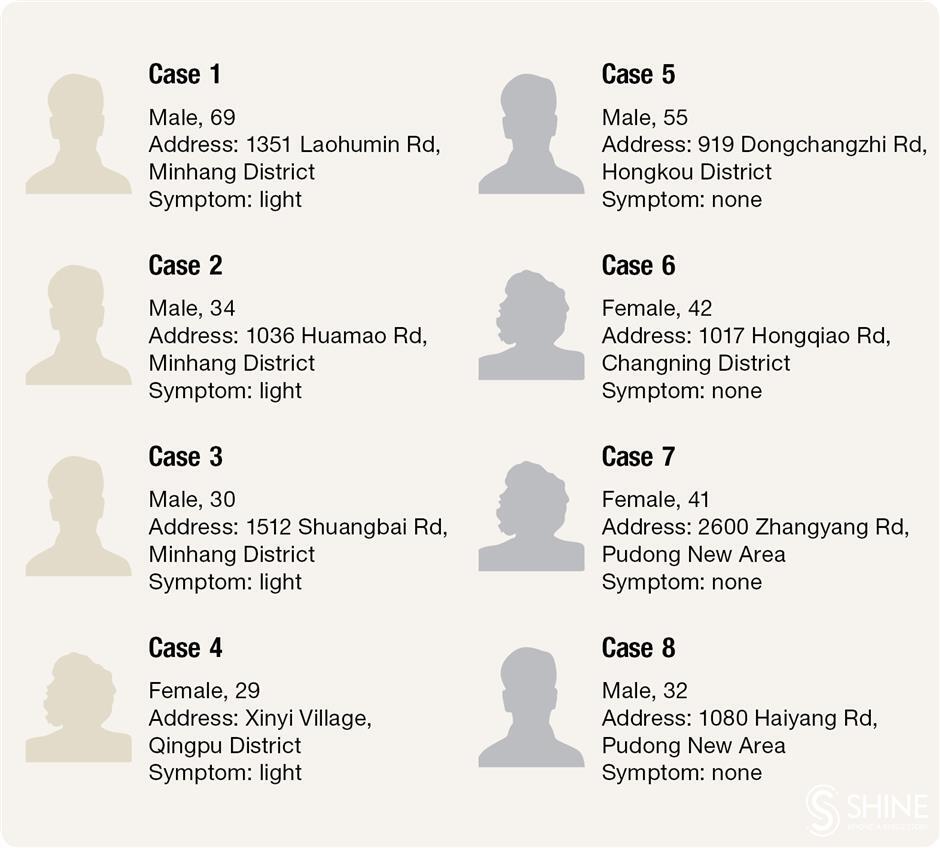 Eight high-risk areas were designated and put under lockdown, including their homes and places they had been to.

Meanwhile, Shanghai has begun allowing frequent commuters between the city and its neighboring Jiangsu Province to be exempted from a ban imposed on those arriving in the city to entering a list of public venues for five days upon arrival.

They should submit an application, as well as copies of their ID card and work certificate from their employers to the subdistricts or towns of Jiading, in addition to signing a COVID prevention commitment.

After getting an approval within two days, they won't receive a notification saying "less than five days upon arrival" on their health and venue code pages.

Shanghai has stipulated that all people traveling or returning to the city from other provinces will be banned from entering a list of public venues, including eateries and supermarkets, for five days upon arrival. 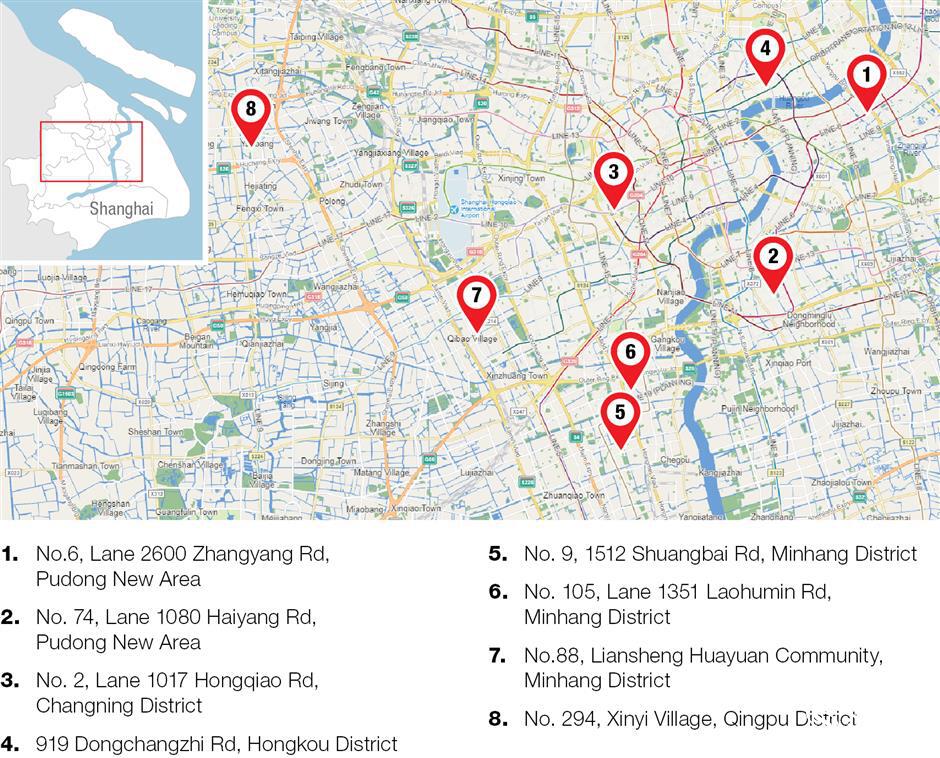