The customs officers discovered the scorpions when an imported parcel, which was declared as "pastry," passed through the X-ray machine.

Inside the parcel, the scorpions were wrapped in paper towels and hidden in candy boxes. Some of them had died on the long journey, whose details were not revealed.

The length of the creatures ranges between 2 and 10 centimeters.

The scorpions, identified as Smeringurus mesaensis, or dune scorpions, are native to the southwestern region of the United States. They usually live in open desert or dune habitats.

As invasive species, they were destroyed by customs officers. 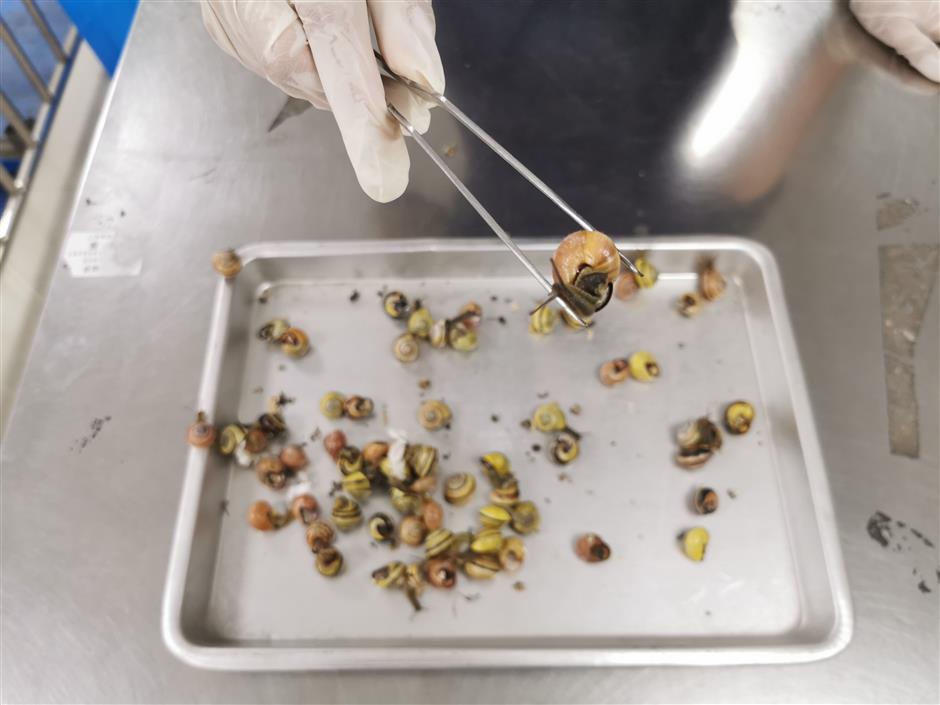 Shanghai Customs has seized live animals more than 180 times this year. They include snails, ants, snakes and beetles. Some of the animals have been identified as invasive species by experts.

"If those animals had not gone through inspection and quarantine before export, it is very likely to bring in pathogenic micro-organisms and pests and threaten public safety and health," said Hong Yunqin, deputy head of the animal and plant quarantine department of Shanghai Customs. 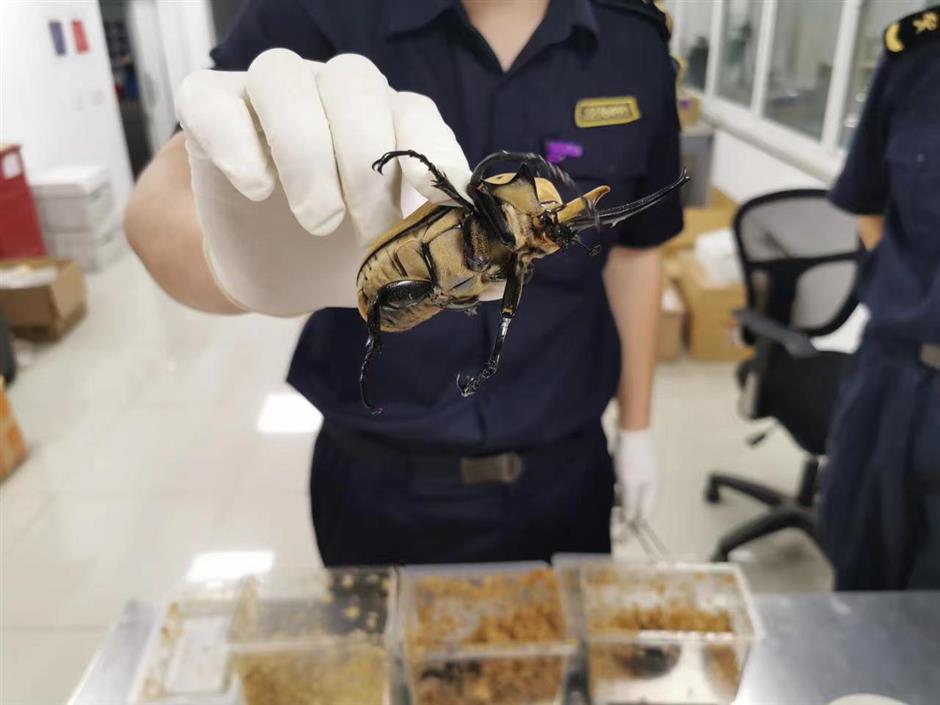