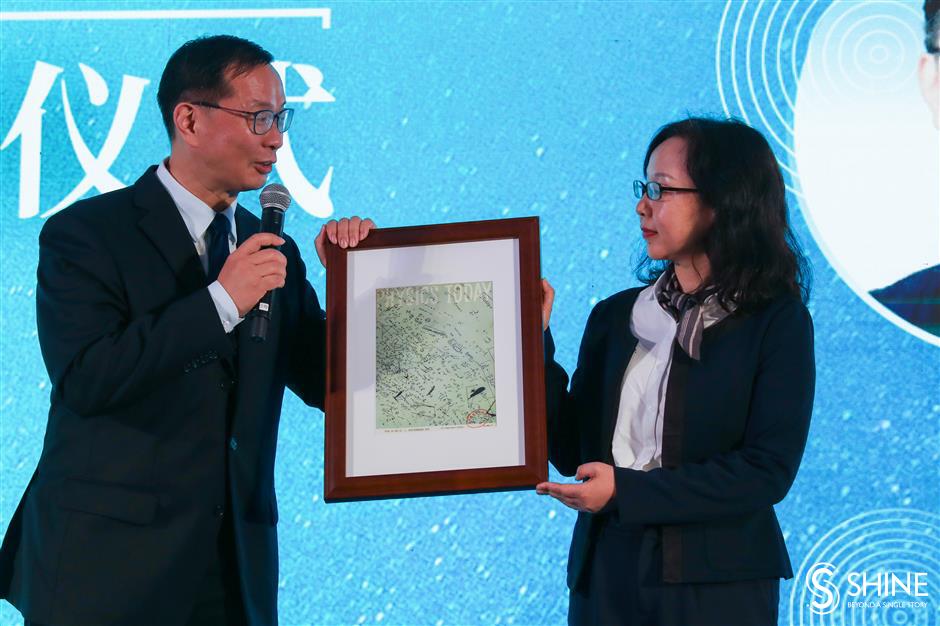 Shanghai Jiao Tong University sends the local science and technology association a meaningful gift – the cover of a volume of journal Physics Today with Lee's manuscripts.

An array of works on science and art are on display at the Shanghai Science Hall in an exhibition that opened on Tuesday along with the 20th annual academic conference of the Shanghai Association for Science and Technology.

The exhibition provides a close look at the replica of the Nobel Prize medal as well as posters with a subtle blend of scientific charm and artistic vibe from Chinese-American physicist Tsung-Dao Lee.

Lee has made great contributions to Chinese science and technology development and has jointly created a number of far-reaching works of art with masters under his concept of "the connection between science and art."

He funded competitions under the Shanghai Jiao Tong University Tsung-Dao Lee Science and Art Lecture Fund where lots of creative science-themed artworks have been made. Some of the award-winning pieces are being displayed at the exhibition as well.

In 1957, Lee, at the age of 30, won the Nobel Prize in Physics with Yang Zhenning for their work on the violation of the parity law in weak interactions.

The real medal and certificate are now stored at the Tsung-Dao Lee Library at the Jiao Tong university's Minhang campus. But a replica of the medal is exhibited in a showcase and people can touch a screen to see how its both sides look with a 3D model. 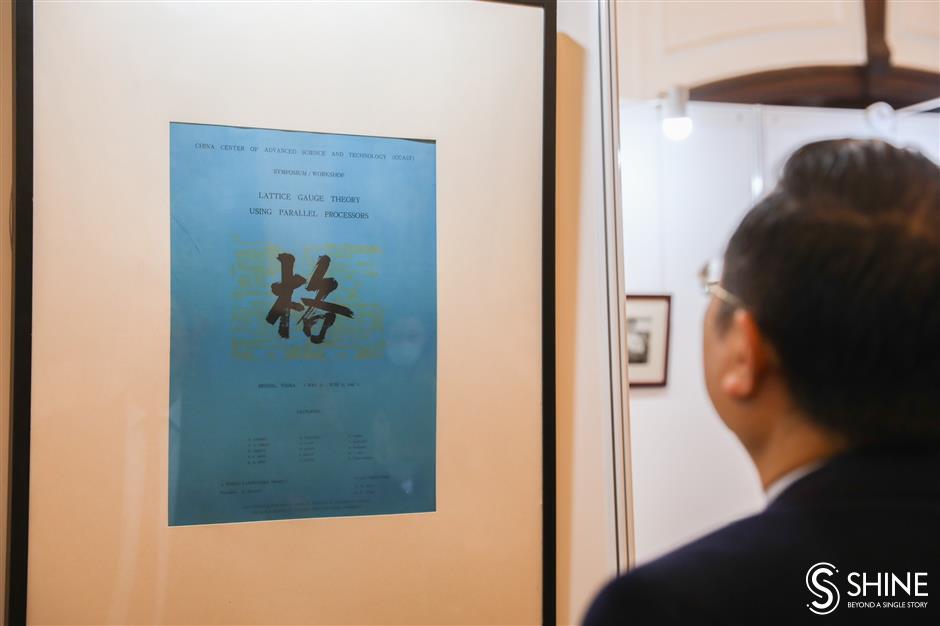 A poster with calligraphy of the Chinese character "ge" written by Lee is on display.

A poster with a calligraphy of the Chinese character "ge" written by Lee for the first international academic seminar held at the China Center of Advanced Science and Technology after its establishment is on display. Ge means "grid" or "measurement" and its background is a circuit diagram.

These posters can all be found at the exhibition,which is running for a week.

Meanwhile, there's a parallel exhibition of Tsung-Dao Lee at the Shanghai Expo Museum lasting through the end of January. It will be the first stop of the exhibition's national tour. 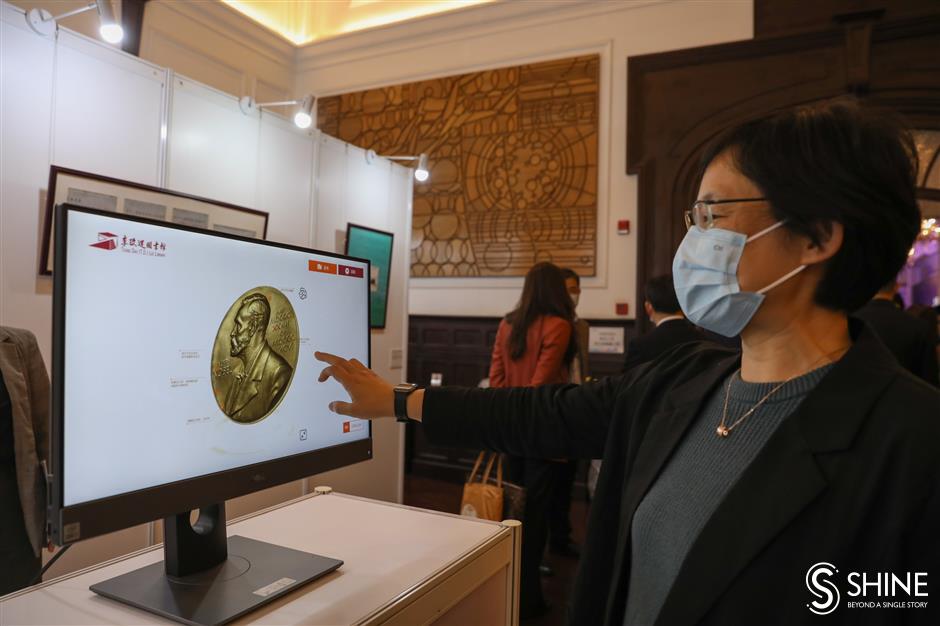 People can touch a screen to see how the both sides of Lee's Nobel Prize medal look with a 3D model. 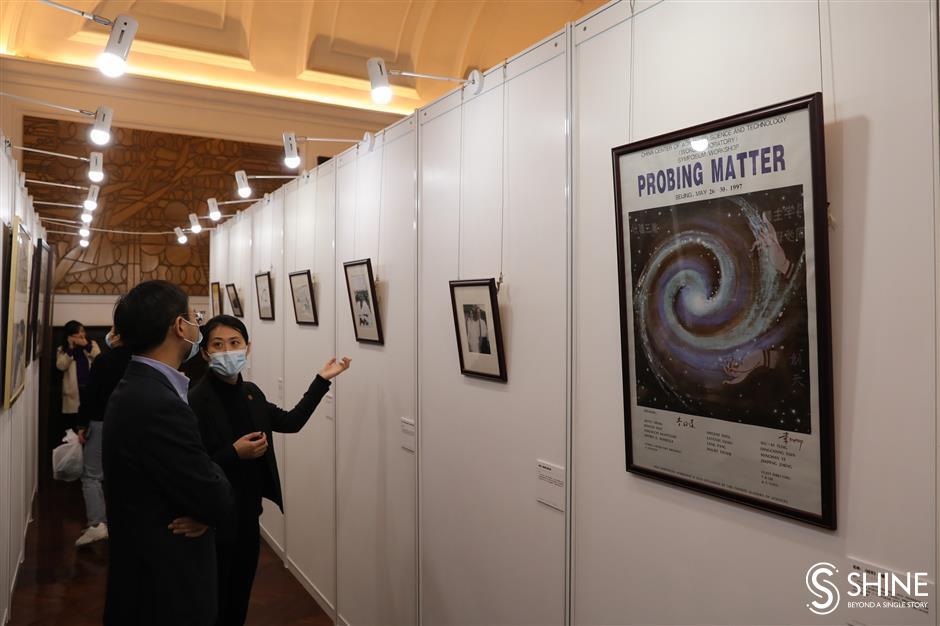