A five-day charity project kicked off in the city on Thursday, offering free cervical cancer screenings for 2,000 ayi, who are domestic helpers, waitresses, delivery staff and cleaners, and are mainly from other provinces.

Most of them received these checkups for the first time.

Women who are positive in the primary screening will receive a further detailed check for early diagnosis and treatment, according to the program, which was launched by the China Development Research Foundation and the United Foundation for China's Health. 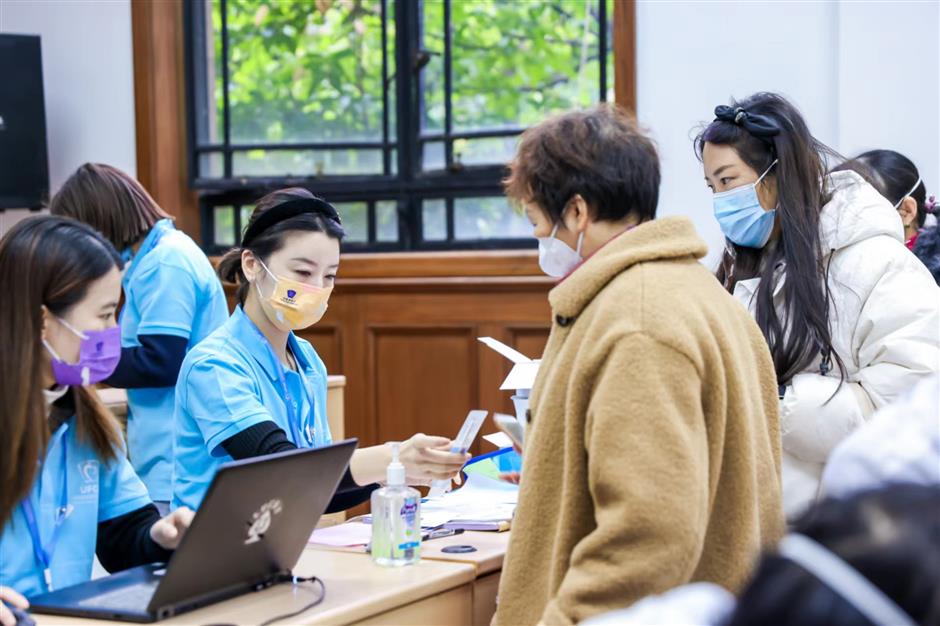 Cervical cancer is the fourth leading female cancer in the world. There are 100,000 new patients and about 50,000 resulting deaths reported in China each year. Offering these screening is very meaningful, especially among migrant women, said medical experts from Shanghai United Family Hospital, which carried out the screening.

A 54-year-old woman from Jiangsu Province said it was the first time that she underwent a cervical cancer screening.

"I was a little bit shy but felt comfortable after the medics gave me detailed direction and education on the importance of health screenings," said the the woman surnamed Chen. 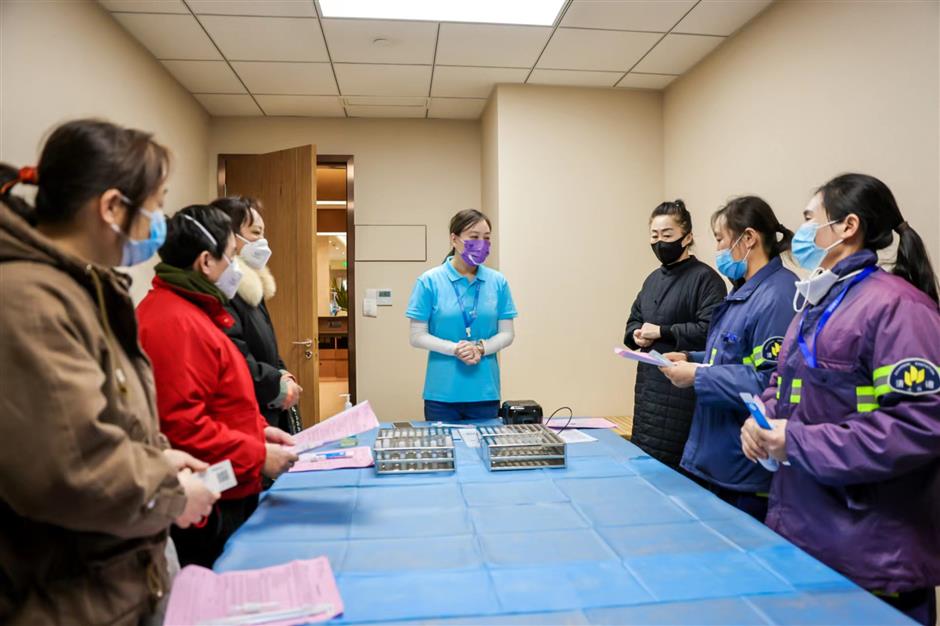 The National Health Commission has issued guidance for cervical cancer and breast cancer screenings this year, claiming to offer screenings for women between 35 and 64 years old, while paying special attention to rural women and urban women with low income. The guidance plans to have over half of such women covered by the screenings.

United Foundation for China's Health has offered charity cervical cancer screening for over 15,000 women in provinces like Sichuan, Shaanxi, Yunan and autonomous regions like Ningxia and Inner Mongolia in the past six years.

"Shanghai is an open and modern city, where many migrant women work and live. They are also builders of the city. We want to use these kinds of health services and education to protect them," said Roberta Lipson, initiator of United Foundation of China's Health.

Zhang Lili, director of the Shanghai Home Service Industry Association said there are over 300,000 female domestic helpers in Shanghai, and 97 percent are from rural areas of other provinces.

"They serve millions of families, elderly people, children and patients in Shanghai. Their health is not only related to themselves, but also all the families and people they are helping. We are grateful to the charity project for bringing health services and awareness to these women," she said.

Among the 337 women from 26 provinces screened on Thursday, about 10 percent were positive for high risk HPV infection, and will undergo further checkups and diagnosis.