Residents in Shanghai can now gain "green credits" when they choose to travel in an eco-friendly manner, such as taking Metro or public transport buses.

It will help promote low-carbon consumption in transportation.

People can register their own carbon account on the platform. And each time they travel in a green way, and get recorded by Suishenxing, they will gain green credits. For example, if one travels 10 kilometers by bus or Metro, he or she can reduce carbon emission by about 1 kilogram.

Users can check their personal accounts for how many credits they have gained after each green trip.

In the near future, they can also use the credits to change for gifts via its online shop, the firm said. 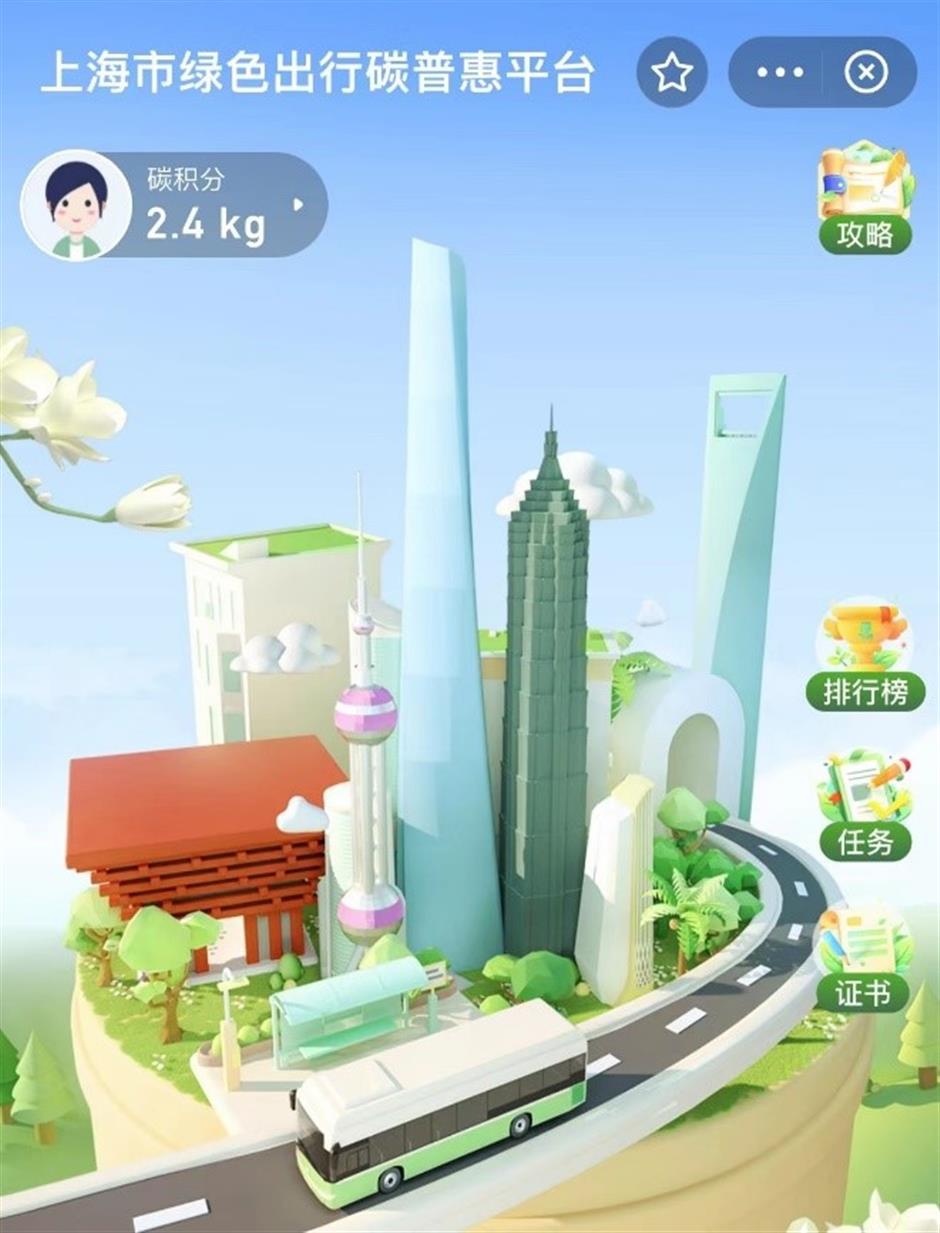 The cover page of the platform on Alipay's mini-program, showing the carbon credits gained by a user on the top left corner.

Suishenxing is the first metropolitan platform in the world to be launched by a government with basic functions, including public transportation, taxi hailing and smart parking.

Its original version popped up online last October, operating based on Shanghai's Mobility as a Service (MaaS) system.

The city is striving to build a greener, smarter as well as more people-oriented, reliable and resilient transport system in the next 10 years, according to a white paper issued by local transport authorities last October.

The upgraded 2.0 version of Suishenxing will be launched soon, which will bring more new services pertaining to local residents' daily transport needs, including railway and flight ticket booking and other intercity transport services, the authorities said on Thursday.

They will also launch the English version in the future, the operator added.