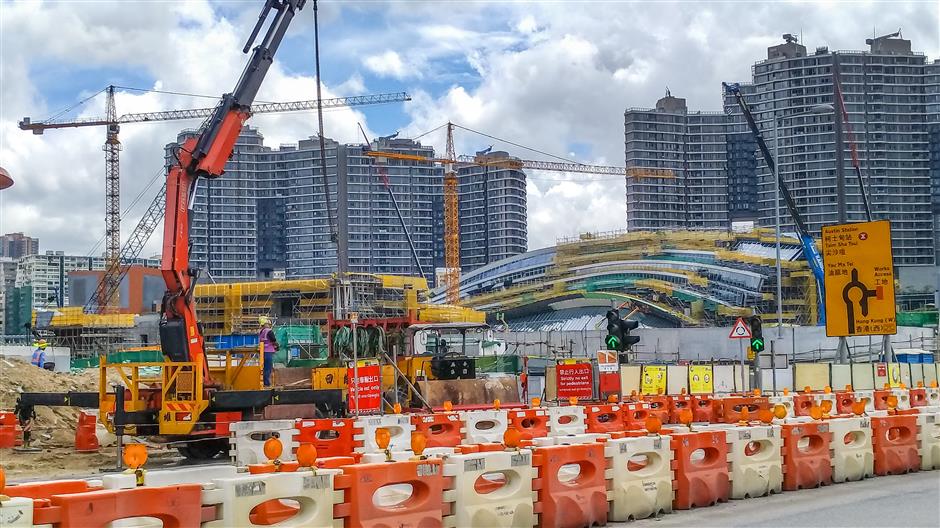 The move allows passengers to go through the customs, immigration and quarantine (CIQ) procedures of both Hong Kong and the Chinese mainland successively at the West Kowloon Station (WKS) in Hong Kong, according to the implementation plan announced at a press conference.

The implementation plan was approved earlier Tuesday by members of the Executive Council of the HKSAR.

Under the arrangement, CIQ officials from the Chinese mainland will work in a designated area at the WKS building, after the commissioning of the Hong Kong section of the Guangzhou-Shenzhen-Hong Kong Express Rail (XRL) Link.

The 26-km Hong Kong section of the XRL is targeted to be put into operation in the third quarter next year.

By that time, northern-bound passengers may freely step aboard or alight the trains at any station along the route, reaching any mainland city on the national high-speed rail network without having to get off the train midway to go through boundary control.

The same applies to the reverse direction, in which passengers who get on Hong Kong-bound XRL trains from any city on the national high-speed rail network can go through CIQ procedures of the mainland and Hong Kong after arriving at WKS in Hong Kong.

The co-location arrangement is similar to that of Shenzhen Bay Port, which has been welcomed by many travelers since it was commissioned in 2007.

The cooperation arrangement on co-location will be fully consistent with the Basic Law, the HKSAR's Secretary for Justice Rimsky Yuen told the press conference.

Upon commissioning, the Hong Kong section of the XRL will substantially reduce the rail journey time between Hong Kong and various major mainland cities.

The travelling time between Guangzhou and Hong Kong, for instance, will be shortened from around two hours to about 48 minutes; whereas those for Beijing and Shanghai will be reduced to around eight hours.

"The Hong Kong section of the XRL is an important strategic infrastructure project for the future of Hong Kong, and the co-location arrangement at the WKS is instrumental in unleashing its full transport, social and economic benefits," Yuen said.