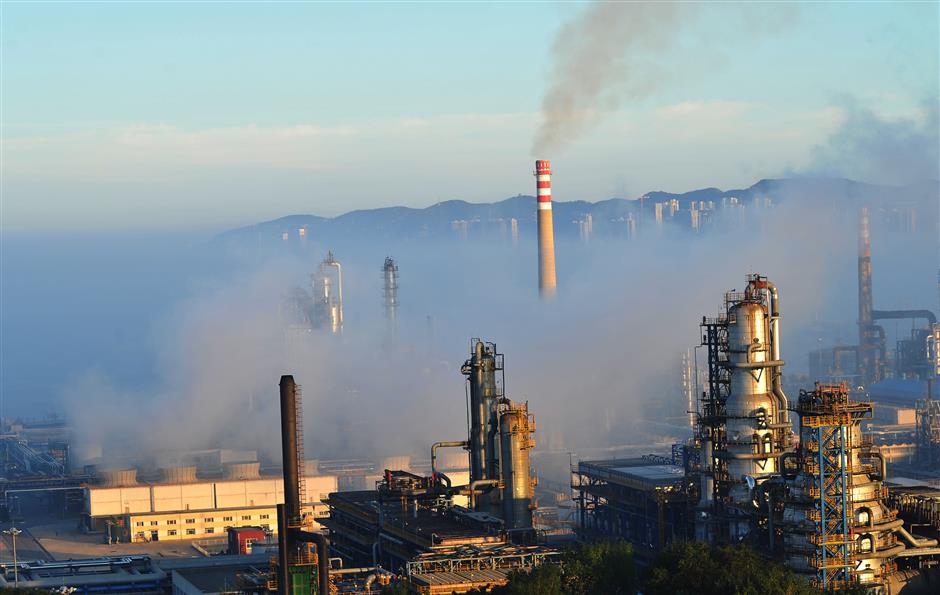 Smoke is discharged from chimneys at a petrochemical plant of PetroChina in Dalian city, northeast China's Liaoning Province on August 1, 2014.

China's State Council has released a plan for the country's second national census on pollution sources, with the results to be published in 2019.

Seven years after the results of the first national pollution census, the government launched a second survey to investigate the scale, structure and distribution of pollution sources.

The survey will cover industrial, agricultural and residential pollution.

The survey found agricultural pollution was having a major effect on China's water supplies, prompting government efforts to clean up rural areas.

After decades of rapid expansion brought smog, contaminated soil and water, China is steadily shifting from GDP obsession to a balanced growth philosophy that puts more emphasis on the environment.

Measures have been taken to control pollution, such as a revised environmental protection law and the introduction of a "river chief" system. The government has drawn red lines in certain regions to strengthen protection.

China is to cut its carbon emissions per unit of GDP by 60-65 percent from 2005 levels by 2030 and raise the share of non-fossil energy in total consumption to about 20 percent.