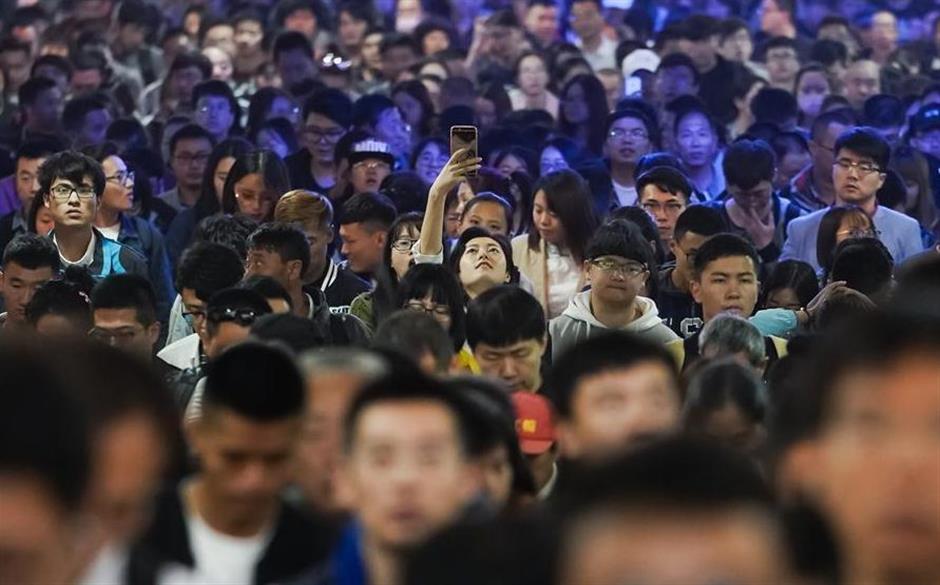 A passenger takes a photo at Beijing Railway Station in Beijing, capital of China, Oct. 7, 2017. As the National Day holiday draws to its end, Beijing greets a large number of passengers back to work and college.

China saw a significant increase in train travel on Sunday as millions of Chinese people traveled back from their vacation destinations on the final day of the National Day holiday to return to work and school.

An estimated 14 million passengers are expected to make train journeys on Sunday, according to the China Railway Corporation (CRC).

Railway authorities put an extra 920 trains in service on Sunday to cope with the surging demand, said the CRC.

People in China have made about 105 million trips by railway since the holiday travel rush started on Sept. 28, the CRC said Saturday.

On Saturday, about 12.9 million trips were made, up 3.7 percent year on year, making it the eighth day in a row with more than 10 million railway trips, said the company.

Chinese railways set a new record in daily passenger traffic as more than 15 million trips were made on Oct. 1, or National Day, the first day of the eight-day holiday.

The National Day holiday has been extended to eight days this year to celebrate the Mid-Autumn Festival, also known as the Moon Cake Festival, which fell on Oct. 4.