Staring at a large thangka of Potala Palace hanging on the wall of the north stairwell of the Boulder Municipal Building in Colorado State, Dr. Bill Warnock paused for a long moment before talking, plainly overcome by his thoughts.

"This thangka was given to the people of Boulder in 1987 by the mayor of Lhasa," said the president of Boulder-Lhasa Sister City Project (BLSCP).

Boulder, Tibet's only sister city in the United States, is located at the base of the foothills of the Rocky Mountains in the State of Colorado in the west, about 25 miles (40 km) northwest of Denver.

"During my first trip in 1988, I was impressed by the friendliness, compassion, and appreciation shown by the Tibetan people. This motivated me to develop and implement many exchanges, particularly to help Tibetans in rural Lhasa Prefecture in health care and solar electricity," Warnock told Xinhua.

Established in 1986, the BLSCP has contributed to the development of the city of Lhasa and some other Tibetan areas in China through exchanges in health care, education, environmental protection, as well as culture and art. 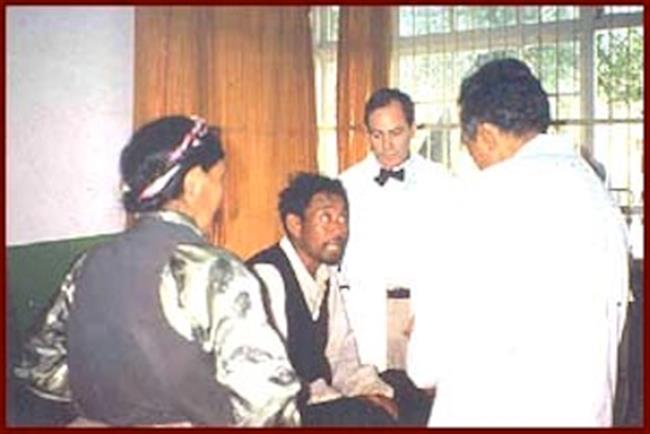 "Lhasa and the surrounding rural areas of Lhasa Prefecture have become much more developed over the past thirty years," said Warnock, adding that people there were "very friendly, compassionate, and appreciative toward me and others."

Showing an old picture taken by himself of the Obstetrics-Gynecology ward at Lhasa City Hospital in 1990, Warnock said that he was surprised by the hospital's change.

"It was really a very old building," he pointed to the bungalow in the picture, joking that it could be built one hundred years ago.

"Having led so many health care delegations to Lhasa, I have seen a tremendous change in Lhasa City Hospital. During our exchanges in 1991 to 1993, the hospital staff performed very well, but they were rather limited by their facilities. When we conducted a training exchange there in 2010, the hospital had been completely re-built with modern facilities through funding from China's eastern province of Jiangsu," said Warnock.

The BLSCP has conducted eight significant projects in Lhasa and one recent project in the Tibetan area of western Sichuan Province. Most of the funding came from residents in Boulder and elsewhere in the United States, as well as people in foreign countries.

"We advertise our fundraising drives through our website, e-mails, texts, phone calls, and occasional fundraiser dinners. A significant fraction of support has come from in-kind contributions and through partnership with other organizations," Warnock said, emphasizing that the BLSCP gets good support from the local community and the city council.

Former Boulder Mayor Shaun McGrath recalled his visit with a Boulder delegation to Lhasa following an invitation from the Lhasa mayor in 2008 "a wonderful experience."

"It's a very beautiful city with a wonderful deep culture of Buddhism. It's a nice mix of both the old and the new," said McGrath, noting that sister-city partnerships are meant to build close relationships across nations at the city level.

He praised the BLSCP under the leadership of Warnock as a group that is active and continues to further relationships between sister cities on a strong base. 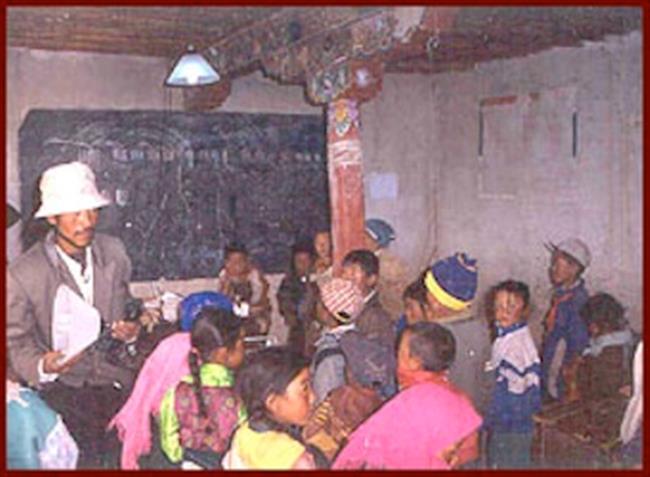 "We are proud to be sister city of Lhasa and we are very happy to learn more about the people of Lhasa and the culture of Lhasa. We hope this will lead to more cultural exchanges," she told Xinhua.

Warnock will soon set off his 23rd trip to Tibetan areas in China for the upcoming Student Magnetic Resonance Imaging (MRI) Project in Sichuan Province later this month. The BLSCP has raised some 30,000 U.S. dollars for the project thanks to donations from 79 different individuals, foundations, and corporations.

To avoid future suffering, 45 Tibetan primary school students who have been tested positive for cysticercosis, a dangerous and highly prevalent parasitic disease, will travel to the city of Xichang in Sichuan Province to undergo MRI brain scans with BLSCP funding assistance.

"I keep working every year to help Tibetan people improve their medical condition. I have paid for most of my trips to China from my own funds because it's hard enough to raise funds for the health care," said Warnock.

"I am very excited about this project. I've not met any of the 45 kids, but I think it's going to be a big chance for them to have a successful future," he said.