2 dead after blast at site of demolished factory 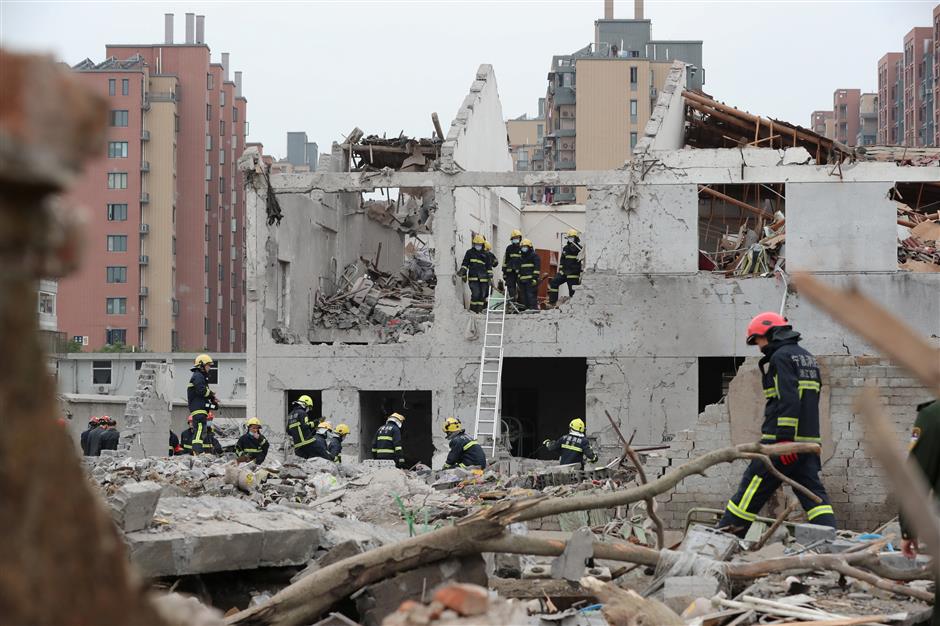 Firefighters search through the debris after a powerful explosion in Ningbo yesterday killed at least two people and injured 19 others. Two people are said to be missing.

Two people died, 19 were injured and two others are missing after an explosion at the site of a demolished factory in east China’s Zhejiang Province yesterday.

The accident occurred around 8:50am in the Jiangbei district of Ningbo City, according to local authorities and the city’s fire department.

There were no people living at the site of the incident, but nearby residential communities were affected, with some houses damaged.

A report by China Central Television said that the force of the explosion shattered windows and punched holes in the walls of buildings up to a kilometer away.

Images from CCTV showed a few flattened cars and a low-rise building with a collapsed wall. The state broadcaster said it was not a gas explosion, but didn’t elaborate further.

A “huge tremor” was felt in the vicinity when the blast hit, CGTN, a network operated by CCTV, tweeted.

According to the local Zhejiang Daily, several buildings collapsed in a nearby residential area that had already been cleared of people. Police said the area had been marked for demolition.

Firefighters discovered a pothole at the site, which is believed to be the source point of the explosion. However, police said the cause of the blast is still under investigation.

Two temporary relocation sites with quilts, food and medicines were arranged for the people affected by the explosion, the local government said.

The newspaper said that although there were no residents at the site of the explosion, there might have been rubbish collectors at work at the time of the blast.

Another photograph posted by the People’s Daily showed grey smoke rising over the city, which is about 100 kilometers south of Shanghai.

The newspaper tweeted that no visible fire was found at the scene, citing local authorities.

On November 18, a fire started in Beijing’s Daxing District in a cold storage basement, where refrigeration equipment was being tested. 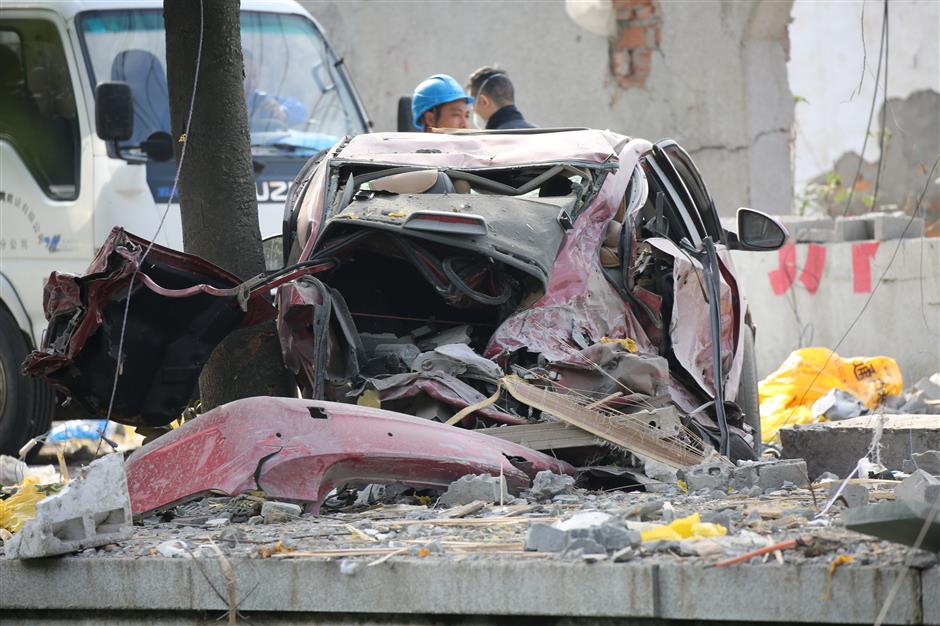 A damaged car is seen at the site of an explosion in Ningbo, a city in Shanghai’s neighboring Zhejiang Province, yesterday.