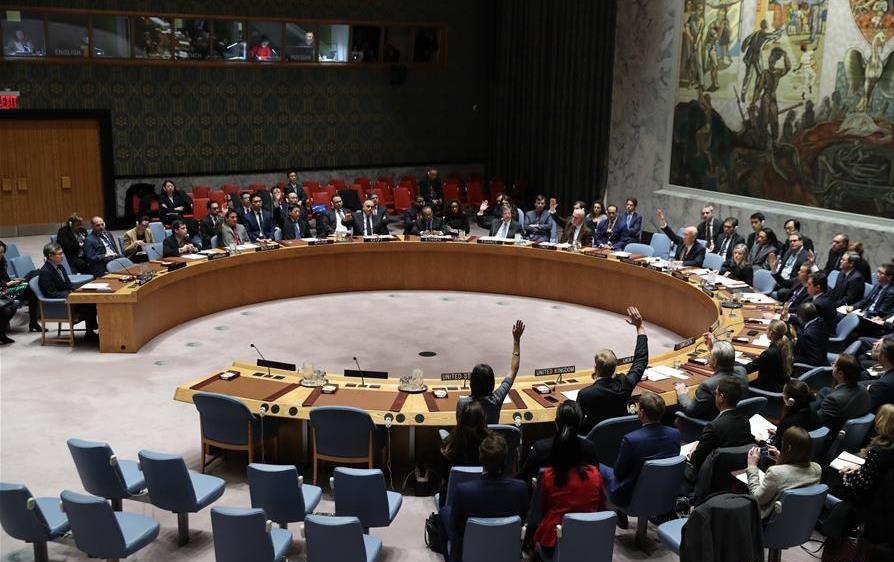 Photo taken on December 22, 2017 shows the United Nations Security Council voting on a resolution on the Democratic People's Republic of Korea (DPRK) at the UN headquarters in New York.

China called on relevant countries to remain restrained and work to ease tension and properly resolve the Korean Peninsula issue.

Foreign Ministry spokesperson Hua Chunying made the remarks Saturday in response to the UN Security Council's new resolution against the Democratic People's Republic of Korea (DPRK).

The Security Council on Friday adopted Resolution 2397 to further tighten sanctions against the DPRK in response to its ballistic missile launch late last month. The resolution bans nearly 90 percent of refined petroleum exports to the DPRK.

The resolution also stressed that the sanction should not affect normal economic activities, diplomatic activities, food and humanitarian aid.

The resolution reiterated the importance of maintaining peace and stability on the Korean Peninsula and in Northeast Asia, and called for a peaceful, diplomatic and political solution to the issue. It also expressed support for the resumption of the Six Party Talks.

"China calls on all sides to implement UN Security Council resolutions including Resolution 2397 in a comprehensive and balanced manner, in order to push for a peaceful solution to the Korean Peninsula issue," Hua said.

China remains committed to denuclearizing the Peninsula, maintaining peace and stability and resolving problems through dialogue and negotiation, said the spokesperson.

"We hope all parties support China's proposals of 'suspension for suspension' and the 'dual-track', and work with China to promote the denuclearization of the Korean Peninsula," Hua said.