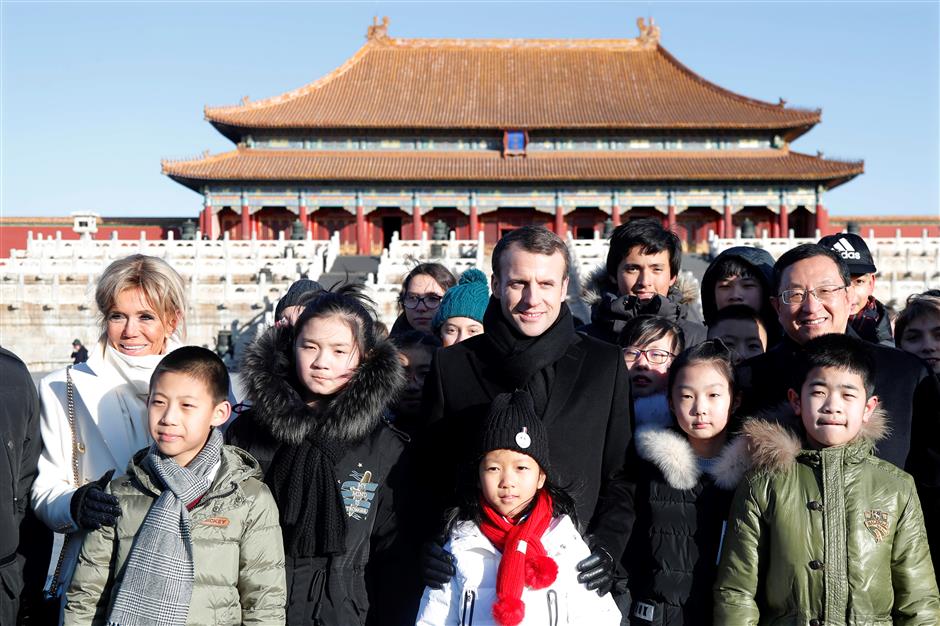 French President Emmanuel Macron (C) and his wife Brigitte Macron (L) pose with Chinese and French school children during their visit to the Forbidden City in Beijing on January 9, 2018.

Macron, who has positioned himself as the leading voice of the European Union, came to Beijing to discuss an ambitious agenda with President Xi.

The two presidents are expected to oversee the signing of some 50 agreements, including in the strategically key sectors of nuclear energy and aerospace.

Ahead of the ceremony, Chinese online retailer JD.com announced plans to sell French goods worth 2 billion euros (US$2.4 billion) to Chinese consumers over the next two years -- including high-end wine and cognac -- and spend 100 million euros on French industrial products.

In a keynote speech on Monday, Macron urged the EU to participate in China's cherished US$1 trillion Silk Road trade infrastructure project.

Macron and Xi held a private meeting Monday night and were due to hold more talks on Tuesday.

The French leader told reporters he discussed the Silk Road initiative with Xi "at length."

"We will see how things are done," Macron said as he attended a forum on Artificial Intelligence in Beijing on Tuesday. 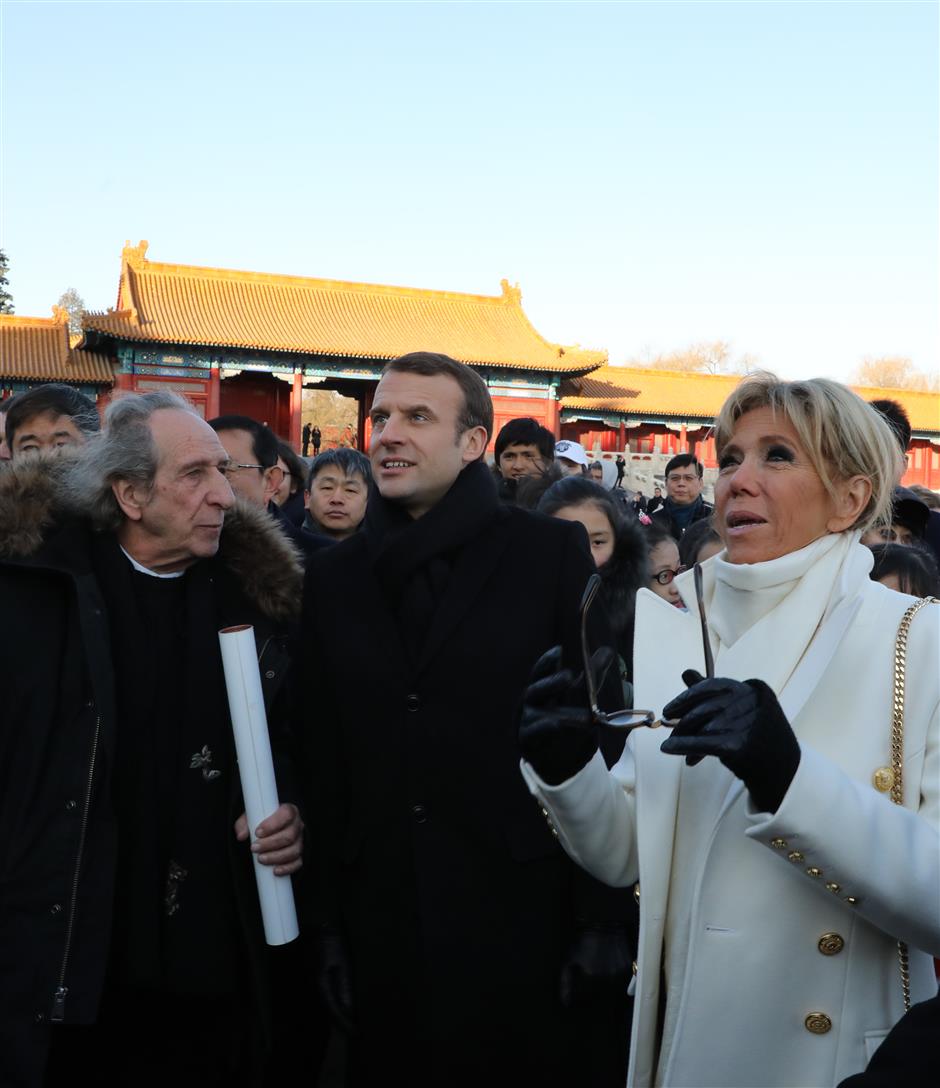 French President Emmanuel Macron (C) and his wife Brigitte Macron (R) listen to French historian expert Patrice Fava (L) during a visit at the Forbidden City in Beijing on January 9, 2018.

Macron and his wife Brigitte were accompanied by students from the French international school and a French historian as they walked along the red-walled palaces of former Chinese emperors at the Forbidden City.

"It's important. It's symbolic," said Brigitte Macron, whose husband campaigned as a centrist candidate in the French presidential election.

It is the first state visit by a European leader since China's Communist Party congress in October.

At the Forbidden City's pavilion of Supreme Harmony, Macron drew a parallel with the 19th Communist Party congress.

"This also allows us to better understand one of the themes of the 19th Congress raised by President Xi Jinping," Macron said. "This also comes from a profoundly anchored history in this country."