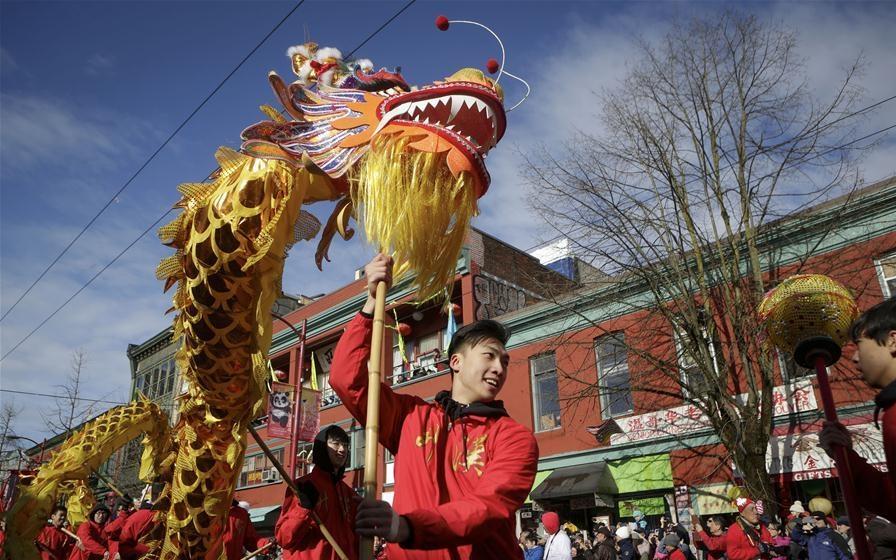 As the Year of the Dog fell on Friday, a festive mood brimmed in Chinese communities worldwide as they celebrated the Lunar New Year with locals.

Early on Friday, red lanterns and flags hung high in Tennoji Park in downtown Osaka during a three-day celebration for the Chinese New Year in western Japan.

In the center of the park, Chinese artists performed face-changing stunts of Sichuan opera, acrobatics and lion dances, among others.

"Chinese Spring Festival is the most important holiday in China and a shared cultural event for all Chinese," said Li Tianran, Chinese Consul General in Osaka, adding that celebrations are being held in multiple cities in Japan for nostalgic local Chinese as well as Japanese residents and foreign tourists.

Across the Pacific Ocean, in San Francisco on the US west coast, a long dragon figure, which took the Chinese community more than six months to complete, raised its huge head and swiveled its body and tail to the roaring sound of drum beats, accompanied by nine colorfully decorated lions jumping up and down cheerfully.

The dancing dragon was held by 40 people, including about 30 middle school children.

The celebrations also featured school children performing and dancing on stilts, and a group of kindergarten kids dressed up as dogs, the good-luck mascot of this lunar year. 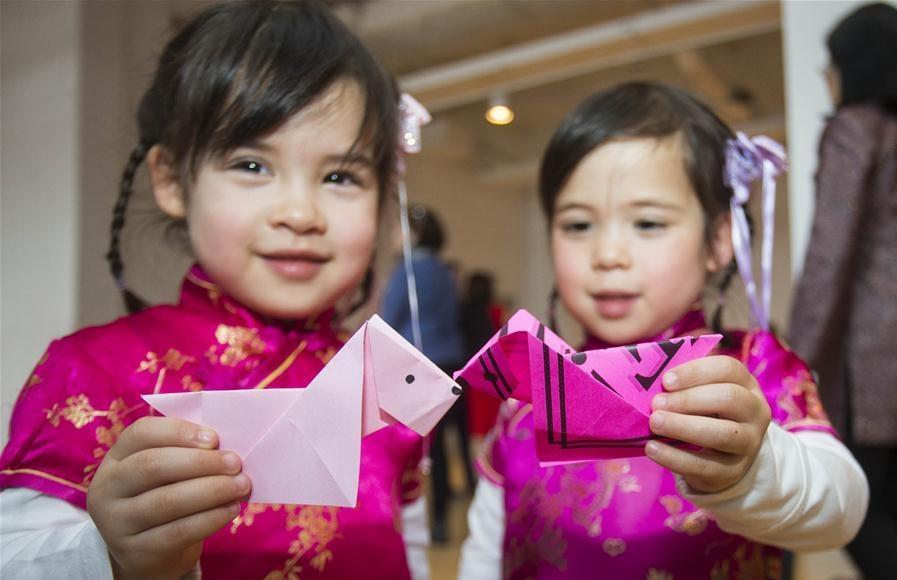 On Saturday, at an annual Chinese Lunar New Year parade in Vancouver, Canada celebrated in cold weather at the city's historic Chinatown, heart of the local Chinese community for over a hundred years.

The procession kicked off near the entrance of Chinatown on Pender Street with a burst of firecrackers. Spectators lined the sidewalks as marchers handed out lucky red envelopes stuffed with candy to children.

The event carries significance for some 400,000 people with Chinese heritage living in the metro Vancouver area.

Farther south, in the US city of Houston, local Chinese families on Saturday afternoon enjoyed activities such as traditional calligraphy, a handkerchief dance demonstration, paper cutting and dog-mask making at the Asia Society Texas Center.

At the event, Huaxing Arts Group presented a collection of Chinese music and dance, including a peacock dance of the Dai minority which originated in southwestern China, a Tibetan drum dance, and a sand painting performance.

In the evening, the well-known Chinese play "Farewell my Concubine" was performed by local Chinese artists on stage.

After having practiced for about a year, the artists, many of them amateur actors, said they also wanted to pay tribute to Chinese play writer and Nobel laureate Mo Yan who turned 63 years old on the day. 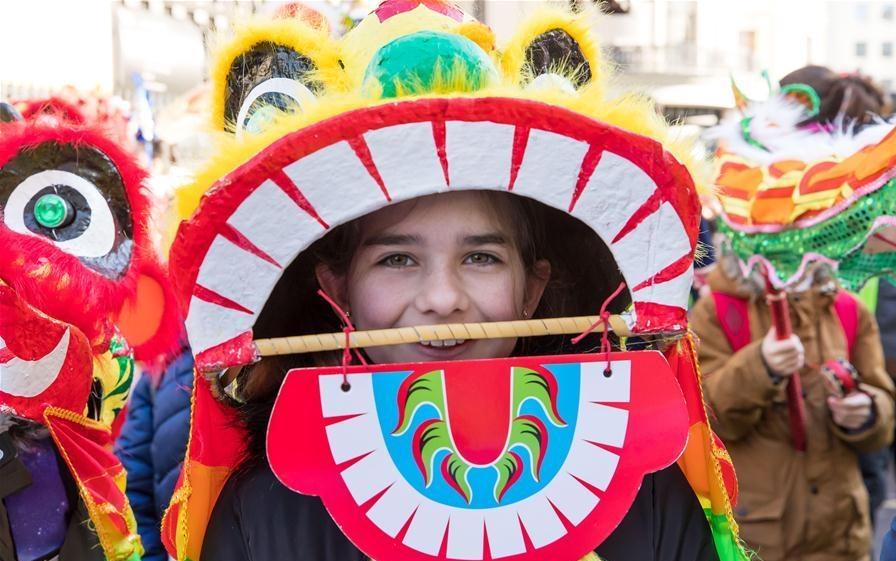 A young girl dressed up as a dragon takes part in the celebration for the Chinese New Year of the Dog in central London, Britain, on February 18, 2018.

On Sunday, people crowded areas around London's Chinatown for one of the largest Chinese New Year celebrations outside Asia, which was organized by the London Chinatown Chinese Association.

Festivities began with a two-hour long grand parade featuring over 50 Chinese dragon and lion teams through the streets from Trafalgar Square to Chinatown. 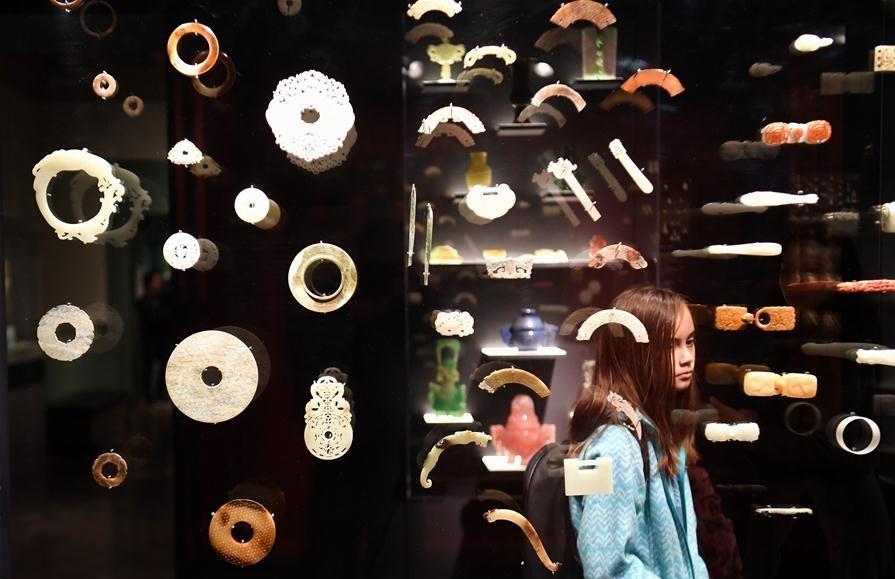