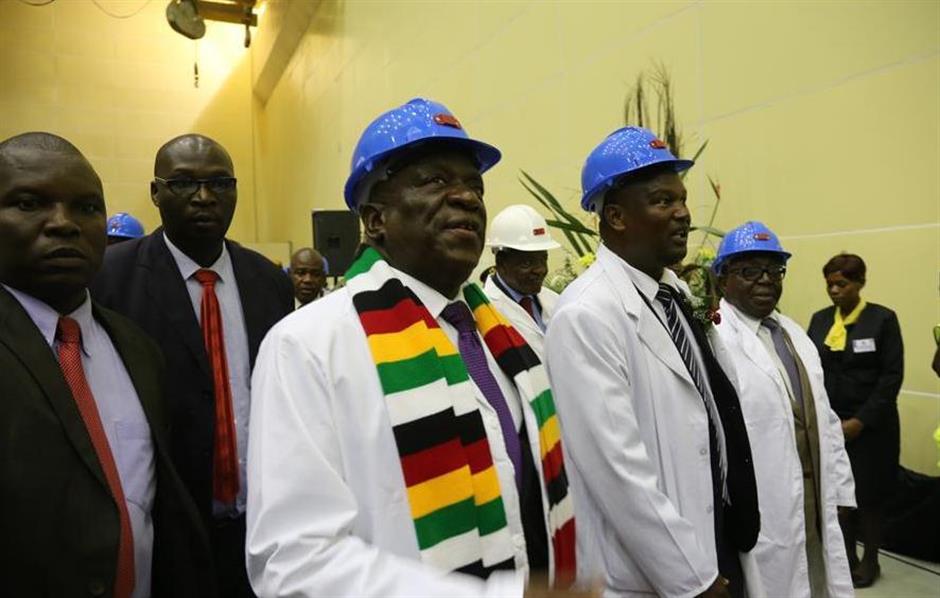 The back-to-back visits by the three African heads of state are significant as China and Africa gear up for this year's Forum on China-Africa Cooperation summit in Beijing in September, against a global backdrop of rising protectionism and unilateralism.

Biya, who visited China in March, was the first African president to come to China this year.

President Geingob visited last week, while Mnangagwa is visiting China from April 2-6, which is also his first official visit outside Africa as Zimbabwe's new president.

In his meeting with Geingob, Chinese President Xi Jinping said as China has well developed, it will offer more help to Africa. 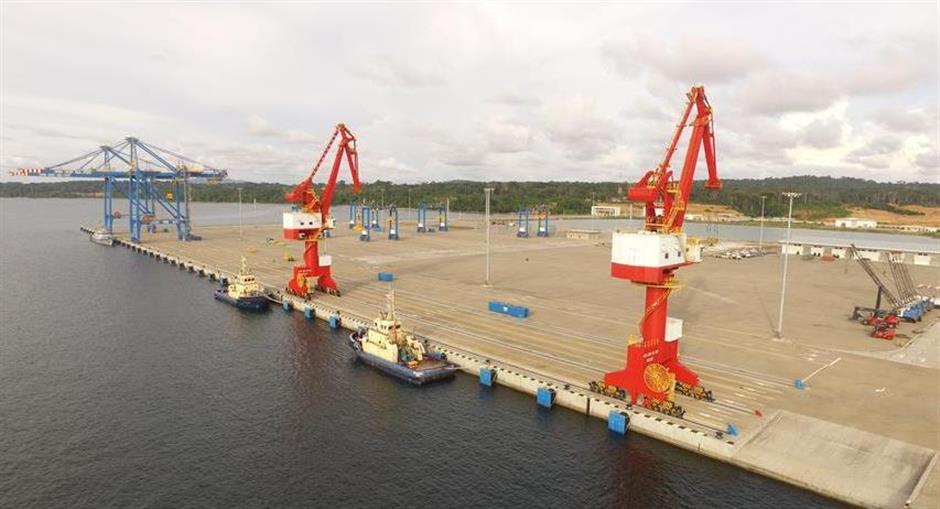 Photo taken on May 17, 2017 shows the first phase of the Kribi deep sea port in Cameroon's port city Kribi.

Many African governments have reiterated their commitment to expanding cooperation with China and seeking more Chinese investment, describing it as win-win and supporting Africa's economic development without any political strings attached.

Zimbabwe too wants to expand cooperation in trade, investment, technology, telecommunication and infrastructure, as well as more people-to-people exchanges.

Ahead of the visit, Mnangagwa told Xinhua that China is an "all-weather friend". To grow an economy battered by years of Western sanctions, Zimbabwe, he said, wants to tap into China's huge financial resources, technical expertise and modern technology.

Xi has invited the three African nations to join the Belt and Road Initiative he proposed in 2013 to build trade and infrastructure networks connecting Asia with Europe and Africa.

Mnangagwa said Zimbabwe supports the initiative and is encouraging the rest of Africa to play an active role in it. 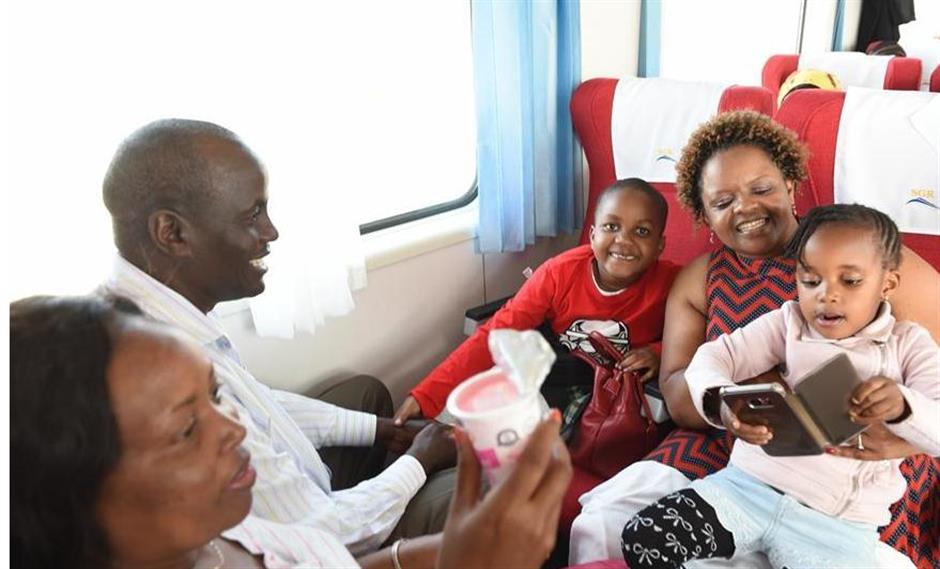 Passengers take a train from Nairobi to Mombasa along the Mombasa-Nairobi Standard Gauge Railways (SGR) in Kenya, on June 9, 2017.

In March 2013, Africa was President Xi's first destination abroad since he assumed office. During the three-nation tour, he stressed that China was committed to working with Africa following the principles of sincerity, real results, affinity and good faith.

Two years later, at the FOCAC summit in Johannesburg, South Africa, Xi announced 10 major cooperation plans to promote industrialization and agricultural modernization in Africa, with a fund of 60 billion U.S. dollars to implement them.

Africa-China trade and cooperation have blossomed. A number of major Chinese-assisted infrastructure projects have been completed, including the Ethiopia-Djibouti railway, Kenya's standard gauge railway from Mombasa to Nairobi, and Cote d'Ivoire's Soubre hydropower plant. These projects provide transport and energy to develop local industries.

In Zimbabwe, Chinese-funded projects range from the expansion of the Victoria Falls Airport and the overhaul of the water and sewerage system in capital Harare to the recently commissioned Kariba South hydropower plant.

Henry Rotich, Kenya's cabinet secretary for treasury, said Africa-China relations will continue to prosper as the partnership is mutually beneficial and will help the continent reach the level of developed countries faster. 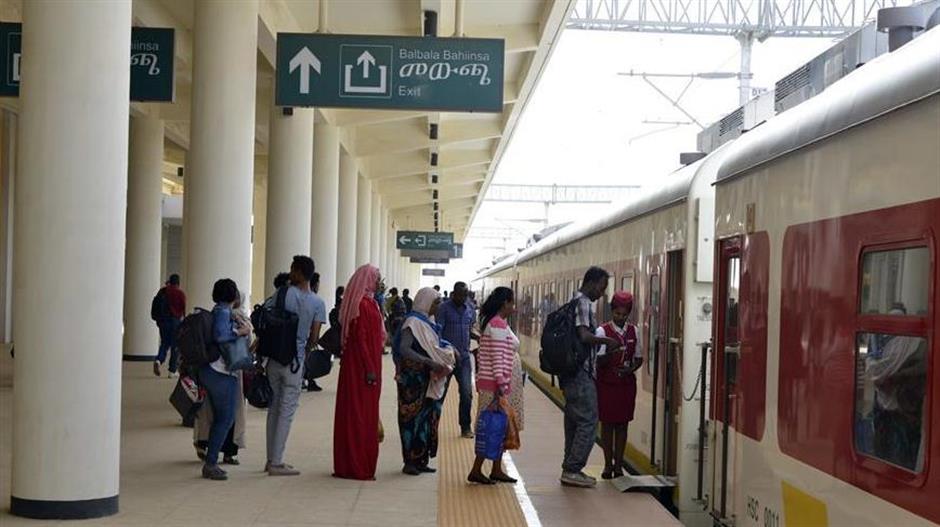 Passengers queue to board an electric train at Lebu Railway Station in Addis Ababa, capital of Ethiopia, March 25, 2018. 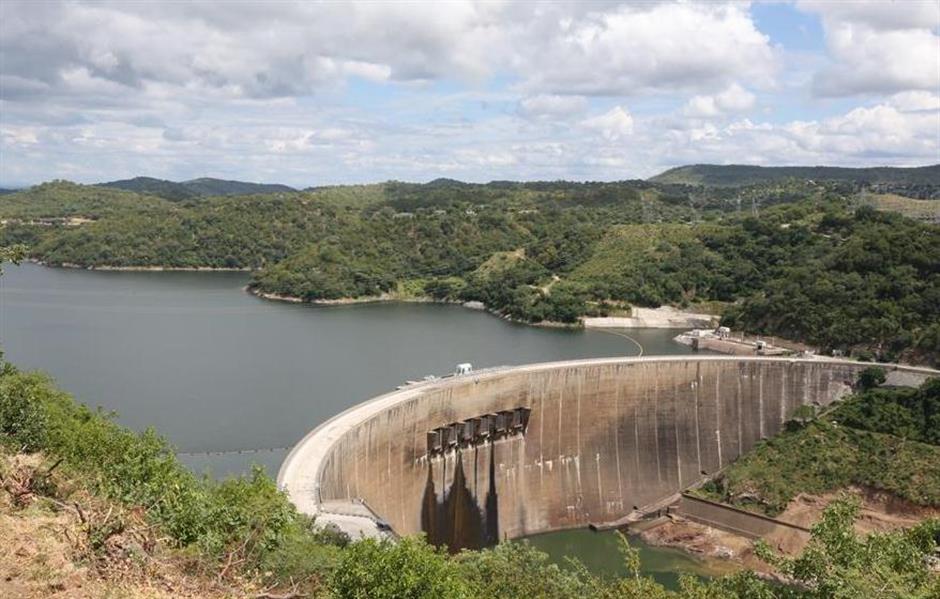 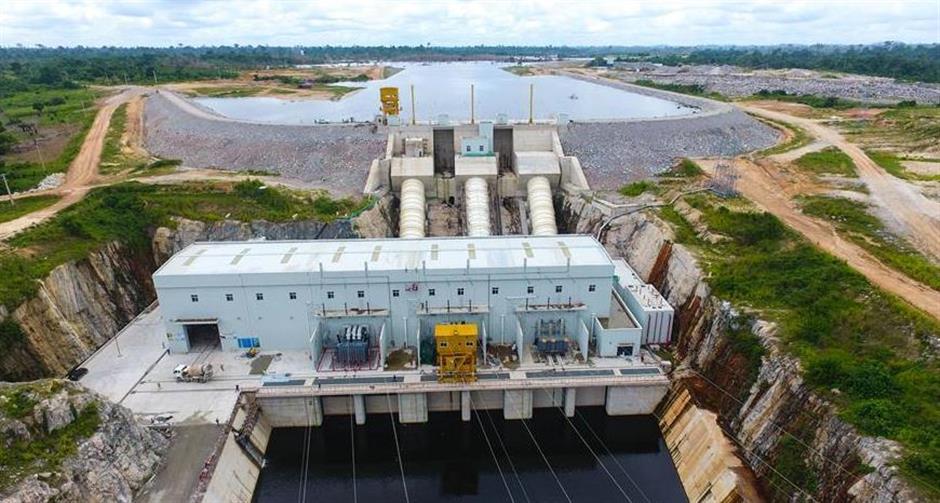 Photo taken on May 19, 2017 shows the Soubre hydroelectric power station near the city of Soubre in Cote d'Ivoire.

"The days of conditioning support are over," Rotich said, in reference to the West's loans to Africa that often attach demands. "The way to go is mutual cooperation."

In the past, Tanzania had sought global assistance to build its much-needed railways and basic industries, but was disappointed by the conditions attached to the aid. China offered a clean alternative, he said.

Moreover, he considers China's success in transforming its own economy to be a source of inspiration. "Politically and philosophically ... you learn more from another developing country which is making more significant improvement."

Geingob told Xinhua those making unfounded accusations against China should feel ashamed when they see the buildings, factories and roads being built across the African continent with the help of China, bringing tangible benefits to the people.

The Namibian president stressed that China's investment in Namibia is not just cooperation on resources but includes building industrial parks for technology transfer.

"No country in the world has added so much value to our products as China has. China has done a lot of technology transfer and job creation," he said.