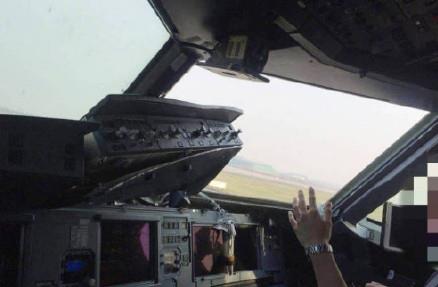 The front-right cockpit windshield is completely gone, as seen in this photograph taken after landing.

A Sichuan Airlines passenger aircraft cruising over Chengdu made an emergency descent and diverted to land in southwest China after the front-right cockpit window blew out, injuring a co-pilot and flight attendant.

The Airbus 319, flight number 3U8633 from Chongqing to Lhasa in Tibet Autonomous Region, made an emergency landing in Chengdu, Sichuan Province around 7:40am after flying for over an hour, the airline said in a statement.

The window break led to the co-pilot suffering from an injury to his ear for which he has been hospitalized. Sichuan TV Station has reported the injury as being "serious," although the extent of his injuries haven't yet been confirmed by the airline or the CAAC.

According to video footage taken by passengers onboard, oxygen masks dropped in the cabin. One passenger noted that they felt "weightless" for a brief time because of the speed of the descent. 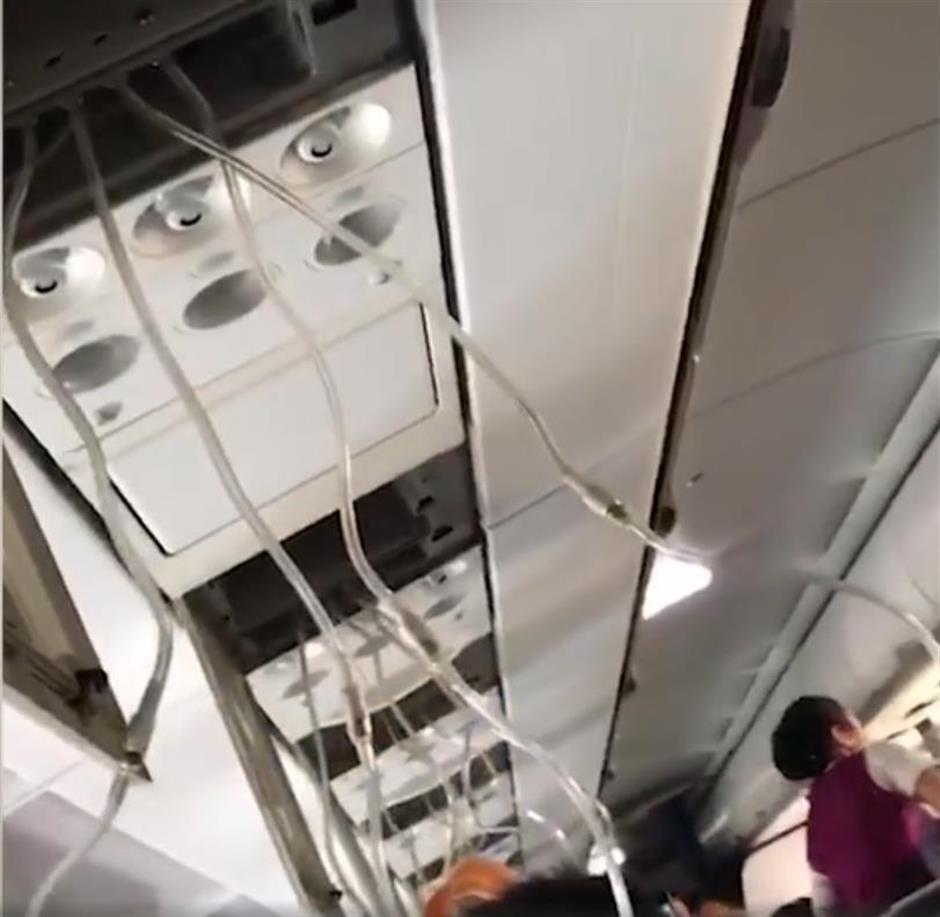 Oxygen masks dropped in the cabin.

A flight attendant could be heard asking passengers on the intercom to “trust they could properly handle the incident.”

The plane landed without incident at Chengdu Shuangliu International Airport and all passengers disembarked in an orderly fashion. The following flight to Lhasa has been canceled.

A flight attendant was also slightly injured as the plane was descending, and a thorough investigation is currently underway, the administration said. 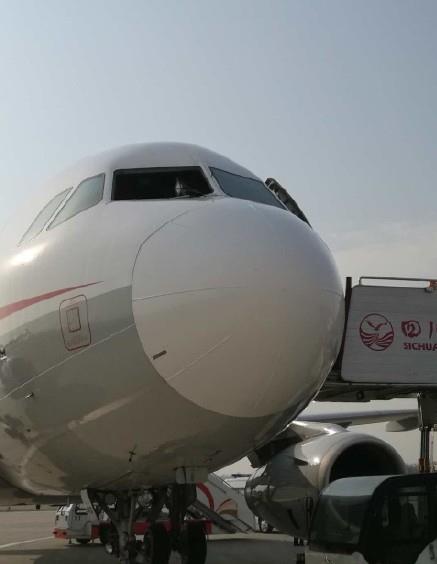 A picture taken after the aircraft landed in Chengdu.