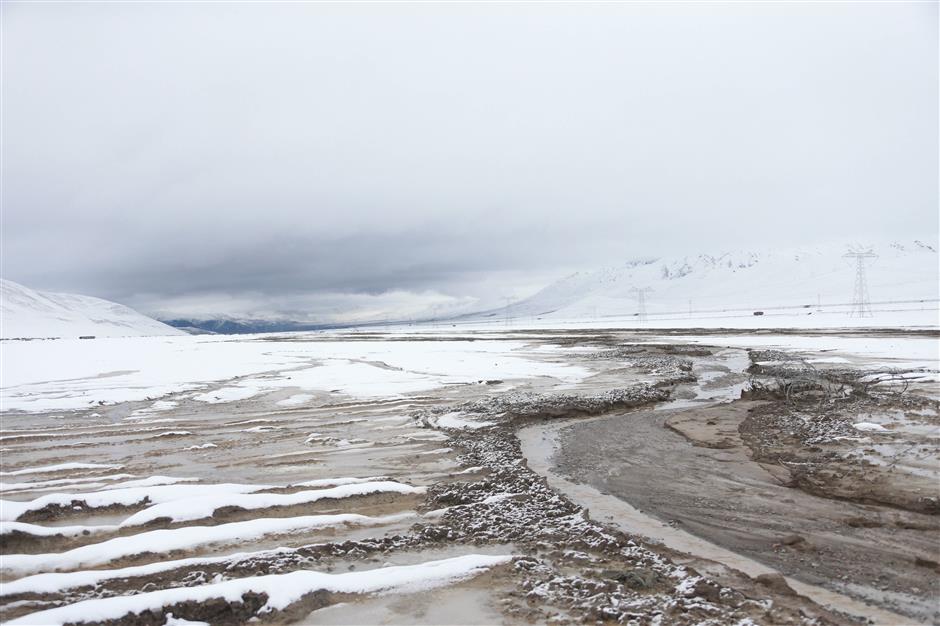 The Communist Party of China and the Chinese government have taken ecological conservation as a top priority, and regard protection of the Plateau as a vital task for China's survival and development, said the white paper published on Wednesday by the State Council Information Office, titled "Ecological Progress on the Qinghai-Tibet Plateau."

Now a system in this regard is being improved step by step on the Plateau, with solid achievements in improving ecological conservation and environment quality, it said.

Steady growth has been witnessed in the local green industry with a system of technological support in place, and an eco-culture is taking shape to showcase the Plateau's exemplary role in ecological development, it added.

Located in southwest China, the Qinghai-Tibet Plateau covers the entire Tibet Autonomous Region and Qinghai Province, in addition to parts of Sichuan, Yunnan, Gansu and Xinjiang.

It is about 2.6 million square km in area and most of it lies at an altitude of more than 4,000 meters above sea level.

Hailed as the "roof of the world," the "third pole" and the "water tower of Asia," the Plateau is a natural habitat for rare animals and a gene pool of plateau life.

China is improving its ecology-related policies and regulations for the Qinghai-Tibet Plateau to form an increasingly complete system for ensuring ecological progress, according to the white paper.

A system of protected natural areas has been set up in the region, it said.

As an important step taken by the state to protect the environment, an ecological compensation mechanism has been put in place for the Plateau.

From 2008 to 2017, the central government made transfer payments of 16.29 billion yuan (2.44 billion U.S. dollars) and 8.35 billion yuan to the key ecological function zones in Qinghai and Tibet, respectively, covering 77 key counties and all areas prohibited to development by the state.

A number of eco-projects have been implemented on the Plateau, achieving positive results in ecosystem conservation, bringing under control the degradation of the local ecosystem and restoring the biodiversity, said the white paper.

The restoration and expansion of rare and endangered species is obvious evidence of success in biodiversity conservation, it added.

The central and local governments have carried out a number of environmental protection projects for comprehensive improvement of river basins, improvement of urban and rural living conditions, and prevention and control of pollution from factories and mines, according to the white paper.

"As a result, the environmental quality and living conditions on the Qinghai-Tibet Plateau have steadily turned better," it said.

"The Qinghai-Tibet Plateau is still one of the cleanest regions on earth," said the white paper.

The Plateau has a low intensity of human activity. "The air quality is little impacted, the types of pollutants are few and the density is low, and the content of pollutants is similar to those at the North Pole," it said.

With the promotion of use of green energy, the progress in building ecological towns, and efforts to improve rural environment, the air quality on the Plateau has seen further improvement, it noted.

Of the 96 key cities whose annual density of particles met relevant standards in 2016, 16 were located on the Plateau.

An economic model featuring a circular economy, renewable energy, and distinctive industries, is forming on the Plateau, signaling an increasing level of green development, the white paper said.

Green production has begun to take shape on the Plateau, it said, noting that provinces and autonomous regions on the Plateau are committed to an eco-friendly path to economic growth involving low and intensive utilization of resources.

The white paper pointed out that unique strengths of local agriculture and animal husbandry have become increasingly outstanding on the Plateau.

Since 2004, the state has invested more than 3 billion yuan in Tibet, directed to more than 450 projects in 10 categories related to agriculture and animal husbandry unique to the region, including highland barley, yak-breeding, and traditional Tibetan medicine.

More than 100 leading enterprises have emerged as a result, increasing the incomes of local farmers and herdsmen by 1.18 billion yuan and benefiting 1.75 million people.

Green energy also developed rapidly on the Plateau which is rich in hydro energy, solar energy, geothermal energy, and other green energies, said the white paper.

To monitor eco-environmental changes on the Plateau, China has set up a relatively complete monitoring and early-warning system, it noted.

The white paper, however, noted that the Plateau still faces many ecological challenges, including glacier retreat, melting permafrost, and other growing disaster risks due to global warming, and prominent contradictions between protection and development in the course of economic growth.

In the future, China will continue to take measures to consolidate and further its ecological achievements on the Plateau, including reforming its environmental monitoring system and refining the low-carbon and circular economy and safe and efficient energy system.

"Ecological progress on the Plateau in the new era is an important component of the Beautiful China initiative," it said.

"The Chinese people are committed to making the Plateau an even more beautiful place, and to realizing harmonious coexistence between man and nature," it added.