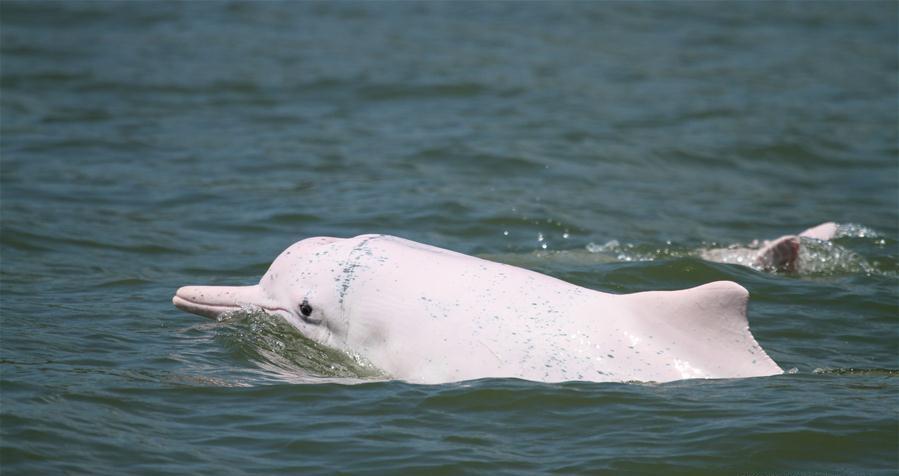 As the world's longest sea bridge is ready to open in China, the attention is not only fixated on the project's traffic convenience and economic benefits, but also on the life of the Chinese white dolphin, an endangered species.

The Chinese government has prioritized protection of the dolphin following the construction of the Hong Kong-Zhuhai-Macau Bridge that started in 2009. In the future, a conservation alliance will facilitate the work.

By minimizing the impact of the bridge on the dolphin, China hopes to set an example of a balance between marine development and environmental protection.

The alliance, initiated by authorities in Guangdong Province, Hong Kong and Macau, will be set up to boost cooperation among conservation groups in the three regions, according to the administration of the Pearl River Estuary Chinese White Dolphin Reserve.

The dolphin, which is under first class state protection, can be found in just a handful of coastal areas, with the Pearl River Estuary a major habitat.

Routine rescue and joint emergency rescue will be an important mission of the alliance and an expert team will be established to instruct the work. In addition, the alliance will conduct research on the dolphin's population, lifestyle, migration routes and physiology, according to Chen Hailiang, head of the administration.

Guangdong's fishery department, Hong Kong's agriculture, fisheries and conservation department, and Macau's civic and municipal affairs bureau have cooperated on protection of the dolphin since 1995.

Since 2011, researchers from Guangdong, Hong Kong and Macau have identified more than 2,300 Chinese white dolphins at the Pearl River Estuary. 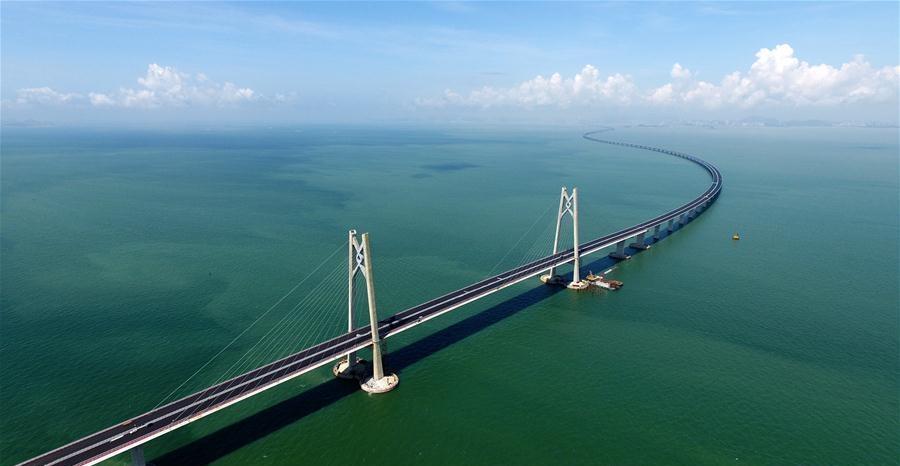 The 55-km-long bridge is situated in Lingding Bay of the Pearl River Estuary, a busy shipping channel that sees over 40,000 vessels each year. It will slash travel time between Hong Kong and Zhuhai from 3 hours to just 30 minutes.

Many domestic scholars believe that the number of the dolphins in Lingding Bay has been stable in recent years.

Chen Tao, a researcher from the South China Sea Fisheries Research Institute, tracked the dolphins at sea every month between 2013 and 2017.

"Our monitoring showed that there are 950 to 1,000 Chinese white dolphins in the part of Lingding Bay, under jurisdiction of Guangdong, during the past four to five years, compared with 1,100 to 1,200 before the construction of the bridge," he said, speculating that some dolphins that used to live in the area might have moved to other waters.

Researchers are optimistic about current monitoring results, but remain alert.

"So far, the monitoring data is not sufficient for more precise analysis of the species, and researchers are unable to efficiently track the dolphins with available measures," Chen Tao said.

"After the opening of the bridge, assessments will be needed on the potential impact of the pier, artificial island, and tunnel on the dolphins. Years-long monitoring and surveys on the dolphins in the Lingding Bay and in their other habitats need to be made," he added. 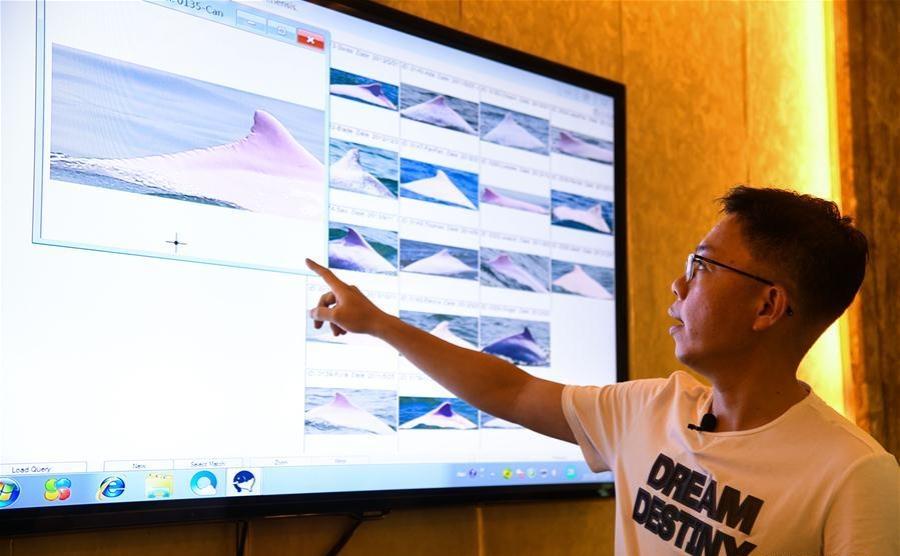 Dolphin watchers play an important in minimizing the construction's impact on the dolphins.

The Pearl River Estuary Chinese White Dolphin Reserve in recent years has supported more than 100 researchers in studying and protecting the mammal, and the reserve and the contractor trained over thousands of dolphin watchers during the construction of the bridge, Chen Hailiang said.

"Before the construction started, we raised seven issues in white dolphin protection. One of them was to train people to observe and protect the dolphins. We conducted 29 training sessions overall and those who passed the exam received a dolphin watcher certificate," he said.

Luo Guocai, 34, is a certificated dolphin watcher. His job is to conduct a 10-minute observation of the sea each time before construction starts. The dolphins have to breathe every few minutes above the sea.

"If we see them, we play the sound of their enemy, the killer whale, to warn them away," Luo said.

He Guomin, also a researcher with the South China Sea Fisheries Research Institute, co-authored a research report in 2005, concluded that "even in the worst case scenario, the construction will not cause significant damage to the species."

"No Chinese white dolphin died due to the construction in seven years and I believe their numbers will recover in the future," He said.

Chen Tao said he was more concerned about the dolphins' food. "It is a grave challenge for the dolphins that the number of their favorite prey -- demersal fish -- has reduced during the past decade. The qualify of their food is declining."

A number of researchers also believe that increasingly busy shipping activity in the estuary poses a challenge to the species.

"What we have done is just a beginning. We are facing a more onerous task of monitoring and protecting the species," Chen Tao said.