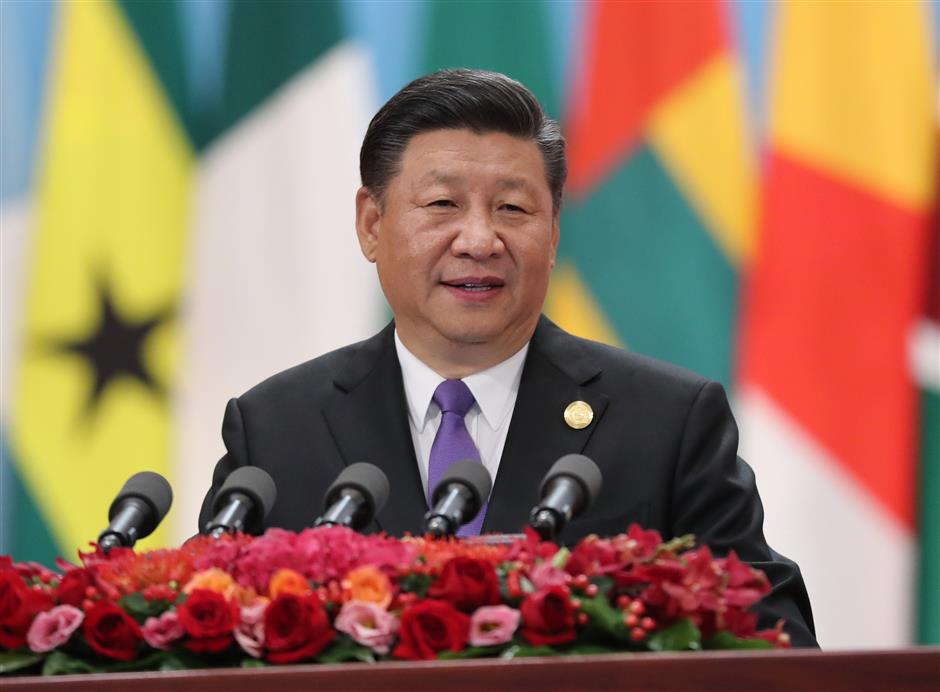 President Xi Jinping delivers his keynote speech during the opening ceremony of the 2018 Beijing Summit of the Forum on China-Africa Cooperation at the Great Hall of the People in the Chinese capital yesterday.

President Xi Jinping said yesterday that China and Africa have embarked on a distinctive path of win-win cooperation.

Xi made the statement in a keynote speech delivered at the opening ceremony of the 2018 Beijing Summit of the Forum on China-Africa Cooperation.

“No one can undermine the great unity between the Chinese people and the African people.”

China pursues common interests and puts friendship first in cooperation and believes that the sure way to boost China-Africa cooperation is for both sides to leverage their respective strengths and for China to complement Africa’s development through its own growth, and for both sides to pursue win-win cooperation and common development, he told the gathering of top dignitaries. “No one can hold back the Chinese people or the African people as we march toward rejuvenation.”

Africa has great potential for development and the continent is full of hope. China-Africa friendship and cooperation have broad vistas, and the two parties can forge an even stronger comprehensive strategic and cooperative partnership, the president said.

China values sincerity, friendship and equality in pursuing cooperation. The 1.3-billion-plus Chinese people, along with the over 1.2 billion African people, have been pursuing a shared future, he added.

Xi insisted that China takes a people-oriented approach in pursuing practical cooperation with efficiency, giving top priority to the interests of both Chinese and African people. “We will fully honor the promises we have made to our African brothers. No one can, through their imagination or assumption, deny the remarkable achievements made in China-Africa cooperation,” the Chinese leader said.