Chinese netizens are posting pictures featuring an old man with a red hat and white beard to celebrate Christmas, but this time it is not the usual Santa Claus. 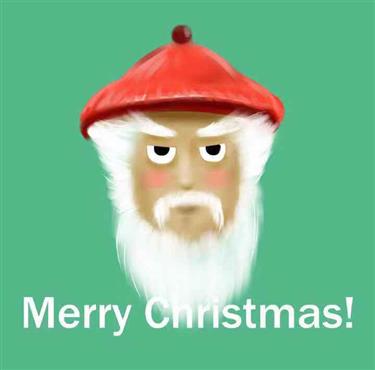 Elvis Tsui, a veteran Hong Kong actor, has become the latest Internet sensation after the character he played in the movie Royal Tramp (1992) has been found to look a bit similar to Santa — both with a red hat and white beard.

The movie was adapted from The Deer and the Cauldron, a novel by late Hong Kong novelist Louis Cha. Tsui played Oboi, a cruel and power-hungry official who plots to usurp the emperor's throne in the novel. 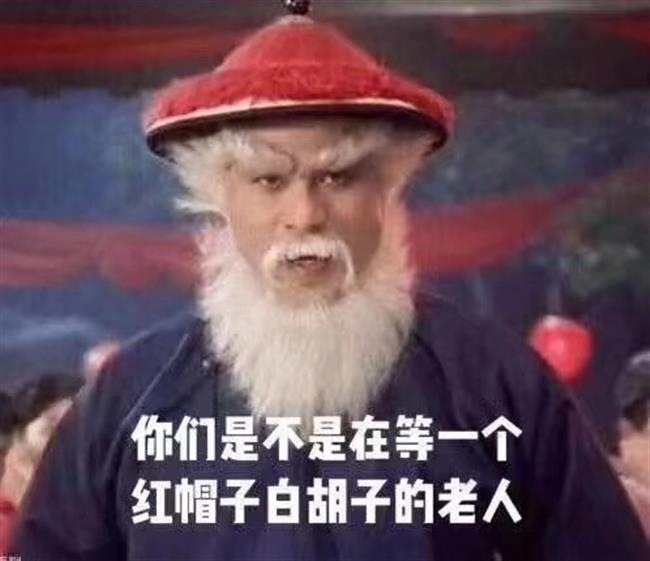 The subtitle reads: "Are you waiting for an old man with a red hat and white beard?"

Netizens are sharing the pictures of Tsui and wishing each other a Merry Christmas, and even Tsui himself has responded to the phenomenon.

On his official Weibo account, Tsui said: “It’s Christmas and the old man with a red hat and white beard is bringing you the best wishes!” 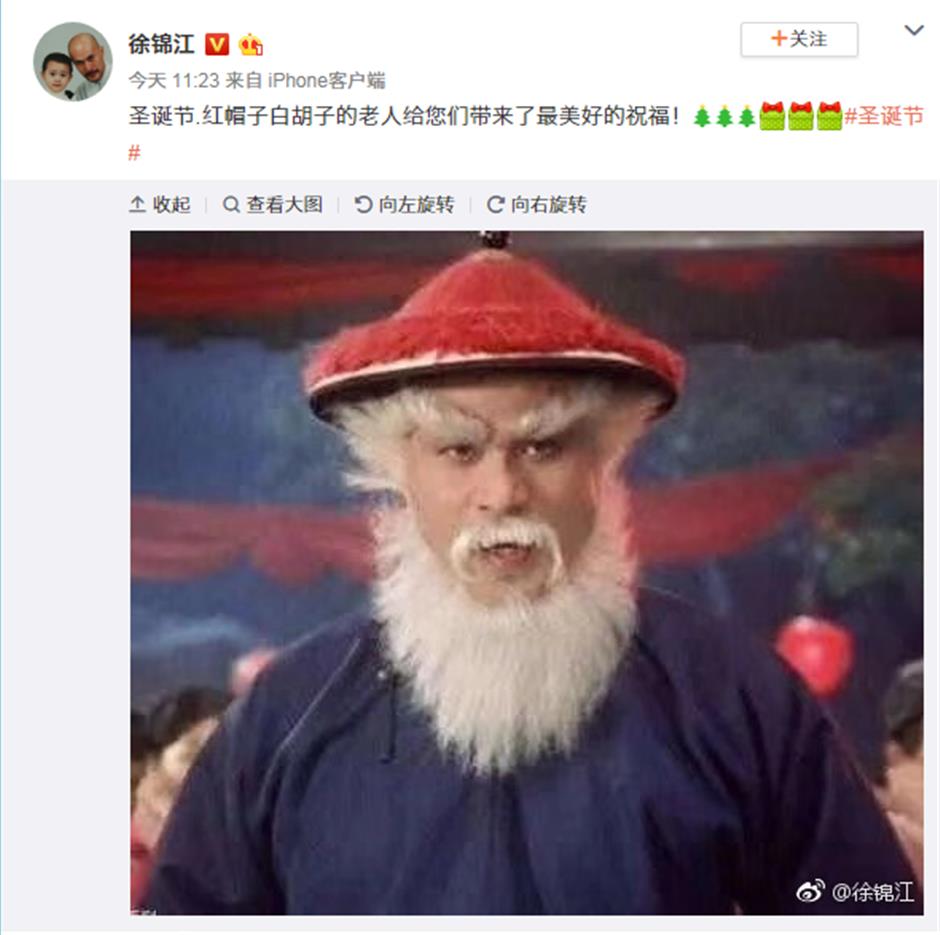 Evis Tsui posts a picture on his Weibo account around noon on Monday.

It is not the first time that netizens have made fun of Tsui’s image.

As Tsui is known for the long-haired characters in some of his movies, netizens photoshopped his image onto Aquaman and Thor, and joked that he was a 100 percent fit for the original characters. 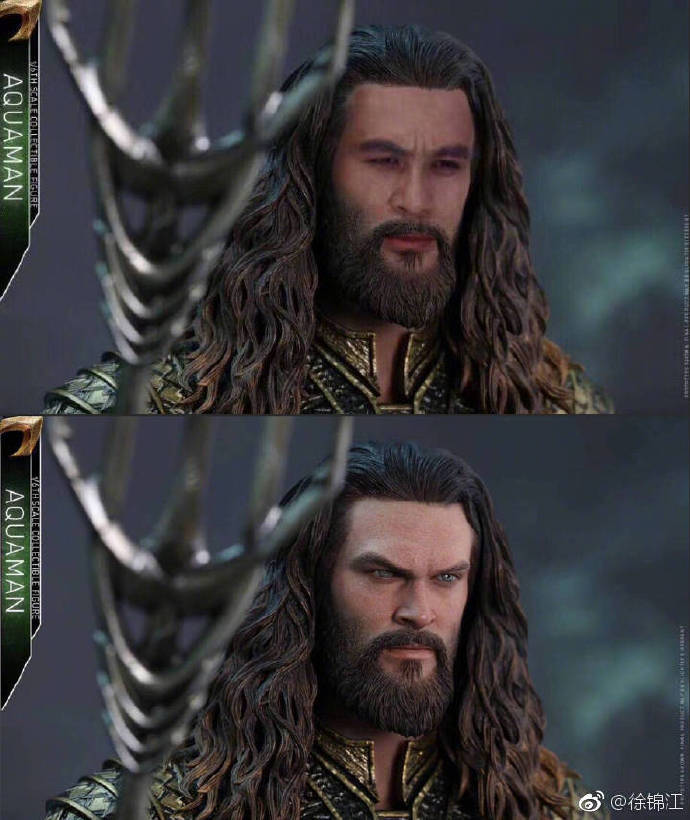