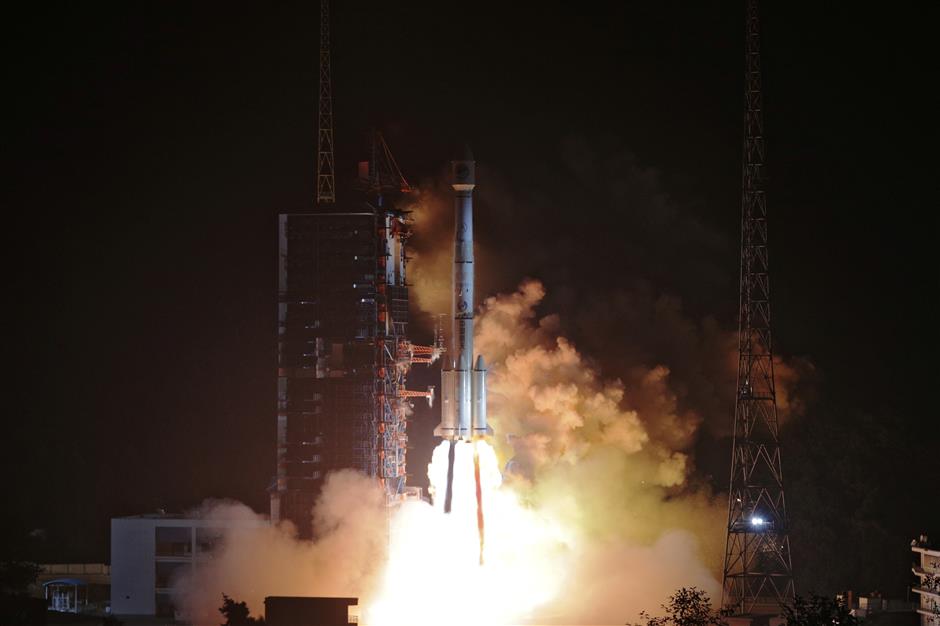 At a press conference of the State Council Information Office, Ran said the construction of the BDS-3 primary system had been completed.

"This signifies that BDS has officially entered the global era as the BDS expands from a regional system to a global navigation system," Ran said.

"From now on, no matter where you go, BDS will always be with you," said Ran.

The positioning accuracy of the system has reached 10 meters globally and five meters in the Asia-Pacific region. Its velocity accuracy is 0.2 meters per second, while its timing accuracy stands at 20 nanoseconds, according to Ran.

By the end of 2018, there were a total of 33 BDS satellites operating in orbit, including 15 BDS-2 satellites and 18 BDS-3 satellites.

China plans to launch another 11 BDS-3 satellites and one BDS-2 satellite in the coming two years to form the complete global network, which will further enhance the global service performance, Ran said.

China began to construct its navigation system, named after the Chinese term for the Big Dipper constellation, in the 1990s and started serving the Asia-Pacific region in 2012.

This year has seen the most intensive launch of the BDS satellites, with a total of 19 satellites being sent into space, setting a new record in the world navigation system construction, Ran said.

Compared with the BDS-2 system, the technologies of the BDS-3 system have been greatly improved. The communications, data transmission, and ranging among satellites can be achieved through inter-satellite links, said Lin Baojun, chief designer of the BDS-3 system.

BDS is compatible with other navigation systems, such as GPS, and users can receive services from both systems at the same time, improving positioning accuracy.

As an important achievement during the implementation of reform and opening up over the past 40 years, BDS has been widely used in China's national economy.

More than 14,000 companies and organizations are doing business related to BDS, employing over 500,000 people.

The total number of satellite navigation patent applications in China has reached 54,000, ranking first in the world.

BDS is used to monitor whether there are any deformations of the Hong Kong-Zhuhai-Macao Bridge to ensure its safe operation, Ran said.

Most of the smartphones sold in the Chinese market support the BDS positioning function. Smart cars based on the BDS high-precision services are expected to enter the market in 2019.

The system has also been widely used around the globe. BDS products have now entered more than 90 countries and regions such as Russia, Myanmar, Laos, Cambodia, Thailand, Indonesia, Pakistan, Kuwait, Algeria, and Uganda, according to Ran.

BDS has played an important role in transport management between China and Russia, supervision of river transport in Myanmar and precision agriculture in Laos, Ran added.