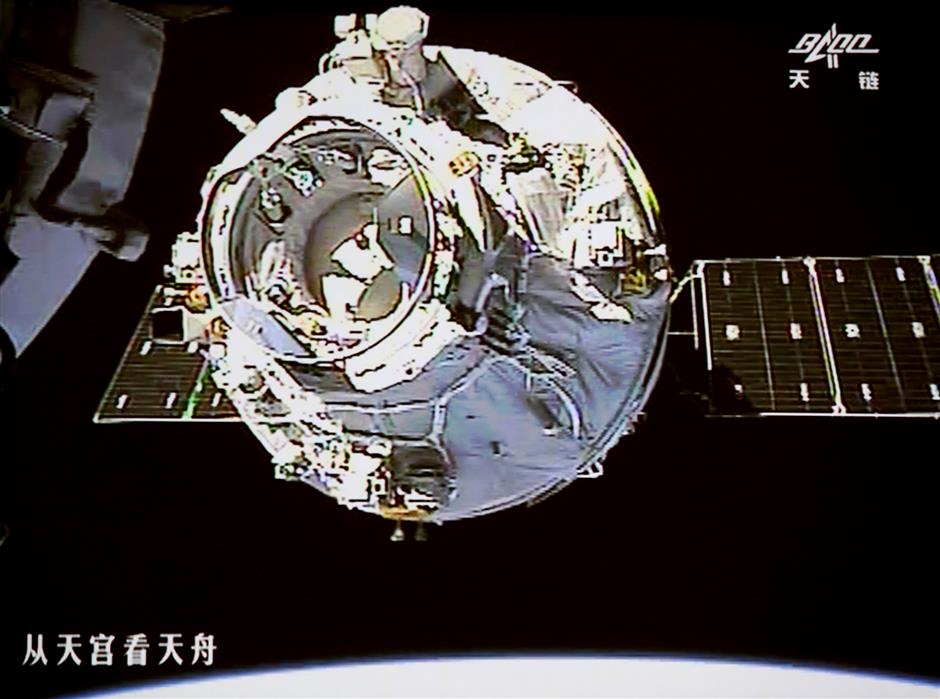 File photo taken on April 22, 2017 shows the Tianzhou-1 cargo spacecraft moving towards the orbiting Tiangong-2 space lab for the automated docking on a screen at Beijing Aerospace Control Center in Beijing, capital of China.

During space travel, the human body is in a state of weightlessness due to minimal gravitational pull from the earth, which is known as microgravity. Exposure to microgravity may have a profound influence on the physiological function of human cells.

The technique to induce cells into a pluripotent state earned two scientists the Nobel Prize in Physiology or Medicine in 2012.

The development of iPS cells has been the rocket fuel for regenerative medicine, an experimental branch of medicine that seeks to replace diseased cells, tissues or organs.

The Chinese researchers reported on the journal Stem Cells and Development that compared with cells cultured in an identical environment with ground gravity, iPS cells differentiated significantly quicker in space. The differentiation was enhanced four days after launch and lasted for 10 days afterward, indicating robust cardiac muscle cells formation.

According to the researchers, a bioreactor was designed to perform cell culturing and the time-lapse imaging experiments in orbit. The bioreactor consisted of three principal modules: the biological experiment module which had 48 cell culturing units, medium bags, as well as pumps and connections.

During the experiment, the camera, which can function automatically or follow remote control commands, took bright-field and green fluorescence images of live cell samples, which were then transmitted to the earth.

The control experiment was carried out in an identical bioreactor with the same culturing conditions at normal gravity of the earth.