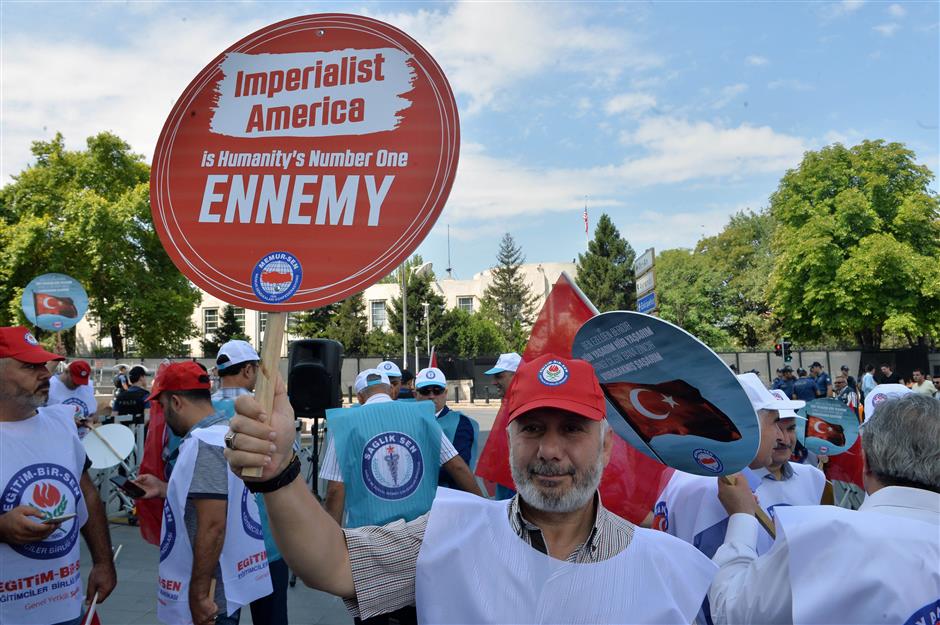 China on Thursday published a report on human rights situation in the United States.

The report, titled "Human Rights Record of the United States in 2018," was released by the Information Office of the State Council in response to the 2018 Country Reports on Human Rights Practices issued by the US State Department on March 13, local time.

China's report said the US government, a self-styled "human rights defender," has a human rights record which is flawed and lackluster, and the double standards of human rights it pursues are obvious.

With a foreword and eight chapters, the 12,000-character report exposes the human rights violations in the United States of different areas: the severe infringement on citizens' civil rights, the prevalence of money politics, the rising income inequality, worsening racial discrimination, and growing threats against children, women and immigrants, as well as the human rights violations caused by the unilateral America First policies.

A 10,000-character Chronology of Human Rights Violations of the United States in 2018 was also released by the office Thursday.

The United States reported frequent occurrence of violent crime cases, rampant gun crimes and the abuse of power by public officers, it said.

The report noted that the United States 2018 midterm elections cost a huge quantity of money as elections in the country became the games of money, with much involvement of "dark money" and corruption.

The United States had the highest rate of income inequality among Western countries and almost half of American households lived in financial difficulties, said the report.

The high incidence of school shootings, widespread school violence and lack of effective government oversight of child abuse has threatened children in the United States physically and mentally, it said.

Moreover, the US women faced severe threat in terms of sexual harassment and sexual assault, with personal safety in lack of protection, said the report, adding that they also faced obvious discrimination in employment and in workplace.