Police hunt baby-faced gangster, or not 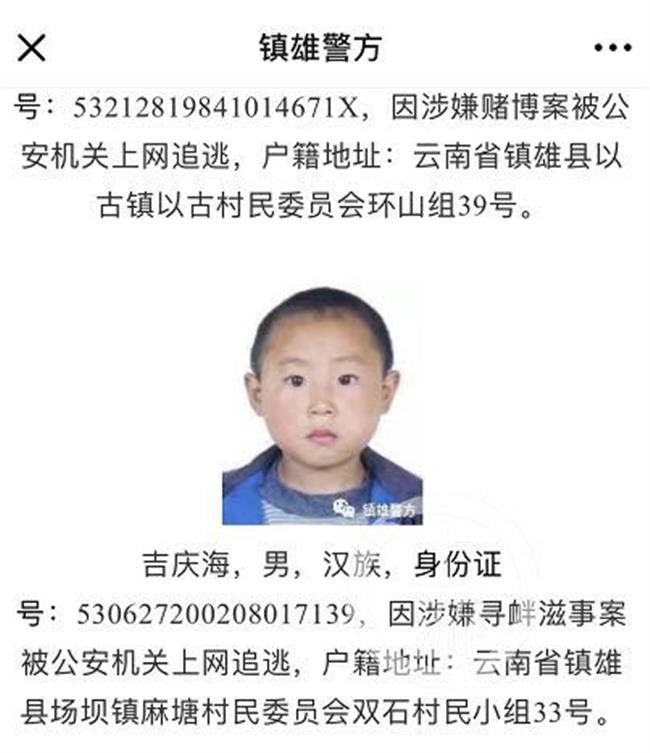 Police in southwest China's Yunnan Province apologized Wednesday after they used a childhood photo for a 17-year-old suspect in a wanted notice.

Obviously the purpose of a wanted poster is to attract public attention, but in this case the round-faced, chubby boy named as suspect Ji Qinghai appeared to be around 5 or 6 years old, and attracted far more attention than the police had bargained for.

Ji is among 100 suspects wanted by police in Zhenxiong County, Yunnan Province, for alleged gang crimes and other violent offenses, according to the arrest warrant published on the police WeChat account on Tuesday.

When asked why they had used such an old photo, Liu explained that it was the only one they had, Chongqing Morning News reported.

After much online criticism of Zhenxiong police for the sloppy work, they took down Tuesday’s warrant and issued an apology, agreeing that the photo was inappropriate.

In an updated warrant issued Wednesday, Zhenxiong police replaced with the boy’s photo with a blank space saying a current photo was unavailable.