An Airbnb host from Qingdao in Shandong Province was given a 20-day detention and fined 500 yuan (US$74) after a guest found a hidden webcam in his bedroom, Beijing Youth Daily reported on Monday.

The guest told the newspaper he booked the house at the end of March. “When I booked, it cost about 1,700 yuan (US$250) for three nights, and the host was labeled as ‘excellent’ by the site and has many positive comments by customers.” He said he hadn’t met the host, only communicating via WeChat.

Because he is engaged in information security, the guest added, he made it a habit of checking rooms for security flaws. For example, if it was possible to open a locked door from the outside.

When he and his party arrived at the house around 10pm on May 1 his suspicions were aroused.

“There were three motion sensors in the porch and two bedrooms, but the whole house was not equipped with a smart home system.”

Motion sensors are used in smart home networks in order to know if someone is in the house when it should be empty or to start smart devices.

This discovery prompted him to further examine the entire house. He then noticed something unusual about the Wi-Fi router — one of the indicator lights looked different and he suspected it was a camera. 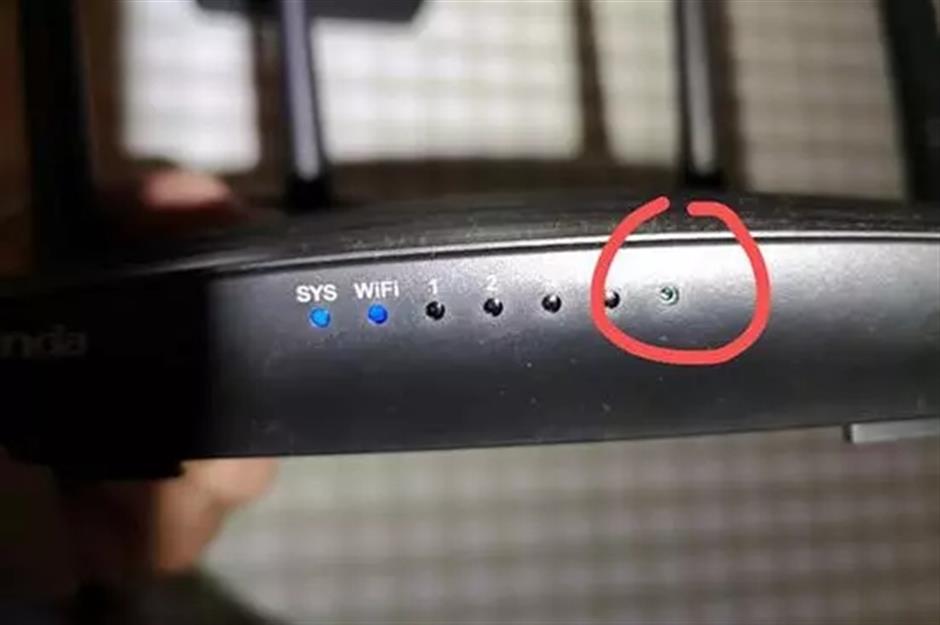 The camera lens hidden in a Wi-Fi router spotted by the Airbnb guest. 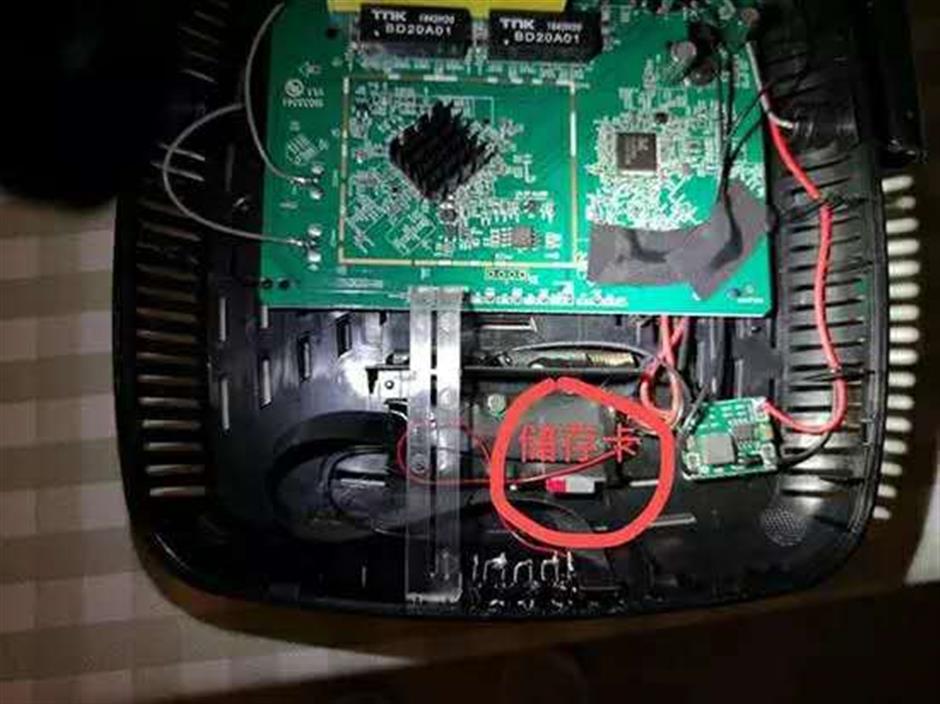 Excess wiring and a memory card were found in the router.

Opening it up, he found there was wiring inside than in normal routers. After consulting a WeChat group for advice he confirmed that the device had been converted when it was compared to similar models. “I took the router apart and when I turned the screw, I found it was very loose, which made me more sure about my suspicion because if it was original and unchanged, the screw would be tight.”

Inside, he found a memory card, which a normal router doesn't need. “I called the police immediately after I saw the card.” The police took the card and other electronic devices away and the guest moved to another hotel. The next day he gave police a statement.

He told the newspaper that his work involved Internet security and part of a course on privacy protection was on how to find spy cameras.

He showed the newspaper’s reporter the administrative punishment issued by Laoshan police. The ruling said the host had illegally installed a pin-hole camera in a bedroom facing the bed. The host also didn’t have a legal permit to offer accommodation for rent.

Executed concurrently, the homeowner got 20-day detention with a 500 yuan fine and the homestay was shut down.

The guest said Airbnb had refunded his stay. Airbnb told the newspaper it had given a full refund after the guest reported the incident to them on the night of May 2 and had guaranteed to pay for his hotel room.

Airbnb said it had apologized and promised to follow up the incident. The company had a zero-tolerance approach to invasions of privacy and had permanently removed the property from its platform.

Shanghai lawyer Spring Liu, a partner in the Duan & Duan Law Firm, told Shanghai Daily that under Chinese law e-commerce operators are supposed to verify the business qualifications of merchants to protect consumers' rights and interests. In this case, Liu said, the platform should be held accountable if it had failed to verify the host or if it knew or should have known that the host had breached the privacy of customers but hadn't taken any necessary measures to stop it. The local market authorities could launch an investigation and issues penalties if there were violations of the law.

The platform is registered in Beijing, according to the online National Enterprise Credit Information Publicity System.

In March, The Atlantic magazine reported that Max Vest, who stayed with the host of a Miami Airbnb in January, had found two small, black, rectangular boxes facing the bed. They looked like phone chargers but when he got closer, he realized they were cameras and were recording. Airbnb refunded his money and removed the host from its site.