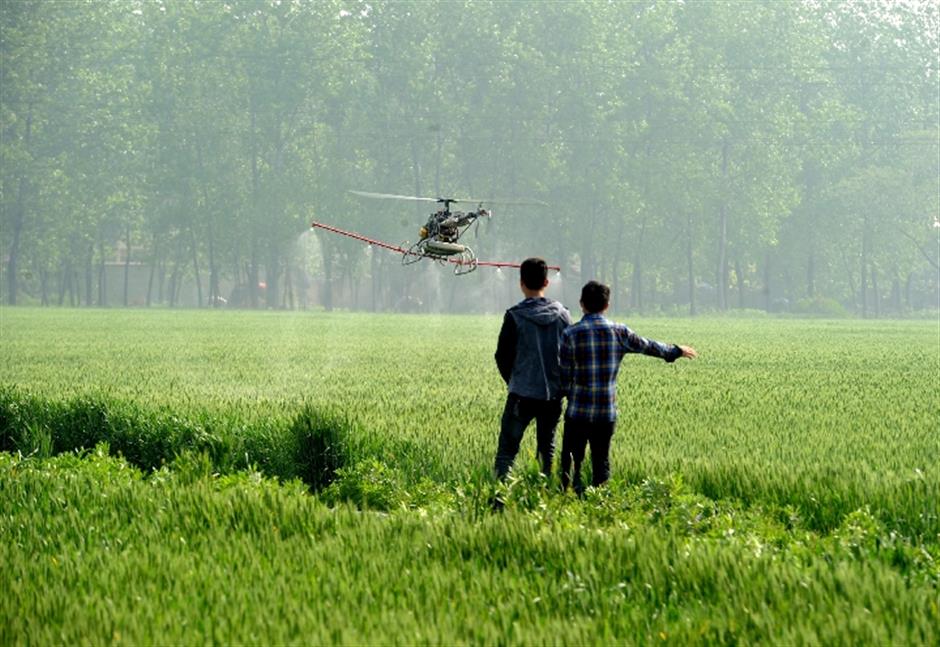 Agricultural drones are flying above while driverless machines transplant rows of rice seedlings in a farm in northeast China's Heilongjiang Province, a major rice production base.

The work is carried out on an almost 11-hectare field in Hongwei Farm, Heilongjiang, one of China's 10 selected grain plantation areas to test agricultural automation for the next-generation of farming.

Wang Fenglong, a supervisor in the Hongwei Farm, said only one person was needed for the farming. The drones are navigated by China's BeiDou Navigation Satellite System.

He said the test would be done in both plain and hilly land, for growing a variety of crops ranging from rice, wheat and vegetables to cotton, fruit and tobacco.

Sponsored by the Ministry of Agriculture and Rural Affairs and the Ministry of Industry and Information Technology, the 10 designated farms in Jiangsu Province, Chongqing Municipality, Xinjiang Uygur Autonomous Region as well as Henan and Hainan provinces started the test this year.

Liu Xiaowei, an official with the Farming Mechanization Department of the Ministry of Agriculture and Rural Affairs, said the ministries had grouped a number of research institutes to develop unmanned machines for intelligent and high-precision farming. The machines such as self-driving tractors, transplanters, harvesters and fertilizer distributors were developed with technology such as the Internet of Things, cloud computing and big data.

Pang Chunlin, secretary general of the Telematics Industry Application Alliance, said the whole process of agricultural automation in the farm in Heilongjiang undertaken by Beidahuang Group was expected to last until 2025 to improve functions and solve problems in application.

Authorities expected the machines to be on the market in 2020.

Prior to the pilot, China has been promoting mechanical farming to release farmers from manual labor. By the end of 2018, China had a mechanization rate of 67 percent in crop cultivation and harvesting.