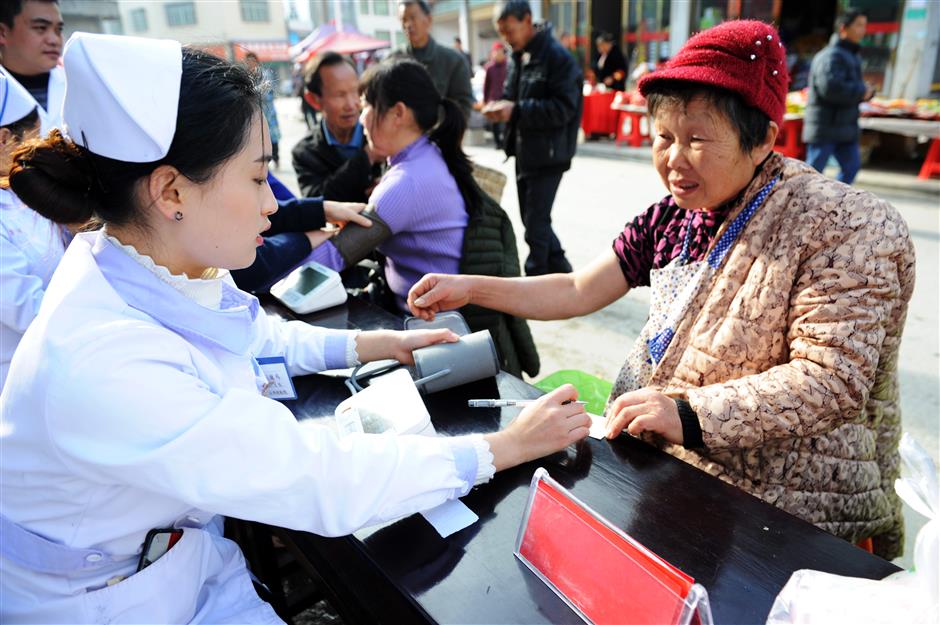 Chinese authorities will expand a health aid program to help people from impoverished families in rural areas receive treatment for 25 major diseases this year, according to the National Health Commission.

The project, launched in 2017, is intended to reduce the financial burdens of poor households by reimbursing patients for treatment expenses.

The number of reimbursable major diseases has increased from nine in 2017 to 25, including congenital heart diseases in children, gastric cancer and esophageal cancer, according to the commission.

Patients registered by local authorities as impoverished people can go to designated hospitals for diagnosis and treatment, and have their expenses reimbursed.

The commission said the burdens of medical expenses will be alleviated this year, and the practice of "treatment first, payment later" will be promoted.