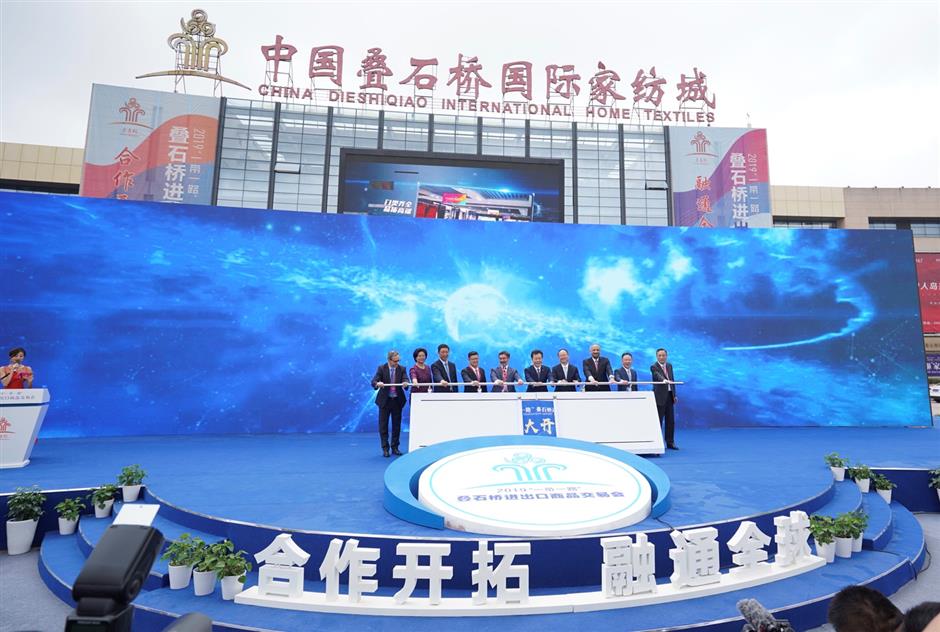 Government officials launch the opening of the Dieshiqiao Import and Export Commodities Fair.

An import and export commodities fair opened in Haimen in east China’s Jiangsu Province, on Thursday, gathering exhibitors and purchasers from more than 10,000 enterprises from home and abroad.

Iranian carpets, Russian dolls and Vietnamese coffee are on display.

The four-day event has attracted exhibitors and purchasers from countries including France, Indonesia and Switzerland.

"Home textiles is the traditional industry of Haimen and the event is a platform for participants from home and abroad to discuss the industry," said Jiang Yongjun, vice mayor of Haimen.

The Haimen government signed a cooperation agreement with the China Home Textile Association, while the Haimen Industrial Park reached agreements with the Donghua University and Soochow University.

A forum on the textile industries of Belt and Road countries will be held as part of the fair.