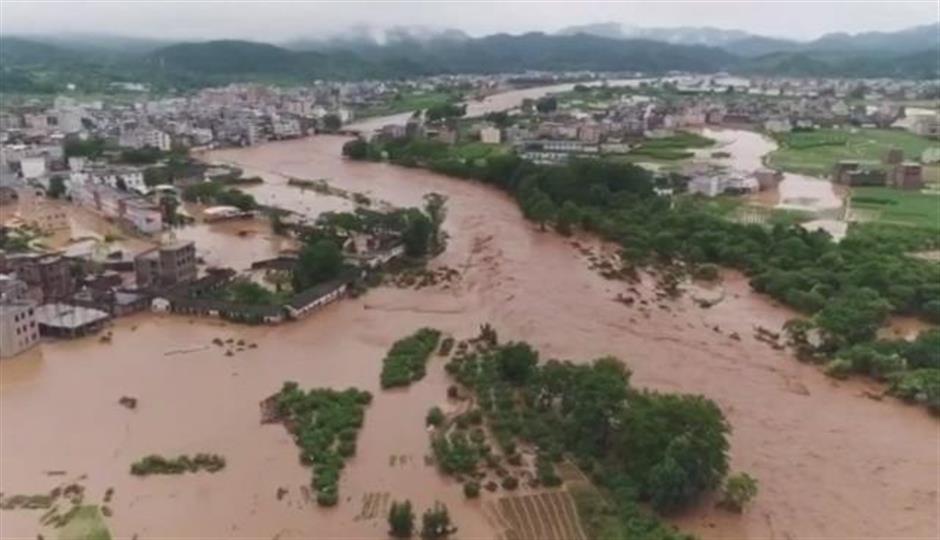 Lianping County in Heyuan City, south China's Guangdong Province, is among the worst-hit regions in the latest round of rainstorm.

Seven people were killed and one still missing as of 10:00am Tuesday as torrential downpours destroyed roads and toppled houses in southern China's Guangdong Province.

Three counties in Heyuan city are among the worst-hit regions in the latest round of rainstorm that have persisted over a week. More than 110,000 people were affected and 956 houses were damaged.