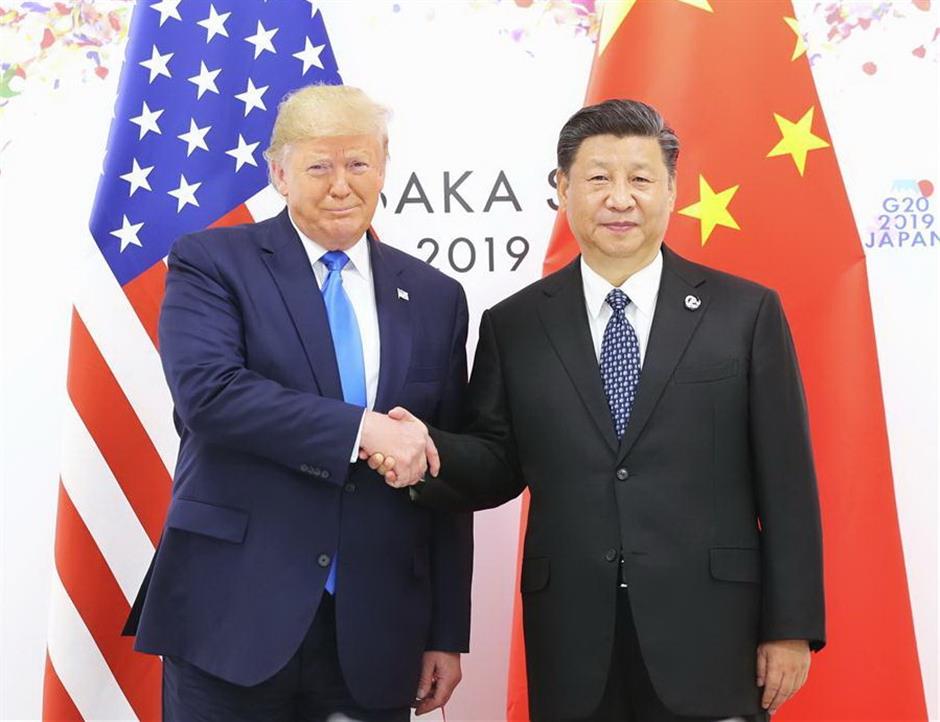 After two rainy days in the Japanese city of Osaka, Chinese President Xi Jinping and US President Donald Trump sat down at a warm Saturday noon for much anticipated talks on the future of China-US relations and their trade frictions.

After greeting each other with firm handshakes, the two leaders talked for more than one hour and agreed to jointly advance a China-US relationship featuring coordination, cooperation and stability.

They also clinched a deal to restart economic and trade consultations between their countries on the basis of equality and mutual respect, injecting much-needed confidence into the global economy and markets.

The US side said it will not add new tariffs on imports from China. The two countries' economic and trade negotiating teams will work on specific issues.

The top-level meeting, which aimed at charting the course for one of the world's most important bilateral ties in the next stage, took place under global spotlight on the sidelines of a summit of the Group of 20 (G20) major economies in Osaka.

At the very beginning of their meeting, Xi recalled the start of "ping-pong diplomacy" in 1971 in Nagoya, Japan, where Chinese and US players had friendly interactions at the 31st World Table Tennis Championships.

Despite the great changes that have taken place in the international situation and China-US relations during the past 40 years, "one basic fact remains unchanged: China and the United States both benefit from cooperation and lose in confrontation," Xi said. "Cooperation and dialogue are better than friction and confrontation."

China and the United States have highly integrated interests and extensive cooperation areas, and they should not fall into so-called traps of conflict and confrontation, Xi said.

He said that China is sincere in continuing trade negotiations and managing differences with the United States, but negotiations should be based on equality and mutual respect and address each other's legitimate concerns. 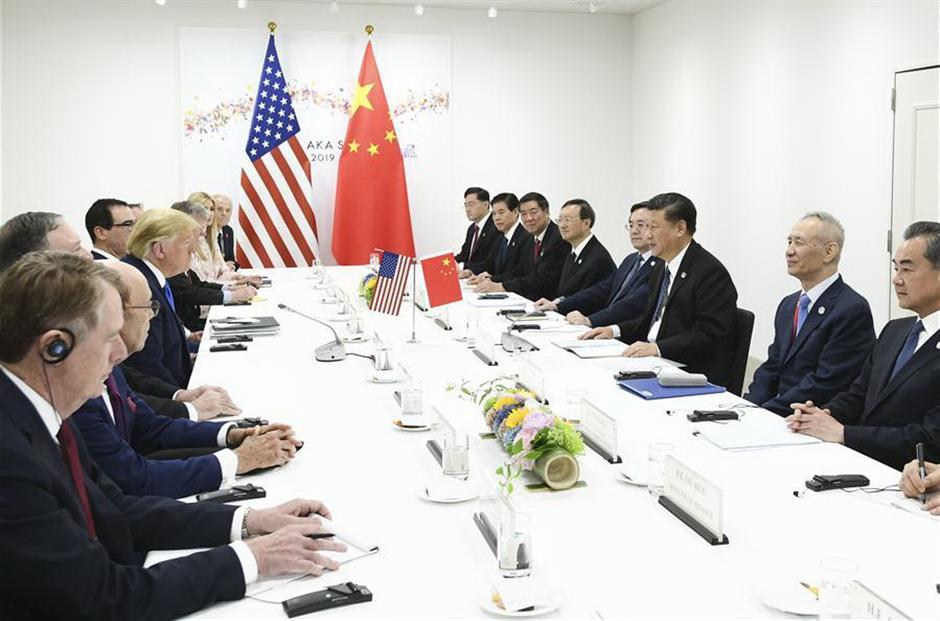 Also starting the talks with a vivid memory of his state visit to China in 2017, Trump said that trip is "one of the most incredible in my life."

The US president told Xi that he harbors no hostility towards China and hopes for better relations between the two countries.

Trump said that the US side will work together with China to advance a US-China relationship featuring coordination, cooperation and stability, expressing confidence that his meeting with Xi will give a strong boost to the development of US-China relations.

The United States hopes to engage in consultations to properly settle the trade imbalance between the two countries and provide fair treatment for enterprises of both sides, said Trump, adding that he hopes China can increase imports from the United States.

Trump told reporters after the meeting that the US-China trade negotiations are now "right back on track," a result which he considered "excellent" and better than expected.

Saeed Chaudhry, director of Islamabad Council for International Affairs, saw the outcome of the Xi-Trump meeting in Osaka as "a sign of relief to the world."

"The US administration must understand that they will lose, China will lose and then the whole world will lose if the two continue on the path of confrontation and resistance, but if they talk and cooperate, it would be a win-win situation of all," he told Xinhua.

Zhu Jianrong, a professor at Toyo Gakuen University of Japan, said the results of the meeting showed the inseparable relations between the United States and China, and they will benefit from cooperation and lose in confrontation.

The two leaders kept in mind their responsibility as major countries and the benefit of the two peoples, and arrived at a decision to stop further escalating the trade war and to resolve differences through consultations, said Jin Jianmin, a senior fellow at Fujitsu Research Institute in Tokyo.

It is the first face-to-face meeting between Xi and Trump, after their last one in December in the Argentine capital of Buenos Aires, also on the sidelines of a G20 summit.