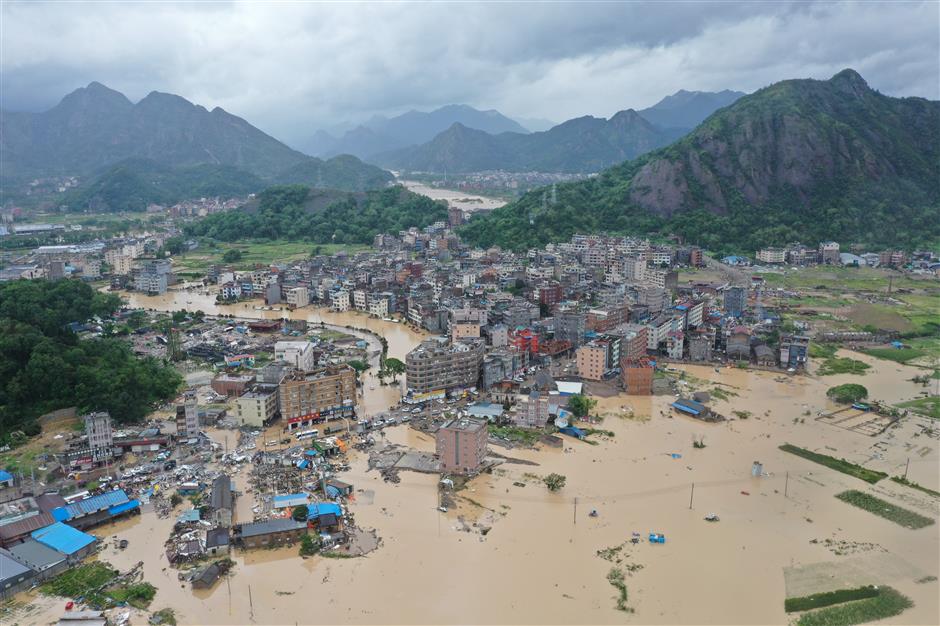 Dajing Town of Wenling City, Zhejiang Province, is inundated after being battered by Super Typhoon Lekima on August 10, 2019.

Thirteen people are dead and 16 others are missing as of 2pm on Saturday due to a barrier lake burst as Typhoon Lekima swept through Zhejiang Province in eastern China, the local publicity department said.

Typhoon-triggered heavy rainstorms hit the Yongjia County and caused a landslide that blocked the rivers with a maximum 10-m water level, trapping 120 villagers.

More than 300 local armed police, public security officers and other social rescuers were dispatched to the scene.