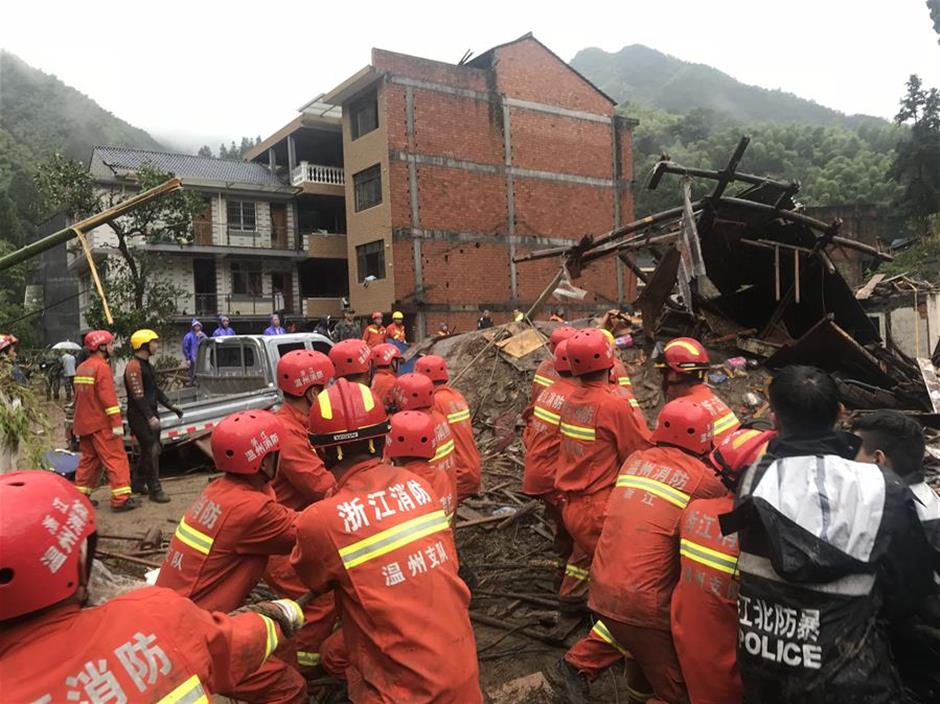 The death toll has risen to 22 due to a typhoon-triggered barrier lake burst in eastern China's Zhejiang Province, said local authorities.

As of 8pm Saturday, 10 people were still missing, said a source with the publicity department of Yongjia County.

With a maximum wind force of 187 km/h, Typhoon Lekima, the ninth of the year, made landfall at about 1:45am Saturday in Wenling City, Zhejiang, with Yongjia County the worst hit.

Typhoon Lekima brought heavy rainstorms in Yongjia County and caused a landslide that blocked rivers, raising the water level to a maximum of 10 m within 10 minutes and trapping 120 villagers.

More than 420 armed police and firefighters were dispatched to the scene to help with the rescue work.

Communication service has been restored, and water and electricity supply and road repair are underway.

Typhoon Lekima is expected to move at about 15 km per hour northward and westward with abatement of wind, according to the weather forecast.