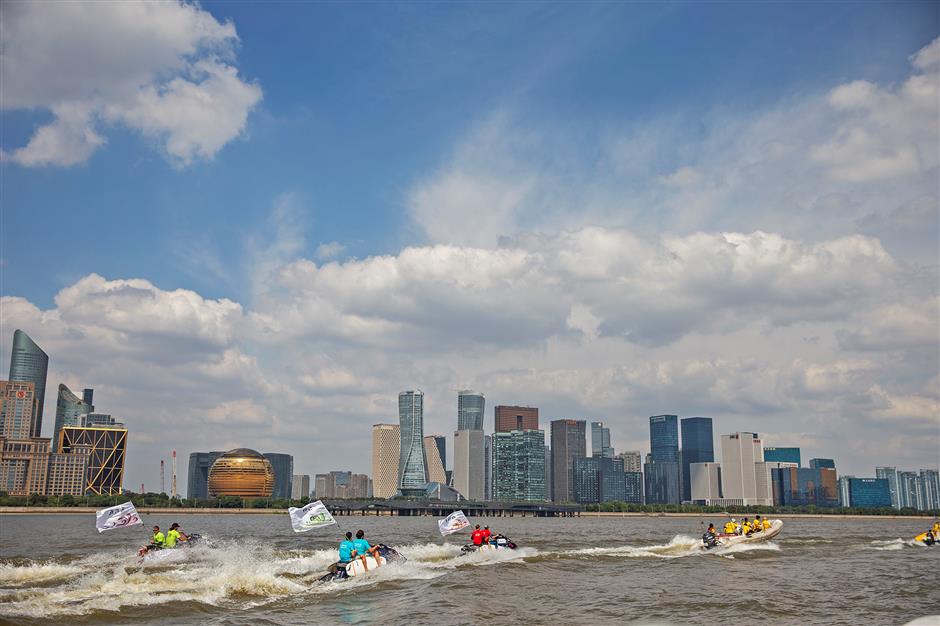 The 11th Qiantang River International Surfing Competition will be held on September 12, between the No. 1 and No. 9 Qianjiang bridges in Hangzhou.

Nine surfing teams from China, the US, Australia, Spain, South Africa, Brazil, France, Indonesia and Puerto Rico will compete for the event's top prize of 200,000 yuan (US$28,000). The contest will also see champion wave-riders such as Dean Morrison, Eneko Acera, Kyle Mcgeary and Garut Widiarta battle with the raging waters.

Qiantang River features the world's largest tidal bore, with waves that travel up to 40 kilometers per hour and reach upward of 9 meters high as the tide rushes into the mouth of the river from Hangzhou Bay.

The most intense bores usually occur in the middle of the eighth month of the lunar calendar, which usually falls in early to mid-September. Every year, this spectacular sight attracts tourists from around the world.

Surfing in the Qiantang River has only been allowed since 2008. During the competition, surfers will follow the tidal bore in motorboats and jet skis, and then take turns riding the waves.

Surfing will be included in the 2020 Summer Olympic Games in Tokyo. The inclusion has given a boost to the sport in China, where it remains relatively new.

“The only national surfing training base is on Hainan Island. Now, a brand-new training center is under construction in Hangzhou’s Xiaoshan District and will be completed within three years,” said Yao Zhongping, vice director of the Hangzhou Sports Bureau.

“Unlike an ocean tide where the waves come one after another, the Qiantang River features a fixed tidal bore, which lasts for hours and is thus more demanding for athletes. That provides surfers with favorable training conditions,” Yao added.

Hangzhou government hopes the competition can further promote the sport among citizens, especially the youth.

The competition will be broadcast nationwide by China Central Television. 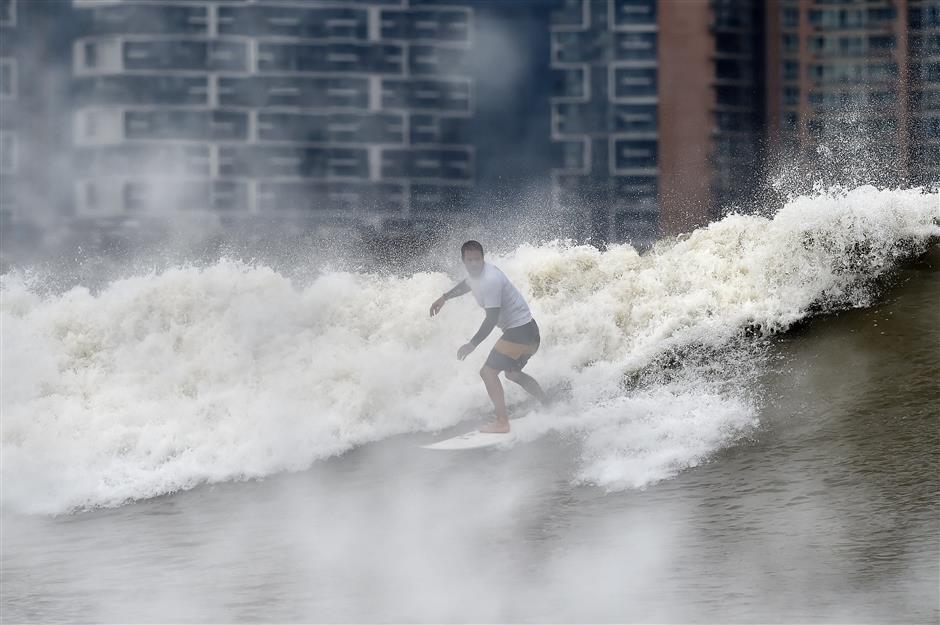 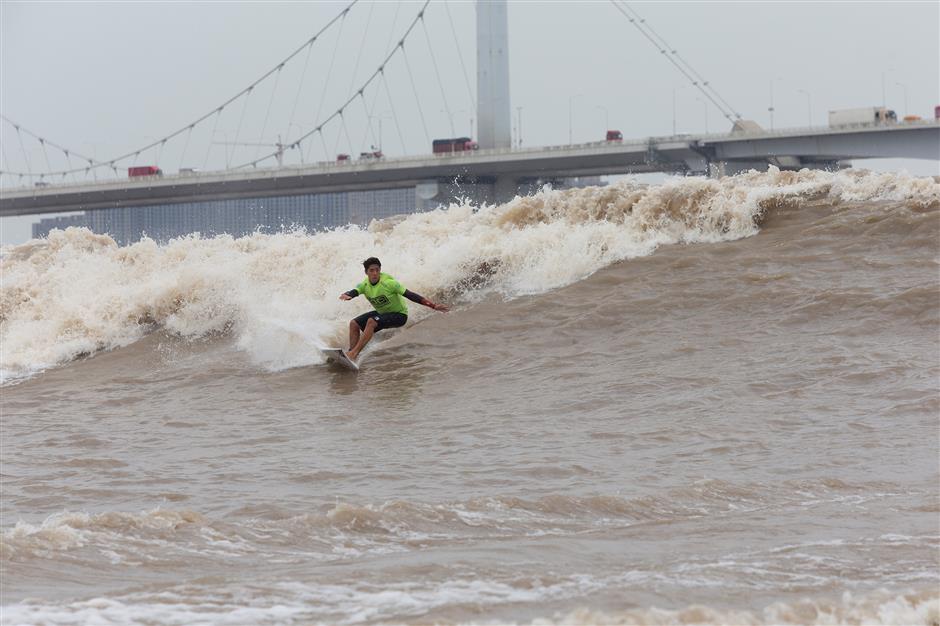 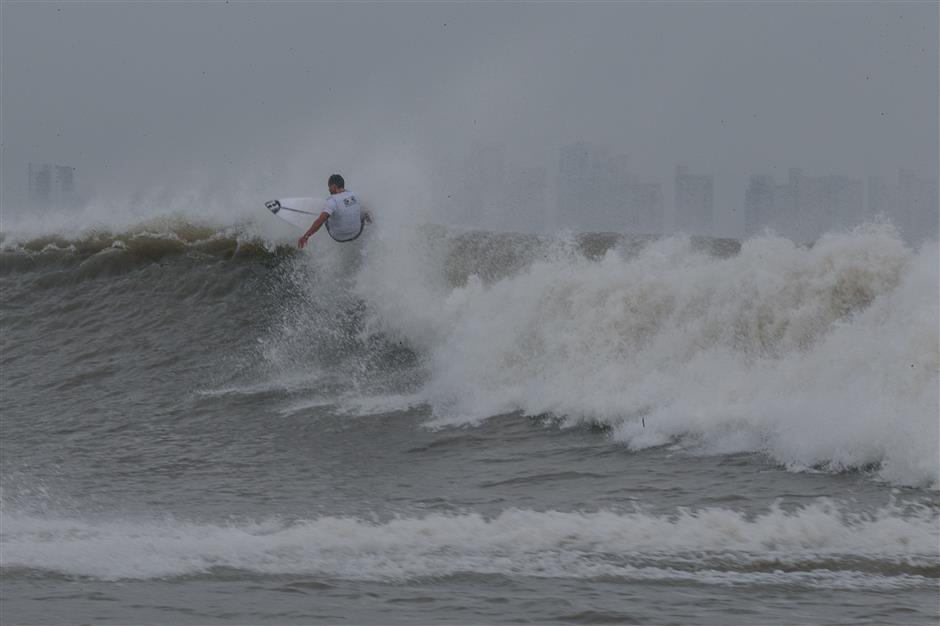