Residents of Luonan County in northwest China's Shaanxi province used to struggle to make a living because of the county's remoteness and barrenness.

However, things have changed when the locals found it an ideal place to plant roses and other flowers. Ever since they built a rose town in May 2017, over 400,000 tourists have visited the place, and local yearly income per capita increased to 8,000 yuan (US$1,123) last year.

The amount was enough to lift the residents out of poverty -- the international poverty line is US$1.9 a day. In Geneva-located Palais des Nations, where the Chinese government opened Monday an exhibition to mark the country's 70 years of human rights development, the residents told their stories. 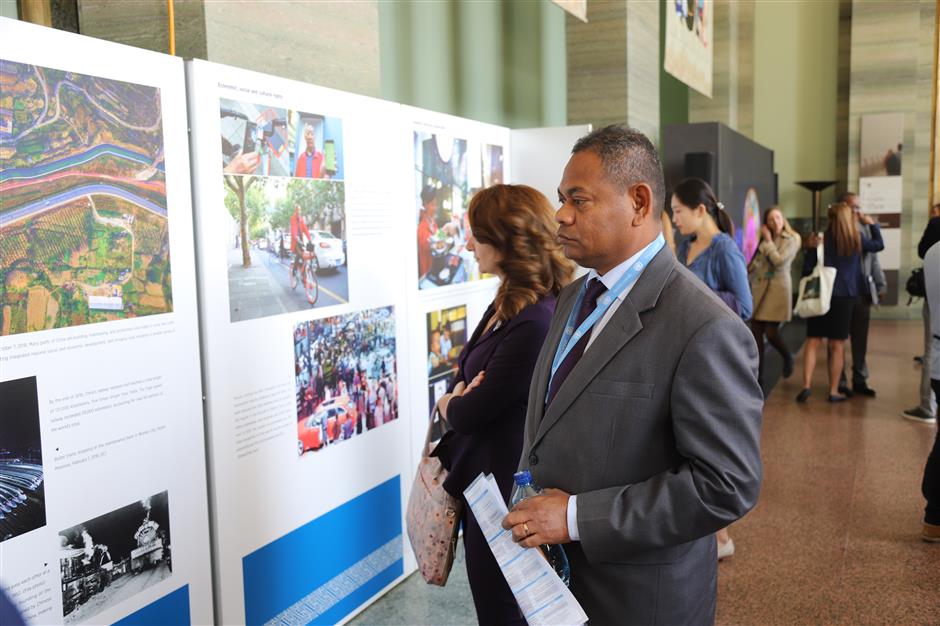 The exhibition "Pursuing Happiness for the People," coinciding with the start of the 42nd regular session of the Human Rights Council of the United Nations, came on the eve of the 70th anniversary of the founding of the People's Republic of China in October.

"The 1.3 billion Chinese are no longer threatened by food or clothing shortages, more than 850 million Chinese are out of poverty, 770 million are employed, nine-year compulsory education is provided across the country, and China's universal health care system and social security system lead the world in scale," said Chen Xu, head of the Chinese mission to UN at Geneva. 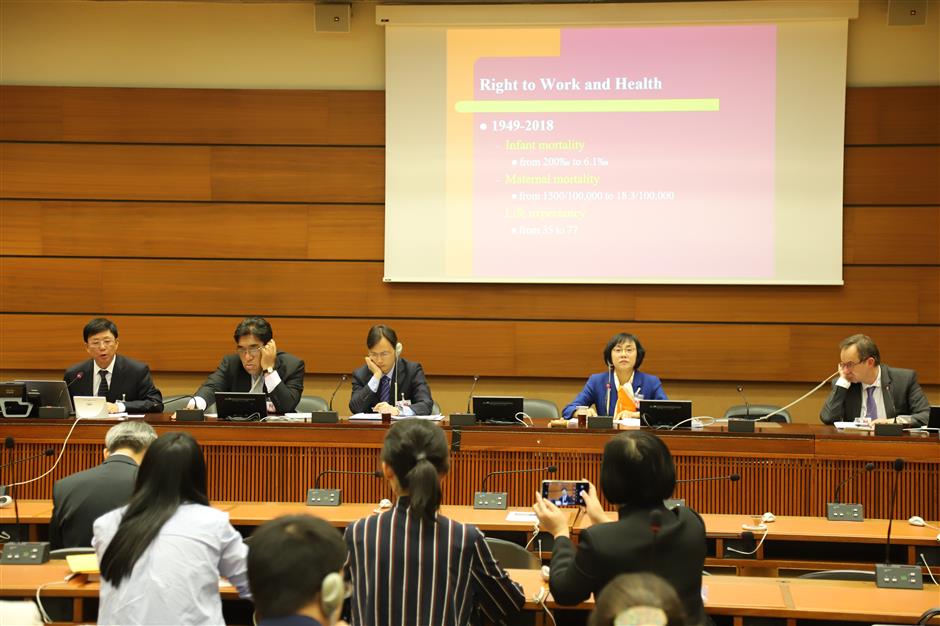 The event, titled "70 Years of the Development of Human Rights in New China," was held by China Society for Human Rights Studies (CSHRS) at the Palais des Nations, as a side-event of the 42nd regular session of the Human Rights Council of the United Nations in Geneva, Switzerland, Sept. 9, 2019.

"After years of hard work, the number of impoverished people (people living below the current poverty line) dropped from 770 million in 1978 to 16.6 million in 2018, and the poverty rate dropped from 97.5 percent to 1.7 percent," highlighted the exhibition.

These numbers are the strongest evidence of China's achievements in human rights. China is the first developing country to realize the UN Millennium Development Goal for poverty reduction as it has lifted the greatest number of people out of poverty. 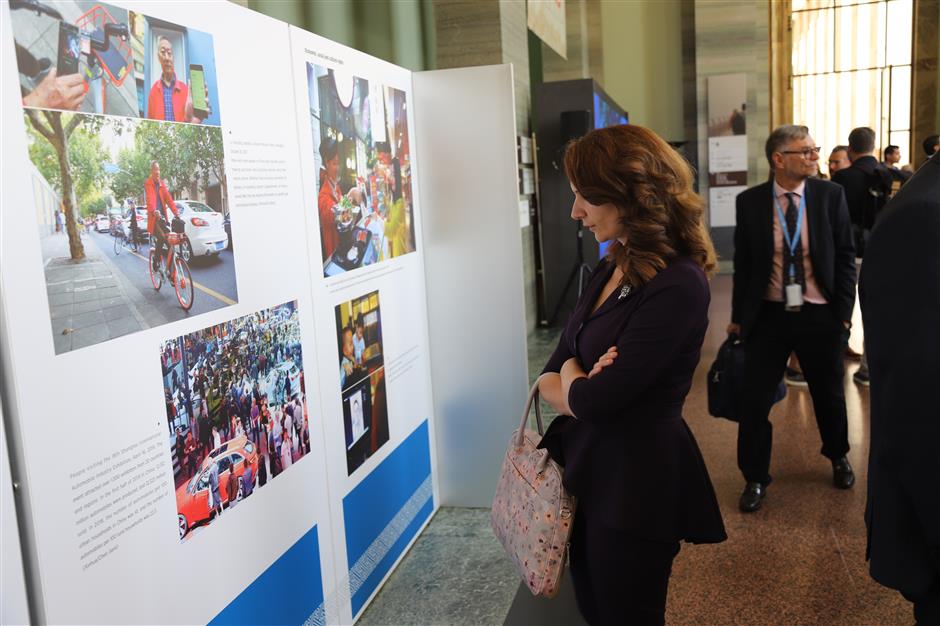 Philippine Ambassador in Geneva Evan P. Garcia, who attended the launching ceremony of the exhibition with some other 40 foreign ambassadors, praised China's achievements over the past seven decades.

"The People's Republic of China has demonstrated a tremendous achievement in lifting so many people out of poverty and in promoting development for the whole country," said Garcia. "This is something that the whole world should recognize and learn from."

"The poverty level that (China) cut down is quite dramatic and significant. That is incredible for us, for neighboring countries," said Myanmar's Ambassador in Geneva Kyaw Moe Tun.

Before 1949, the Chinese people, living in a country torn by wars and conflicts, could not really speak much of human rights. Once labelled as the "Sick Man of East Asia," life expectancy at the beginning of the new republic was around 35 years, according to official data. 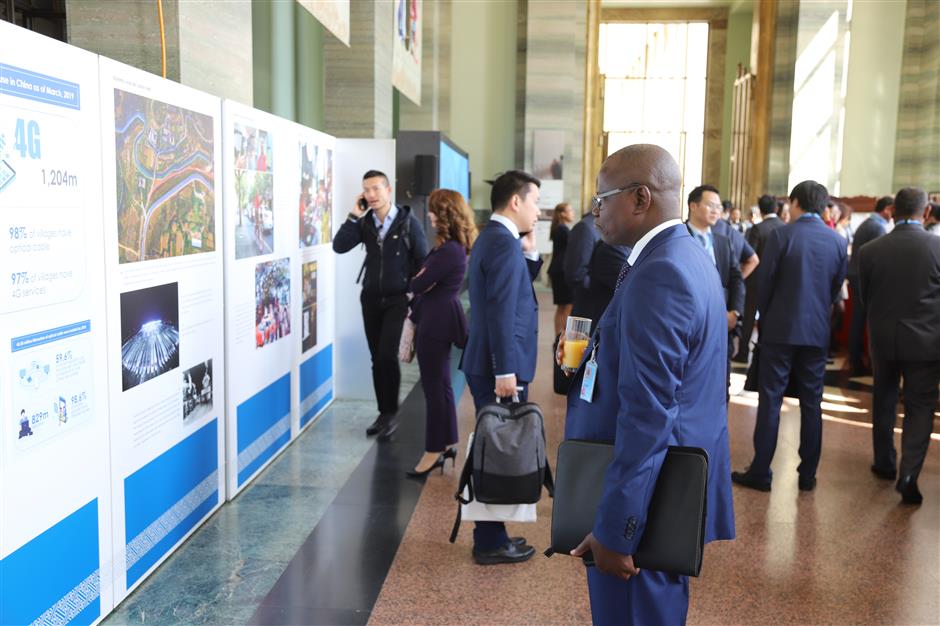 China used to be an illiterate country around 1949, where 80 percent of its people could not write. In 2018, average years of schooling for those aged 15 and above were 9.6, and the figure for the working-age population was 10.5, according to a white paper on China's progress in human rights issued by China's State Council Information Office in December 2018.

"It's an example for many other countries to learn, to see where China came from and what China is today," Namibian Ambassador in Geneva Penda A. Naanda said at the exhibition.

"Poverty alleviation is one of them. Agriculture, education, health, and of course technology ... so those are just among the areas that are highlighted by the exhibition which is very important," Naanda said.

"The secret to all of this lies in the way we promote human rights in China -- knowing our own realities, putting the people's interests above all else, and promoting human rights through development, the rule of law, and greater openness," said Chen.

In a congratulatory letter to a symposium marking the 70th anniversary of the Universal Declaration of Human Rights in Beijing last December, Chinese President Xi Jinping said China has been combining the principle of human rights' universality with the reality of modern times and staying committed to a path of human rights development that fits the Chinese context. 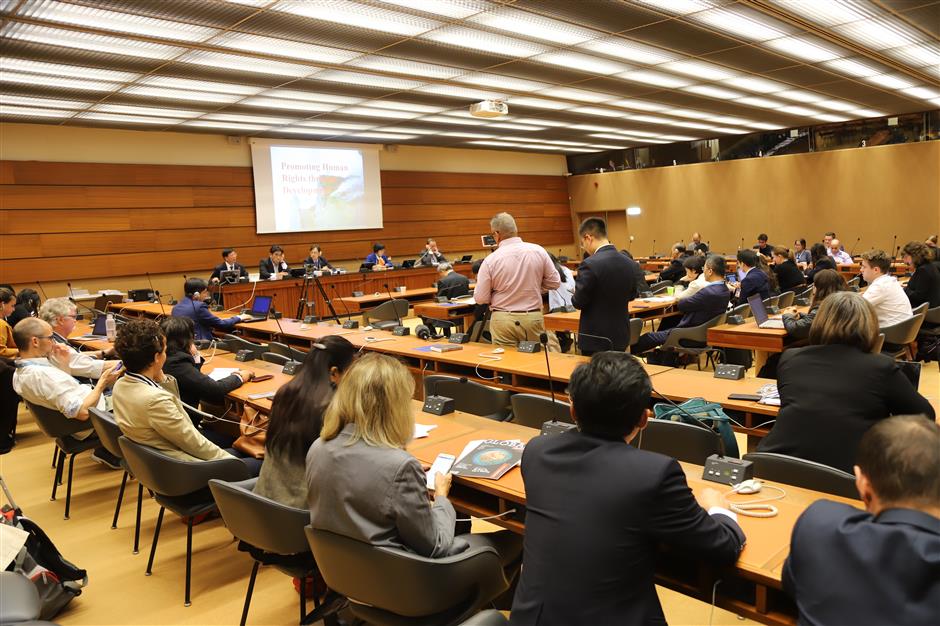 The event, titled "70 Years of the Development of Human Rights in New China," was held by China Society for Human Rights Studies (CSHRS) at the Palais des Nations, as a side-event of the 42nd regular session of the Human Rights Council of the United Nations in Geneva, Switzerland, Sept. 9, 2019.

In the eyes of Tom Zwart, a professor at the Utrecht University in the Netherlands, China's practice is a "contextual implementation."

Human rights are universal, but implementation is contextual, Zwart said Monday afternoon at a side event in the Palais des Nations, adding that the Chinese approach "is rooted in the Chinese ideal of harmony. And harmony will be achieved by diversity."

"We don't have to be completely universal. We can also be diverse. And that's a very important ingredient of reaching harmony," said Zwart, also convener of the Cross-cultural Human Rights Network, which was established in Beijing in 2014 to familiarize Northern audiences with Southern ideas, concepts and theories on human rights.