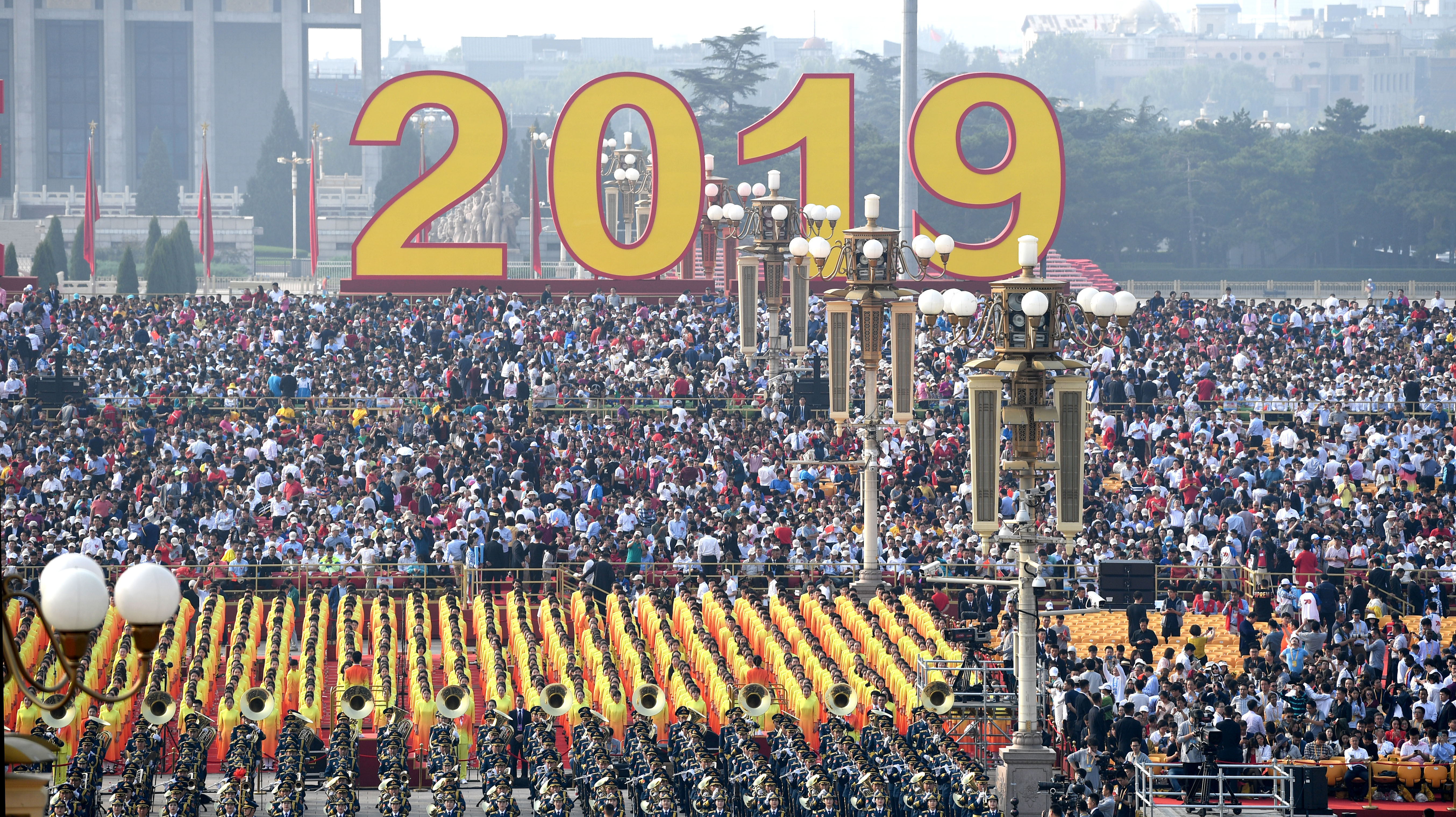 Tian'anmen Square at the heart of Beijing has been decorated to echo festivities of the 70th founding anniversary of the People's Republic of China, which falls on Tuesday.

Red ribbon-shaped sculptures have been installed on the square to signify the lineage of China's revolutionary past, present and future. A colossal portrait of Sun Yat-sen (1866-1925), a forerunner of the Chinese democratic revolution, has also been erected on the square.

On the front of the Tian'anmen Rostrum is a giant color portrait of late Chairman Mao Zedong, the founder of New China.

Huge red lanterns were hung atop the newly-refurbished rostrum, flunk by red flags flying above the stands on both sides.