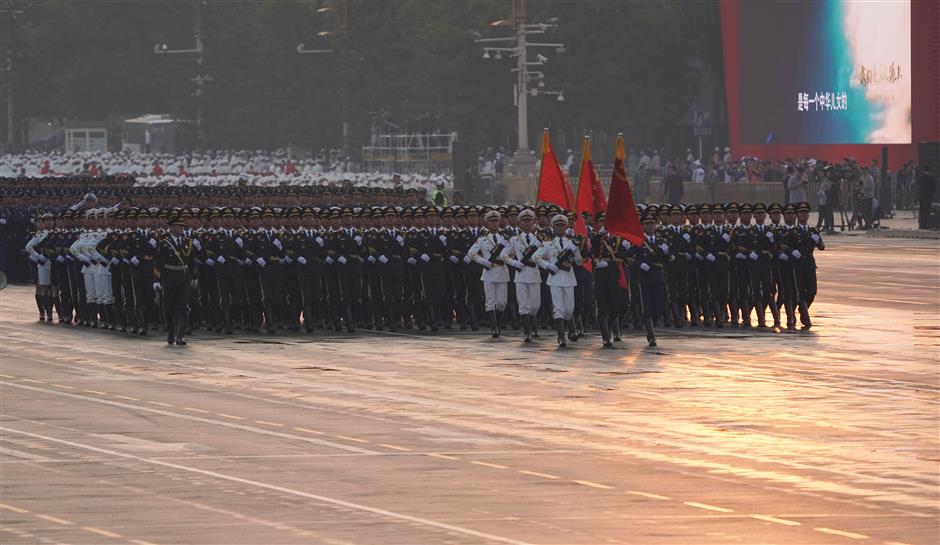 Over 160 aircraft at multiple bases are ready to join a grand military parade celebrating the 70th founding anniversary of the People's Republic of China (PRC) in central Beijing on Tuesday.

Selected from aviation forces of the People's Liberation Army's (PLA's) air force, navy and army, the aircraft are of 34 types.

They will fly in 12 echelons, led by aircraft carrying the flags of the Communist Party of China (CPC), the PRC and the PLA, over the Tian'anmen Square.

Twenty helicopters will fly in the formation of "70," representing 70 years of the PRC's development under the CPC leadership.

All the aircraft are domestically developed, of which 31.6 percent are new-type planes.