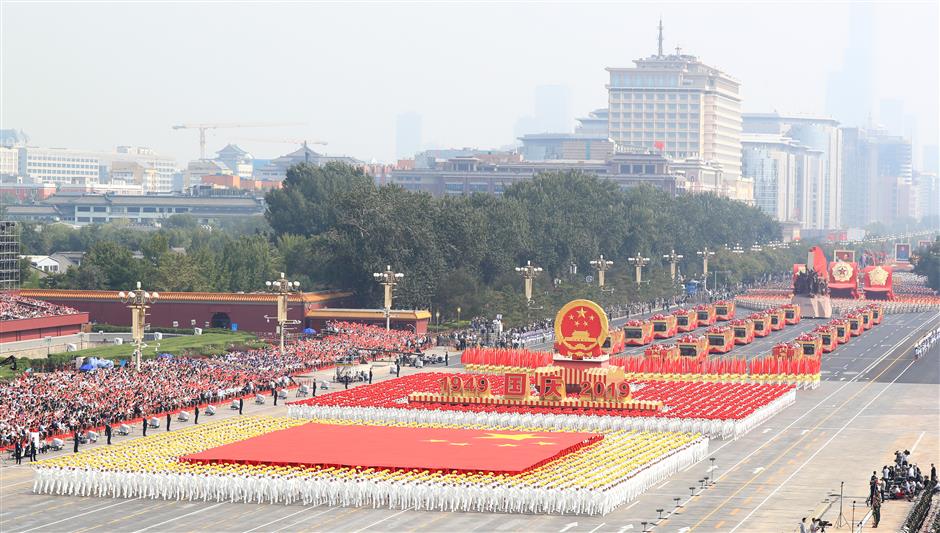 The first section of a mass pageantry celebrating the 70th founding anniversary of the People's Republic of China (PRC) saluted the founding and construction of the PRC with five formations marching through Tian'anmen Square on Tuesday morning.

The first formation of the section featured the birth of the Communist Party of China (CPC), followed by a formation displaying the 28-year CPC-led fight of the Chinese people against aggression and oppression and for survival and freedom.

Then came a formation demonstrating the history that Chinese communists, with Comrade Mao Zedong as the chief representative, established the Mao Zedong Thought and led the Chinese people in unity to found the PRC, said an official narrator.

Chinese people became the master of the country, society and their own destinies, as recreated in the next formation. The final formation of the section showed industrial and agriculture development, indicating that socialism is achieved through hard work.