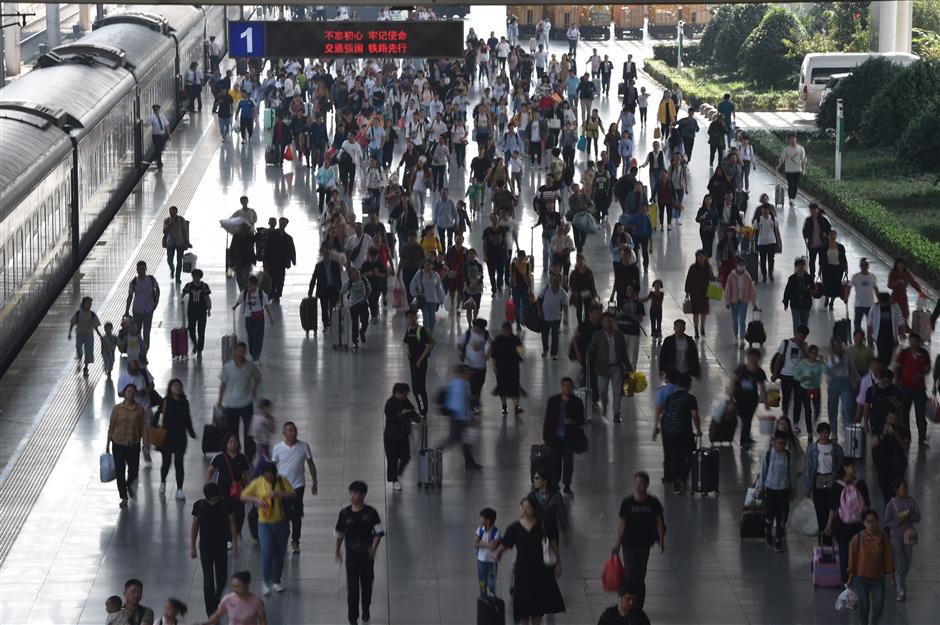 China saw more railway passenger trips made Tuesday than any single day during the previous National Day holidays as more people choose to travel by train.

A total of 17.133 million passenger trips were made on Oct. 1, the first day of the seven-day National Day holiday, data from the China State Railway Group Co., Ltd. showed.

This marked an increase of 886,000 passenger trips or 5.5 percent over one year ago.

The company expected about 13.6 million passenger trips to be made Wednesday.

Railway travel has become an increasingly popular means of transport for Chinese as the country has the world's largest railway network.