For Galina Kulikova, an 84-year-old Russian sinologist, this October takes on a special significance.

On Sunday, she received the Friendship Medal, China's highest state honor, in Beijing from Chinese President Xi Jinping. In an interview with Xinhua a few days earlier, Kulikova said she would return to Moscow shortly after the award ceremony to witness yet another historic moment in China-Russia relations -- the 70th anniversary of China-Russia diplomatic ties.

On October 2, 1949, one day after the founding of the People's Republic of China, the then Soviet Union recognized the PRC and formally established diplomatic ties with the country, becoming the first country to do so.

On Wednesday, Xi exchanged congratulations with Russian President Vladimir Putin on the 70th anniversary of bilateral ties, in which Xi said that the China-Russia relationship has achieved the highest level among major-country relations in terms of mutual trust, coordination and strategic value, and has made important contributions to maintaining world peace, stability and development.

Putin, while praising bilateral ties, said that the Russia-China relationship has successfully stood the test of time.

Since taking office in 2013, Xi has visited Russia eight times and met with Putin more than 30 times on bilateral and multilateral occasions, demonstrating strong friendship and political trust between the two heads of state against the background of a turbulent world.

In July 2017 in the Kremlin, Putin awarded Xi the highest honor of Russia, the Order of St. Andrew the Apostle the First-Called. In June 2018 at the Great Hall of the People, Xi awarded Putin the first-ever Friendship Medal of the PRC.

"Our heads of state show an example of trust. They met numerous times, discussed various issues and called each other good friends," said Kulikova, who has been working in the Russia (Soviet)-China Friendship Association for 62 years and now is the first deputy chairperson. 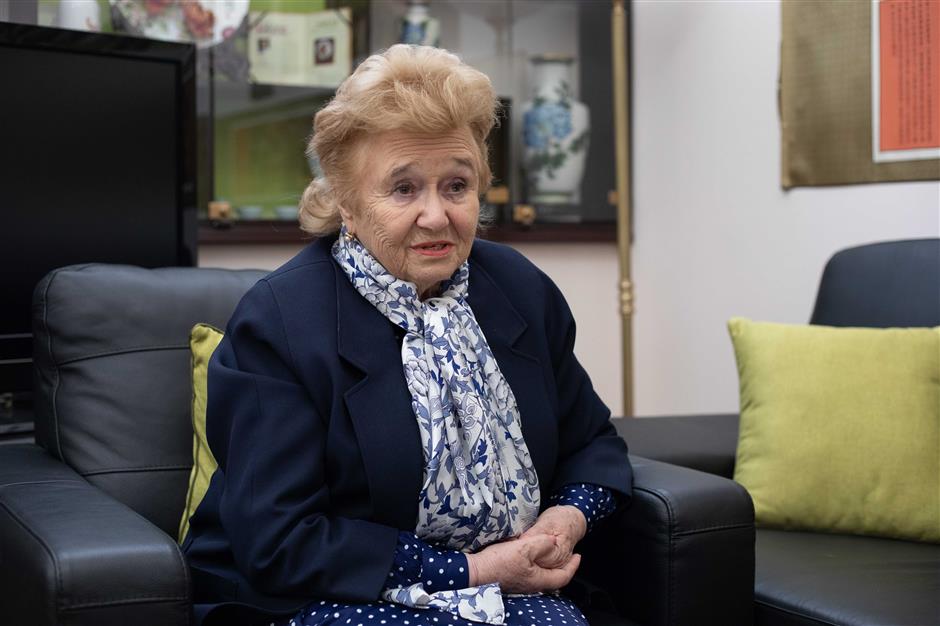 Galina Kulikova, first deputy chairperson of the Russia-China Friendship Association, who was granted China's Friendship Medal on September 29, 2019, received an interview with Xinhua in Mocow, capital of Russia, September 24, 2019.

Under the strategic leadership of the two presidents, China-Russia relations have reached the highest level in history and bilateral cooperation is booming in various spheres and at different levels.

During a state visit to Moscow in June, Xi and Putin signed a joint statement to upgrade China-Russia relations to a comprehensive strategic partnership of coordination for a new era, laying a milestone for the development of bilateral ties.

Together with Putin, Xi told a gathering at the Bolshoi Theatre in Moscow that the past 70 years have fully proved that China and Russia are good neighbors and true partners, as they were before and will be in the future.

The upgrading of Russia-China ties marked "an unprecedented level of cooperation. This means an even greater degree of mutual support in all areas," Russian Foreign Minister Sergei Lavrov said in a recent comment. 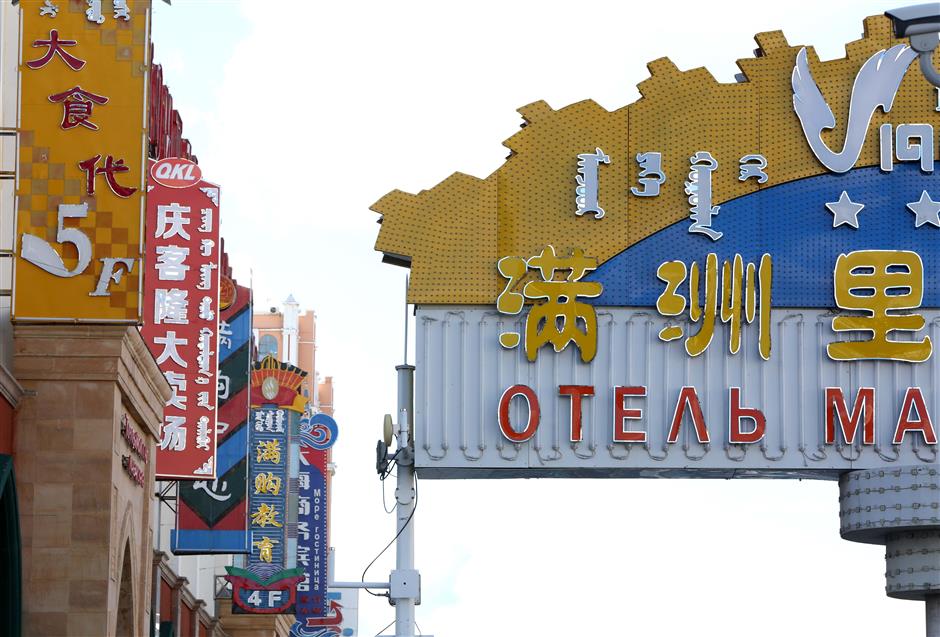 Photo taken on September 4, 2018, shows the multi-language signs in the street of Manzhouli, a border city with Russia in north China's Inner Mongolia Autonomous Region.

Last week, the China Railway Construction Corporation Limited started drilling the last tunnel as part of a project to build a 4.6-km section of the Moscow metro "Large Circle Line."

The project, initiated in 2017, covering three stations and nine tunnels, will be completed by the end of 2020. This year the CRCC won two more contracts to build metro lines in the Russian capital.

Moscow Mayor Sergei Sobyanin thanked the Chinese builders for their contributions to the expansion of the metro system as the city pins high hopes on public transport to alleviate serious traffic jams. 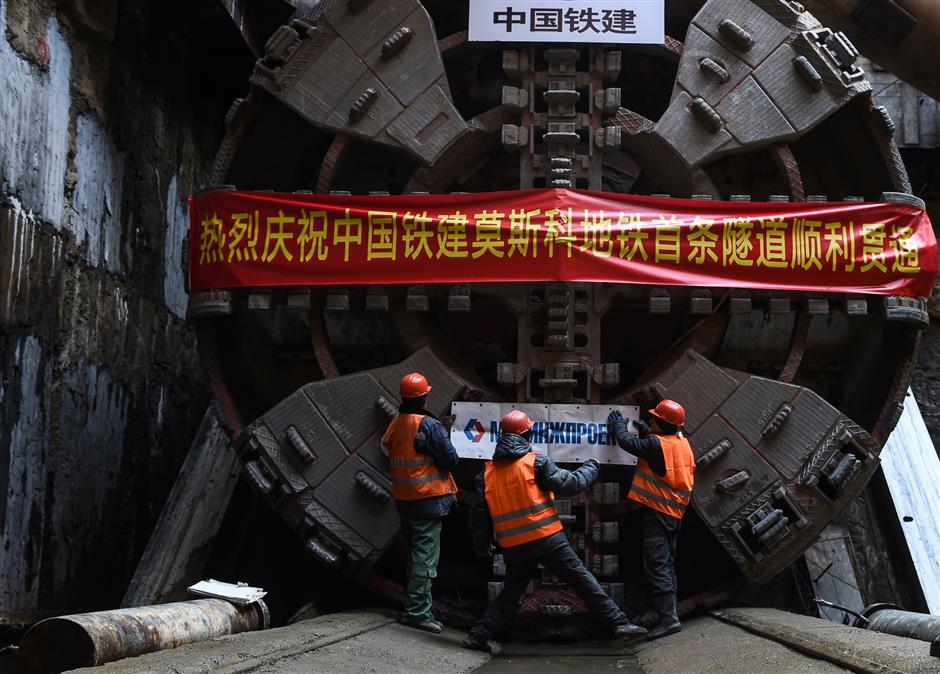 In August, China's home appliances producer Haier launched a new washing machine plant in the city of Naberezhnye Chelny in Russia's Tatarstan Republic, which will contribute to local industrial development and create a total of 600 jobs, according to the company.

"Haier has a good reputation here and many people want to work for us as they can get stable and higher-than-average wages," the factory's production manager Vladimir Romanenko said.

As China and Russia are strengthening economic links and aligning the Belt and Road Initiative with the Russia-led Eurasian Economic Union, the two governments have compiled a list of more than 70 investment projects that are high priorities for both countries and attractive to investors. 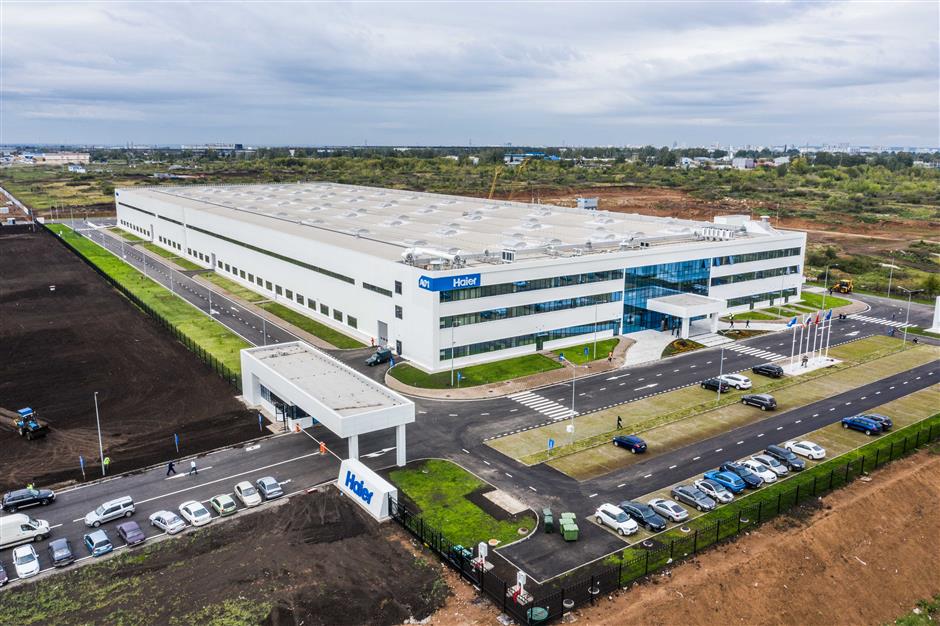 "I believe that we can not only maintain the current positive trends but also increase the achieved growth," said Andrei Slepnyov, director general of the Russian Export Center.

Trade in key sectors, including agriculture, engineering, chemical and timber industries, will maintain the leading position, Slepnyov predicted, while suggesting that the two countries conduct more cooperation in high-tech industries.

Thinking of China, General Director of the Bolshoi Theater Vladimir Urin always remembered a Chinese singer. Without mentioning her name, Urin said she studied at the Moscow Conservatory in the 1950s and sang the main part in the opera of Madame Butterfly.

"When I was attending a theater forum in Beijing, an elderly lady came to me and told me about her story with tears in her eyes," said Urin, who later learned from his senior colleagues that her performance was a hit in Moscow.

The lady is an epitome of the people-to-people exchanges of the two countries. From his many years of career, he can feel that people of Russia and China have a strong desire to get to know the other country's culture, he said. 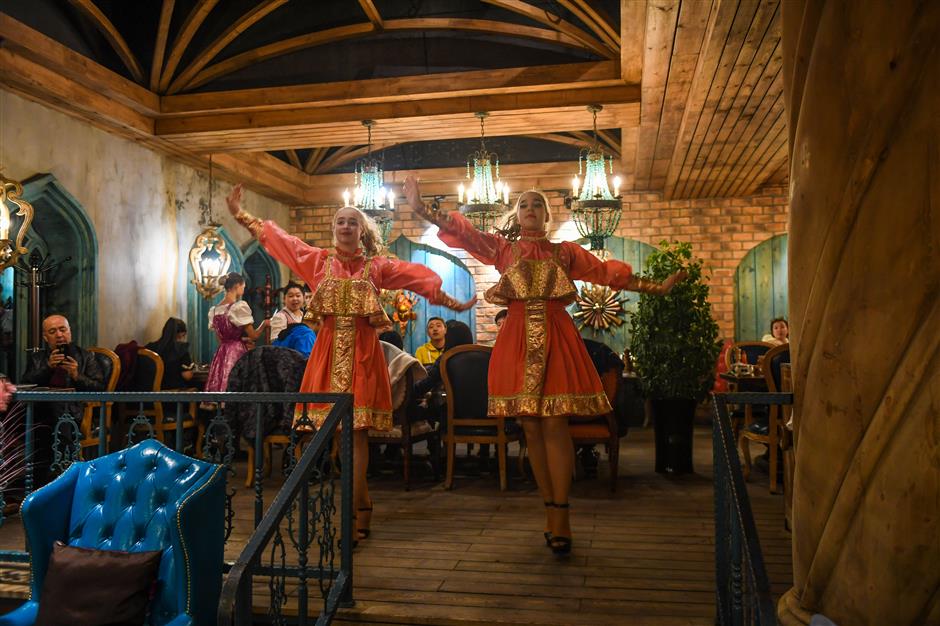 Dancers from Russia perform at a restaurant in Manzhouli, a border city with Russia in north China's Inner Mongolia Autonomous Region, September 7, 2018.

Last month, the 20th session of the China-Russia Committee on Humanities Cooperation was held in St. Petersburg, where senior officials from both sides agreed to further strengthen their cultural and people-to-people exchanges. 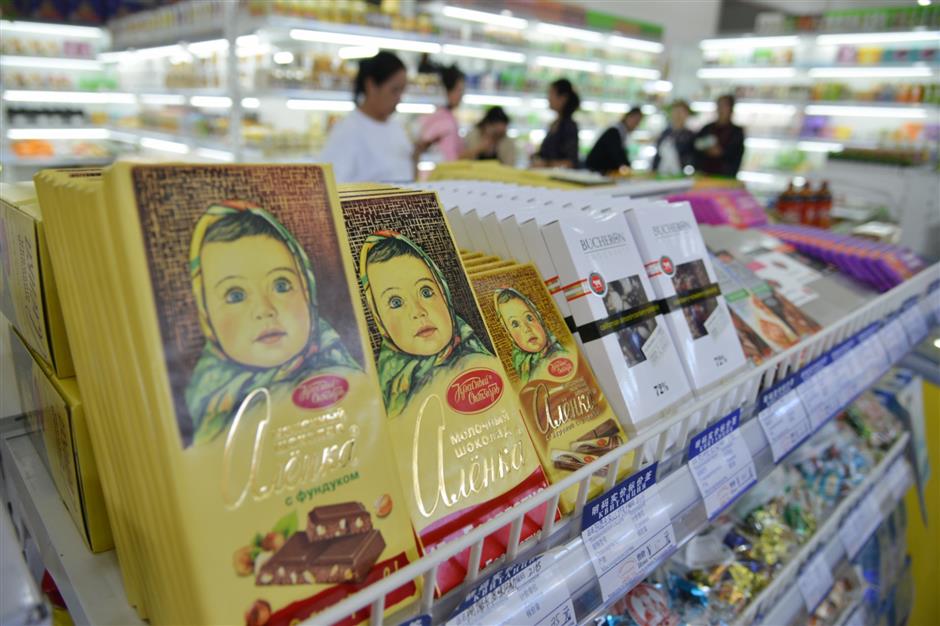 Chocolates from Russia (front) are on sale in a shop in Manzhouli, a border city with Russia in north China's Inner Mongolia Autonomous Region, September 3, 2018.

"Drastic changes have taken place in China over the past seven decades and the Chinese people are significantly better off," said Alexei Denisov, a Russian director who recently made a six-episode documentary based on some rare historical footage about China as "a birthday gift" for the 70th anniversary of the PRC and the Russia-China diplomatic ties.

"I will make more documentaries on China so that the Russian people will better know this great neighbor," said the director.