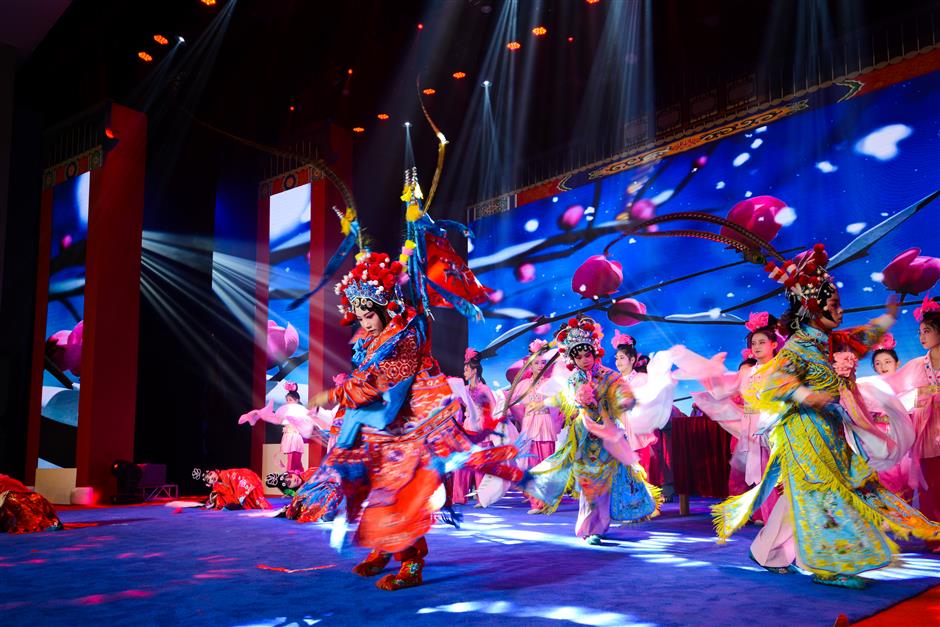 Young students of the Little Plum Flower Troupe perform Kunqu Opera at the opening ceremony of the Kunqu carnival in Bacheng in Jiangsu Province.

More than 40 Kunqu Opera artists and scholars, as well as enthusiasts from 50 some amateur organizations around the country, have gathered in the town of Bacheng in Jiangsu Province for a three-day carnival.

Tian Qing, director of the China Kunqu Opera and Guqin Research Institute, Pei-kai Cheng, professor of history at City University of Hong Kong, Wu Xinlei, professor and Kunqu researcher at Nanjing University, and Kunqu performers Cai Zhengren and Hou Shaokui were presented with certificates and medals of honorary citizenship of the Kunqu town.

The event was the fifth of its kind organized by the town government and others to preserve and promote Kunqu, one of China’s oldest opera genres.

Though Bacheng is now well-known for premium hairy crabs from Yangcheng Lake, the popular delicacy now in season, it is also believed to be the birthplace of Kunqu.

The opera genre is said to have originated from a popular local theater over 1,200 years ago by Huang Fanchuo, a court musician in the Tang Dynasty (AD 618-907). It came to be called “Kunshan music” after the city where Bacheng is located. Kun refers to the city name and qu means music. It was included in UNESCO’s list of intangible heritage in 2001.

Bacheng has also been known as the cradle of Kunqu performers. The Little Plum Flower Troupe, a children’s troupe in a local primary school, has trained more than 1,000 students and cultivated about 30 outstanding professional performers, some of whom are now in the Shanghai Kunqu Opera Troupe.

Proud of its musical heritage, the Bacheng government is now trying to cultivate the Kunqu culture alongside its reputation for hairy crabs.

Since 2015, it has been organizing the annual Kunqu carnival as one of its culture symbols, a way to promote cultural exchanges with the other areas of China and the world, and a window to show the charm of the traditional opera and its development.

The event is usually held around the Chongyang Festival. The festival, on the ninth day of the ninth lunar month, is now a day when respects are paid to senior citizens. In ancient times it was an important occasion for people to offer sacrifices to heaven, climb mountains, appreciate chrysanthemums and meet friends for entertainment, such as going to the opera. 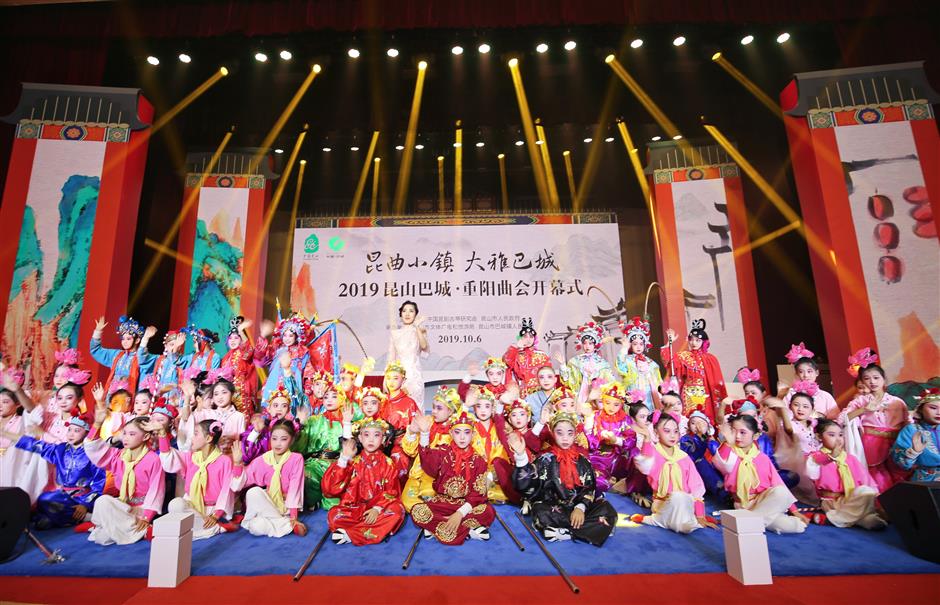 Performers pose for a group photo at the opening ceremony.