Chinese President Xi Jinping will attend the second informal meeting with Indian Prime Minister Narendra Modi and pay a state visit to Nepal from October 11 to 13.

This will be Xi's first overseas trip after the celebration of the 70th anniversary of the founding of the People's Republic of China, and Xi will be the first Chinese president to visit Nepal after an interval of 23 years. 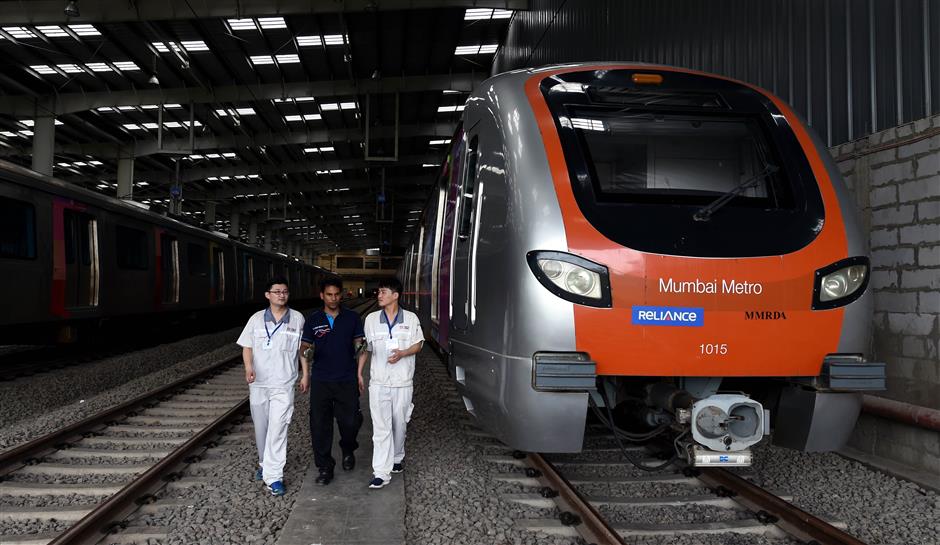 In Chennai, Xi will have an in-depth communication with Modi on issues that have overall, long-term and strategic significance on bilateral relations.

Since the first informal meeting between Xi and Modi in the central Chinese city of Wuhan last year, China-India relations have entered a new stage of steady growth, with cooperation and exchanges being carried out in various fields and differences being properly managed, Luo said.

People-to-people and cultural exchanges are also flourishing. In China, the Indian film "Dangal" became a hit in 2017, and the China-India co-production "Kung Fu Yoga" won wide praise in both countries.

Last December, New Delhi saw the first meeting of China-India high-level people-to-people exchanges mechanism, which has facilitated the development of partnership between the two sides.

China-India cooperation will not only benefit the development of the two countries, but also help promote world multipolarization and economic globalization, and safeguard the common interests of developing countries, Luo said.

China and India will celebrate the 70th anniversary of the establishment of bilateral ties next year. Xi's visit will set the tune and guide the direction for future development of the ties, and speak to the world in unanimous voice, so as to inject positive energy into the world of growing uncertainties. 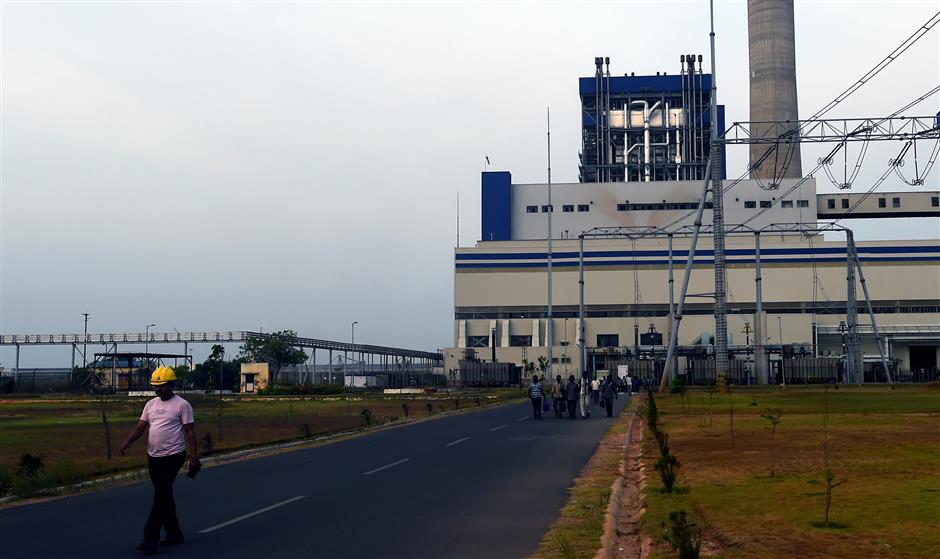 Lin Minwang, a professor at the Institute of International Studies of the Shanghai-based Fudan University, said China and India create development opportunities for each other.

During Xi's visit, the two leaders will have in-depth exchanges, providing strategic guidance and top-level design for the future development of bilateral ties, Lin added.

"Both India and China need to learn from each other," said Satyendra Kumar Upadhyay, an Indian scholar. "India and China have multiple reasons and advantage to collaborate and contribute for global peace and development."

Nepal, as a friendly neighbor, also serves as an important partner of China in terms of carrying out the Belt and Road cooperation, Luo said. Next year will mark the 65th anniversary of bilateral ties.

Since the establishment of diplomatic ties, the two countries have treated each other on an equal footing with mutual respect and support. China and Nepal have become a model of mutually beneficial cooperation between countries that are different in social system and size. 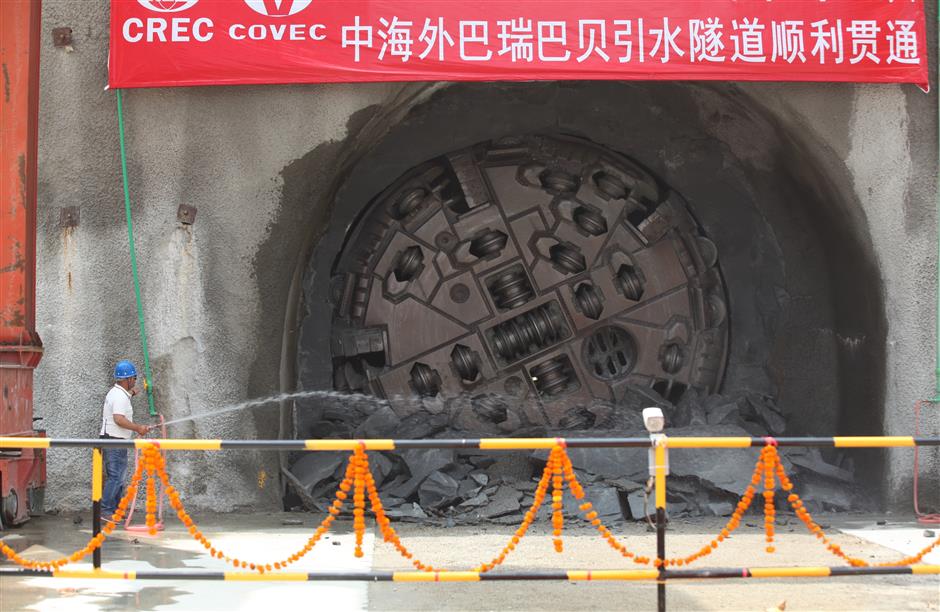 A constructor works at the tunnel of Bheri Babai Diversion Multipurpose Project (BBDMP), built by Chinese company, in Surkhet district of Karnali Province in western Nepal, on April 16, 2019.

During his visit, Xi will attend the welcome ceremony and banquet hosted by Nepali President Bidhya Devi Bhandari, meet with Bhandari, hold talks with Prime Minister K.P. Sharma Oli and jointly witness the signing of cooperation documents with him.

Xi will also meet with co-chairman of the Nepal Communist Party Pushpa Kamal Dahal, also known as Prachanda, and leaders of the country's Federal Parliament and other political party leaders.

Leaders of the two countries will make new plans for the development of bilateral relations, ushering in a new era of fast development for China-Nepal relations.

This will also consolidate political mutual trust and foundation of public opinions for friendship between the two countries, push forward high quality construction of the Belt and Road, speed up building an interconnectivity network across the Himalayas, and inject new impetus into pragmatic cooperation in various areas between the two countries.

The Nepal-China Trans-Himalayan Multi-dimensional Connectivity Network, including Nepal-China cross-border railway, for example, was included in the Joint Communique of the Leaders' Roundtable of the second Belt and Road Forum for International Cooperation issued in April.

Besides regional connectivity, people-to-people exchanges have also increased. Until last year, Nepal has held eight editions of the China Festival, forging a platform of significance for local public to learn more about China.

Now China-Nepal relations are in a period of smooth and positive development, said Han Hua, an associate professor at the College of International Relations of the Beijing-based Peking University. Han expressed the hope that Xi's visit will bolster bilateral cooperation.

Xi's visit is just at the right time, and Nepal pays great attention to it, said Govinda Thapa, chairman of the China-Nepal Friendship Industrial Park. 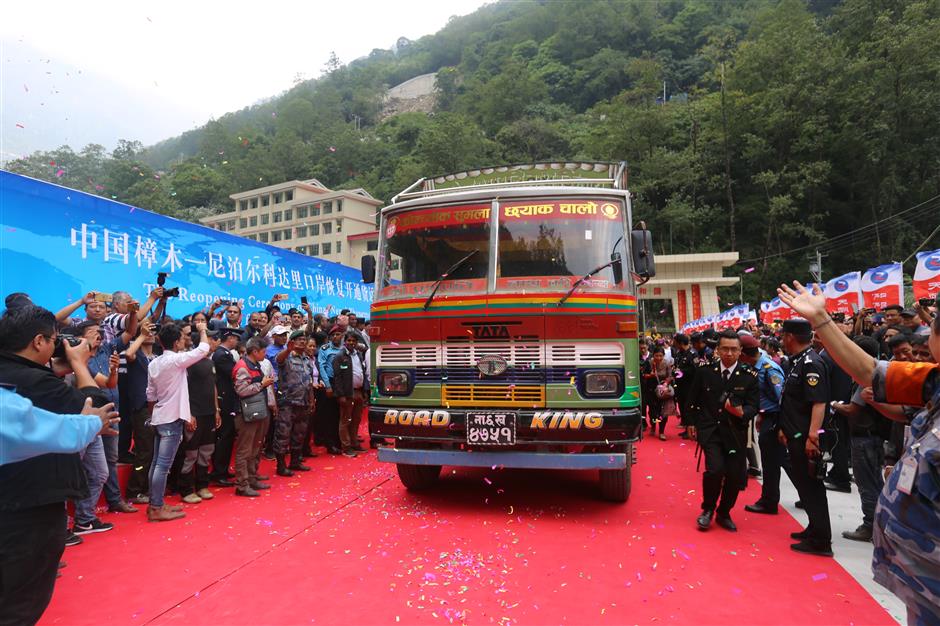 A truck goes past the Friendship Bridge that connects Nyalam County of China's Tibet Autonomous Region and the Sindhupalchowk district of Nepal on May 29, 2019.

Neighbors are always of great importance for China's diplomacy. With the principles of amity, sincerity, mutual benefit and inclusiveness, China continues to cement mutual political trust and become more open through greater integration with neighboring countries, promoting common development and seeking welfare for peoples in the region.

Since this year, Xi has paid multiple visits to neighboring countries, building a closer community with a shared future.

"China and India are an important neighbor for each other," said Zhu Cuiping, director at the Research Institute for Indian Ocean Economies of the Yunnan University of Finance and Economics.

China is the best and most reliable friend of Nepal, and Nepal can achieve good development with China's help in all areas, said Basudev Sharma, a retired civil servant from Nepal's Ministry of Foreign Affairs.

When asked about China's commitment to further opening-up and its move to attract more foreign investment and expand imports, Nepalese Ambassador to China Leela Mani Paudyal told Xinhua earlier this year that "This is the beauty of China's development."

"That is why we support China's development, because China is not only developing its own economy and improving the living conditions of its own people, but also supporting others, continuously supporting others to come forward from underdevelopment or solve their development-related problems," he added.