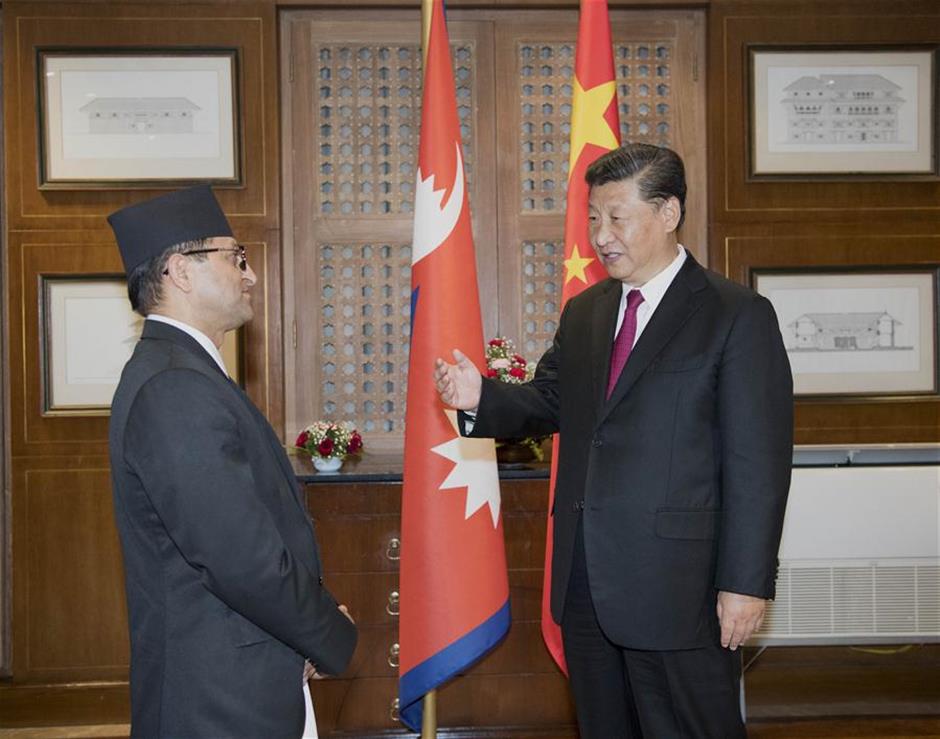 Chinese President Xi Jinping said here on Saturday that the Chinese side stands ready to enhance communication and cooperation with the Nepali legislatures and jointly consolidate the friendship between the two countries.

Xi made the remarks when meeting with Chairman of National Assembly of Nepal Ganesh Prasad Timilsina.

Not long after his arrival, Xi said, he has been deeply impressed by the warmth and hospitality toward China shown by the president, prime minister, ministers, party leaders and the people of Nepal.

Xi said that it is demonstrated that the China-Nepal friendship, standing as high and magnificent as the Himalayas, has taken deep root in Nepal, which has further consolidated the confidence in developing friendly bilateral relations.

Extending welcome to Xi on behalf of the National Assembly, Timilsina said it is an honor of all the Nepali people to receive the Chinese president.

Under Xi's wise leadership, China has made remarkable achievements, he said, adding that he believes the Chinese Dream of national rejuvenation will surely come true.

Nepal thanks China for its long-term and selfless support, and will continue to stand firm in upholding the one-China policy and will not allow any forces to engage in anti-China separatist activities in Nepal, Timilsina said.

Timilsina said his country is lucky to participate in the joint construction of the Belt and Road, and is convinced that the great initiative will score an even bigger success.

The National Assembly of Nepal is ready to strengthen communication and cooperation with the Chinese legislatures and make efforts to promote the Nepal-China friendship, he said.