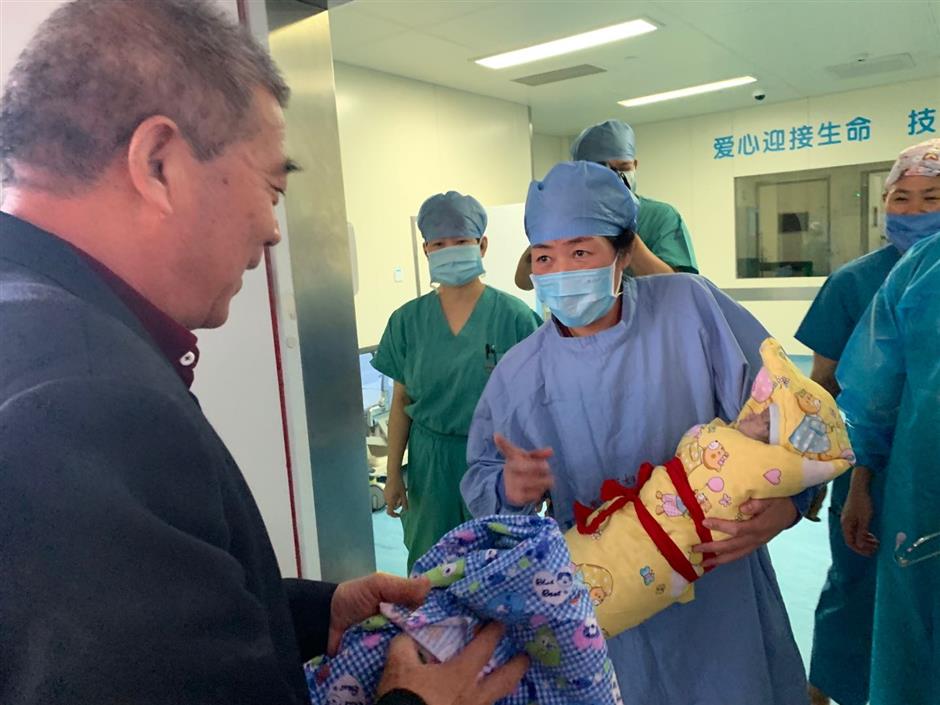 A 67-year-old woman has given birth in China, a hospital in Shandong Province said on Monday. The woman and her husband are the country’s oldest couple to conceive a baby naturally.

“The child was bestowed on the two of us by heaven,” Tian’s 68-year-old husband, surnamed Huang, said.

Tian told Jinan Times that she only discovered she was pregnant when she went to the hospital for a health check.

“I didn’t want it, initially,” she said. The new baby girl was called “Tianci,” or “gift from heaven.”

The Jinan Times said Tian already had two children, including a son born in 1977, two years before China imposed a one-child policy.

In 2016, Beijing relaxed the one-child policy, allowing families to have two. While Tian’s age makes her an outlier, women in China are increasingly delaying childbirth or choosing not to have children after decades of strict family planning policies that have made small families the norm.

The age at which the average woman has her first child rose from 24.3 years in 2006 to 26.9 years in 2016, an Economist Intelligence Unit report said this year.

While the two-child policy has had a smaller effect on China’s birth count than expected, it has prompted more older women to consider a second children child.

Around 51 percent of newborns in 2017 were second children, compared with around 40 percent in 2016, the EIU said.

Other women in their 60s and 70s have given birth in recent years, mainly after fertility treatment.