Agreements on 35 projects, with a total investment of 29.03 billion yuan (US$4.15 billion), were signed at the 2019 China Wujiang Investment & Trade Fair in Wujiang District of Suzhou City in Jiangsu Province recently.

Li Ming, director of Wujiang District, met a delegation headed by Mitrano Cosmo, mayor of Gaeta from Italy, during the fair. The Italian delegation visited Wujiang from October 21 to 24.

The district also signed an agreement on friendly exchanges with three Italian cities at the fair.

Currently there are 34 Italian investment companies in Wujiang, with a total investment of more than US$340 million. 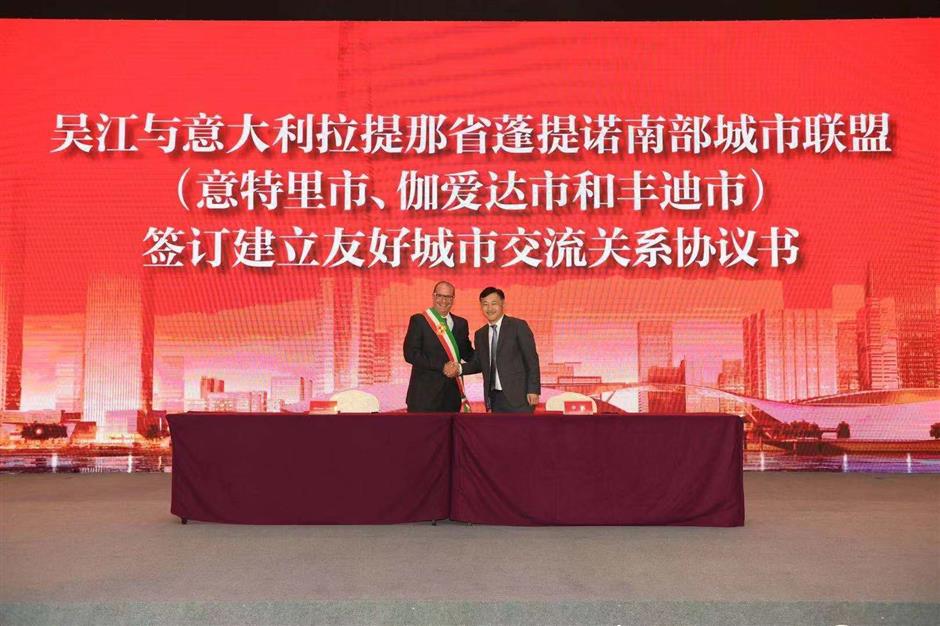