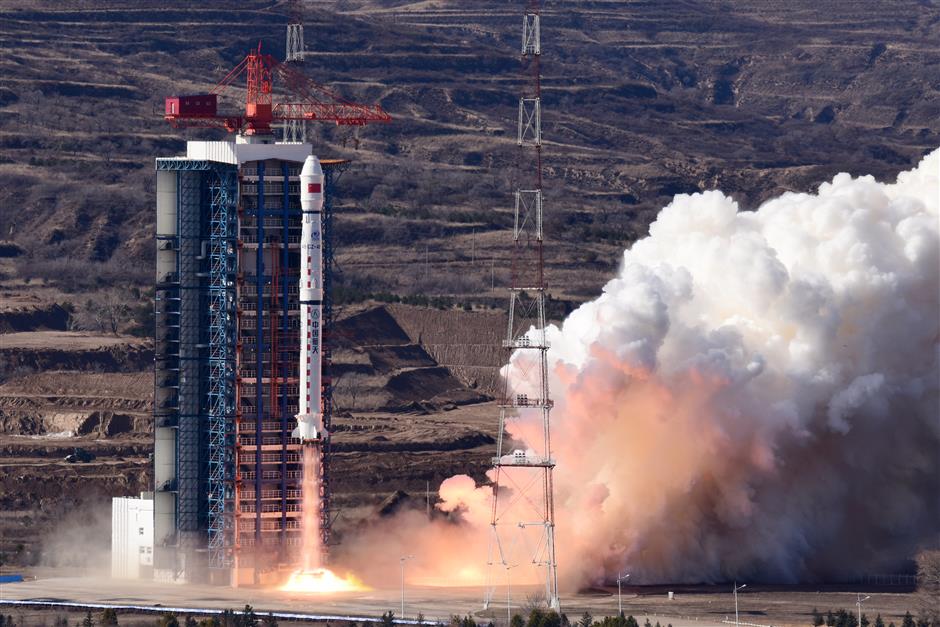 China on Sunday launched a new Earth observation satellite, Gaofen-7, which will play an important role in land surveying and mapping, urban and rural construction and statistical investigation, according to the China National Space Administration (CNSA).

The users of the Gaofen-7 satellite will be mainly from the Ministry of Natural Resources, the Ministry of Housing and Urban-Rural Development and the National Bureau of Statistics.

Via the same carrier rocket, three other commercial and scientific experiment satellites including one developed for Sudan were also sent into space.

It can obtain high-resolution optical 3D observation data and high-precision laser altimetry data and can realize 1:10,000 scale satellite 3D mapping for civil use in China, according to CNSA.

The satellite can meet the needs of users in basic mapping, global geographic information, monitoring and evaluation in urban and rural construction, agricultural survey and statistics, etc.

Cao Haiyi, chief designer of Gaofen-7 from CAST, said the satellite also has excellent positioning accuracy. For instance, it is able to accurately locate the roads in the countryside.

The new satellite will work together with other Gaofen satellites to form an Earth observation system with high resolution and high positioning accuracy, which will help promote international sci-tech industrial cooperation through data sharing and support the Belt and Road initiative, said Wang Xiang, chief commander of the Gaofen-7 satellite project.

Since the Gaofen project began in 2010, China has had an increasingly clearer view of the planet. Launched in April 2013, Gaofen-1 can cover the globe in just four days.

Gaofen-2, sent into space in August 2014, is accurate to 0.8 meters in full color and can collect multispectral images of objects greater than 3.2 meters in length.

Gaofen-5, launched in May 2018, has the highest spectral resolution of China's remote sensing satellites.

Gaofen-6, launched in June 2018, has a similar function to that of Gaofen-1, but with better cameras, and its high-resolution images can cover a large area of the earth.

Data from the Gaofen series satellites have been widely used in more than 20 industries across China. The project has helped reduce China's dependence on foreign remote sensing satellite data.

The focus of the project will be shifted to application in the future. An advanced land, atmosphere and ocean observation system is expected to be completed in 2020 to provide services for modern agriculture, disaster prevention and mitigation, resources and environmental management and public security protection, said CNSA.