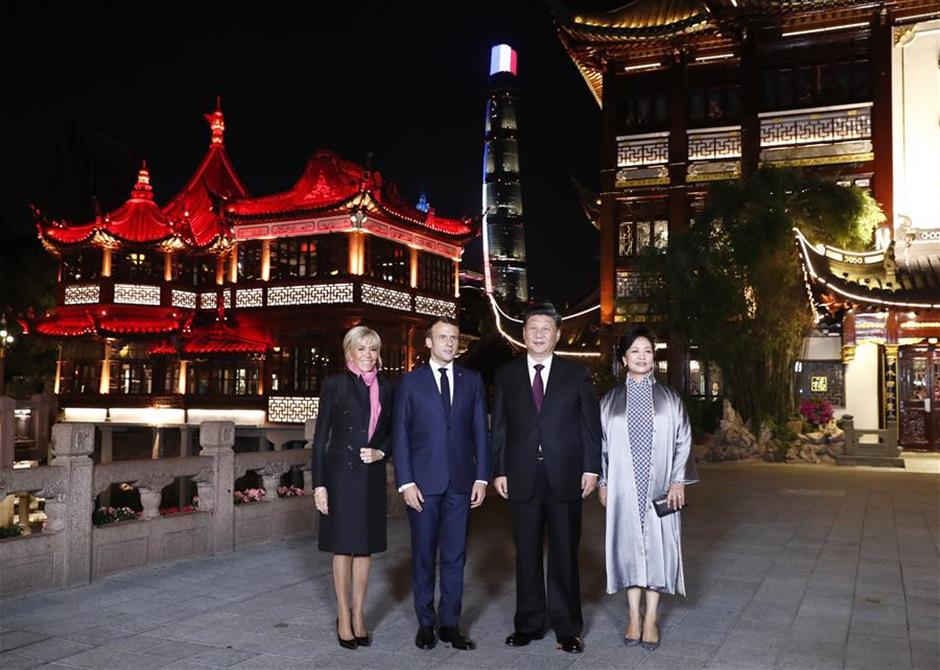 Chinese President Xi Jinping and his wife Peng Liyuan meet with French President Emmanuel Macron and his wife Brigitte Macron at the Yuyuan Garden in Shanghai, east China, on November 5, 2019.

Upon arrival at the Yuyuan Garden, Macron and his wife were warmly welcomed by Xi and Peng. The two couples walked in the garden and enjoyed the scenery.

Xi said he welcomes Macron to visit China again and come to Shanghai for the first time.

"My wife and I choose the Yuyuan Garden to treat Mr. President and your wife so that you can appreciate the beauty of Chinese gardens and traditional Chinese culture," Xi said.

Different cultures can co-exist in harmony. As representatives of Eastern and Western civilizations, China and France should respect each other, exchange with and learn from each other, Xi said.