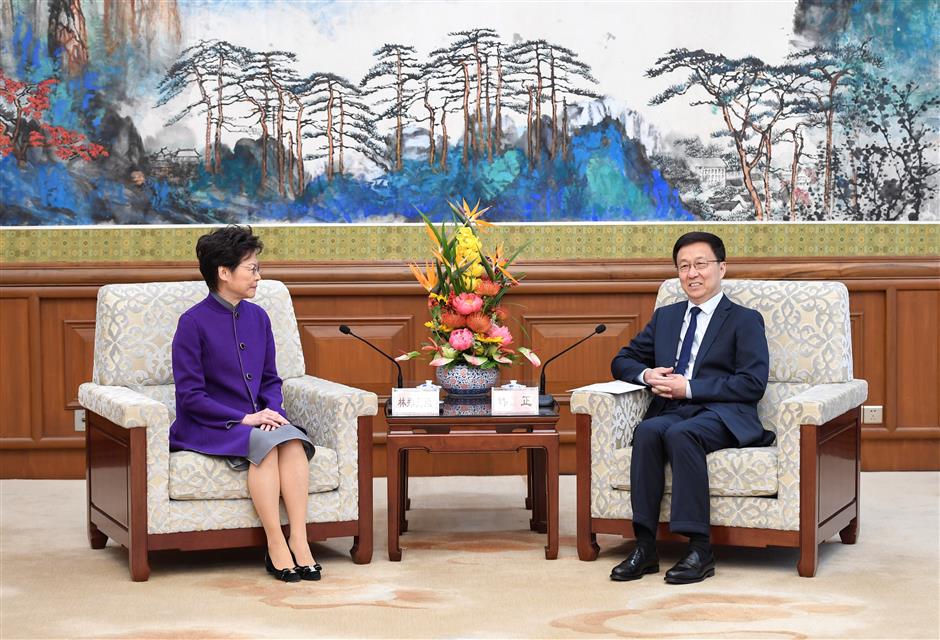 Han, a member of the Standing Committee of the Political Bureau of the Communist Party of China (CPC) Central Committee and head of the leading group for developing the Guangdong-Hong Kong-Macao Greater Bay Area, made the remarks while presiding over a meeting of the group in Beijing.

The meeting highlighted the study on the implementation of the spirit of the fourth plenary session of the 19th CPC Central Committee, discussions of the roll-out of beneficial policies and measures for Hong Kong and Macao, and plans for the major tasks of the Greater Bay Area's next-stage development.

Upholding the principle of "one country, two systems," maintaining lasting prosperity and stability in Hong Kong and Macao, and advancing the process toward the peaceful reunification of China represent one of the prominent advantages of China's state system and governance system, Han said.

The vice premier called for giving full play to the unique roles of Hong Kong and Macao and making the two regions models of the country's greater opening-up and high-quality development.

Han urged solid implementation of policies in advancing the Greater Bay Area's development, solid work on the primary task of accelerating innovation in science and technology, and enhancing connectivity both in infrastructure and mechanisms in the area.

He called for more gains from the Greater Bay Area's development to benefit the people, stressing a sense of fulfillment for the people in Hong Kong and Macao, especially the youth.