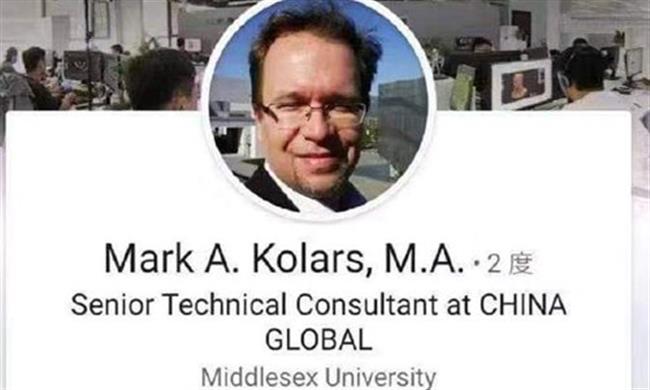 Mark A. Kolars, a former employee of the Chinese Academy of Sciences who posted racist comments online, has had his residence permit canceled and was ordered to leave before his visa expires, the Entry-Exit Administration of Beijing Public Security Bureau said on Friday.

The Automation Institute of the CAS said it had terminated the contract with Kolars, an Austrian citizen, after he was found to have posted racist comments on his LinkedIn account.

According to screenshots that went viral, Kolars’ posts read: "not racism, just don't like dirty yellow guys, talking trash all day long…” and “they [Chinese people] can improve by diversifying their existing gene pool by blending with other races and naturally enhancing their offspring" and "Europe is a benchmark which China will never reach. Not smart enough. Inbreeding for too long."

CAS started investigating Kolars on Tuesday afternoon and the Automation Institute announced the termination at 5:30pm Thursday on Sina Weibo.

Kolars on Tuesday night apologized on LinkedIn, saying the posts "were inappropriate and racist in nature and hurt the feelings of my Chinese friends and colleagues, and caused a very bad impact in the society."